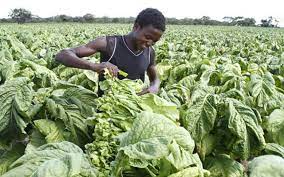 TOBACCO is Zimbabwe’s second-biggest foreign currency earner after gold, having generated about US$748 million from 184 million kilogrammes exported to countries such as China, South Africa, Indonesia, Belgium and the United Arab Emirates last year.

Tobacco Industry and Marketing Board (TIMB) chief executive officer Andrew Matibiri (AM), who is preparing to leave the tobacco industry regulatory body next month after 12 years of service, told The NewsHawks’ business reporter Dumisani Nyoni (DN) in an interview that, as a way of keeping the auction system running, they were rolling out the Tobacco Input Credit Scheme (TICS) to support farmers with inputs, working capital and technical expertise. Below are excerpts of the interview:

DN: What are the roles or functions of TIMB in Zimbabwe’s tobacco industry?

DN: In your system of grading tobacco, what are the factors that influence the grade and therefore price?

DN: In recent years, particularly after the land reform programme, the production of tobacco by small-scale farmers has dramatically increased. Has there been a corresponding improvement in quality with the increase in crop production?

AM: Yes, we have recorded an increase in quantity and also on quality, for example in 2017, 57% of total production was of fair to high quality.

DN: From your observation, who delivers most of the tobacco crop?

AM: Small-scale tobacco farmers who delivered 58% of tobacco produced in the country in the 2020 farming season.

AM: Tobacco growers who sell through the auction floors are self-funded, they support their own tobacco production until they sell on the market. With the limitations on access to funding from the banks because of lack of collateral, most farmers are now opting for contract farming. That is why tobacco sales on the auction floors have declined.

DN: Are there any plans to correct this trend?

AM: Certainly, there are plans to keep the auction system running. The only way that can be achieved is to ensure farmers have access to more funds at their disposal. The government recently introduced the Land Agricultural Development Bank of Zimbabwe (LADBZ) to provide financial support to all categories of farmers. As TIMB, we are also rolling out the Tobacco Input Credit Scheme (TICS) to support farmers with inputs, working capital and technical expertise.

DN: For the last farming season and the current one, what were the quantities, comparatively? Did we get more tobacco deliveries compared to the current season?

AM: For the 2020 farming season, we recorded 184 million kg of tobacco sold and for this season the auction floors open on the 7th of April 2021.

DN: What are your expectations this season in terms of tobacco yield and deliveries?

AM: The estimated volumes expected to be received are still being worked on with a preliminary report capturing the estimates having been shared with key stakeholders on the 9th of March. The report took some time to produce as some contractors took long to submit some required documents. Once approved, the report will then be circulated in due course.

DN: Recently, tobacco farmers tabled a series of demands that they want the Reserve Bank of Zimbabwe and TIMB to address before this year’s marketing season kicks off. One of the demands is that the TIMB must finalise an assessment to see if contractors complied with minimum support packages provided to growers. Farmers felt that not all contractors were compliant. How far have you gone in addressing some of these demands?

DN: Lastly, as you leave TIMB in April this year, what is your word of advice to tobacco farmers?

AM: The advice for farmers is that they must stick to basics during production and always aim for quality to ensure the viability of their ventures.