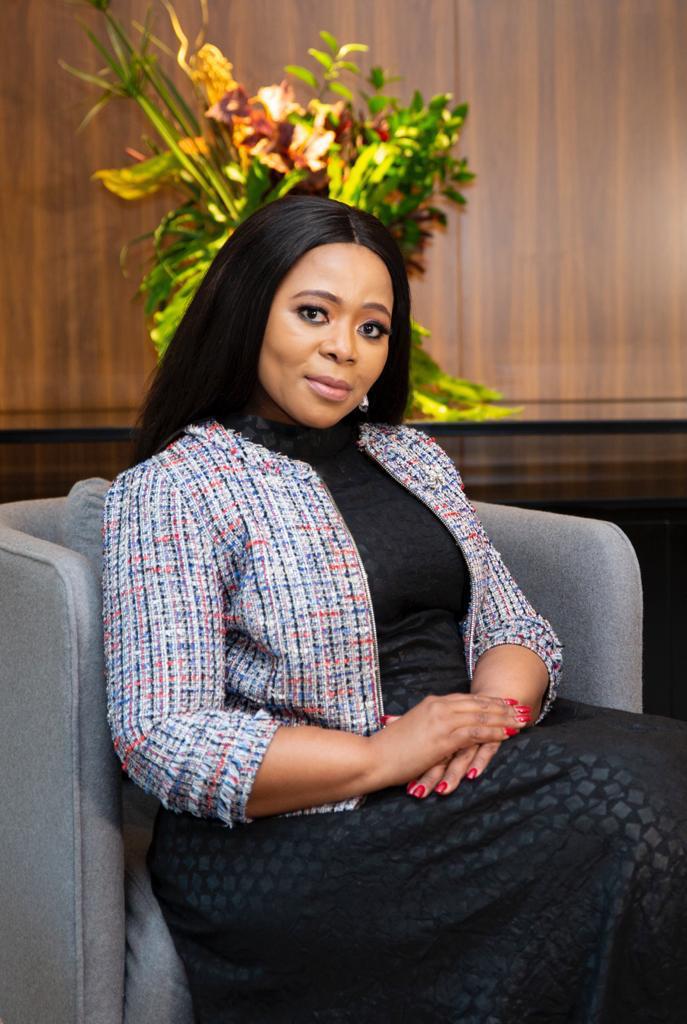 BRAND South Africa’s Country Head for the United Kingdom (UK), Pumela Salela (pictured), has again been recognised for her sterling work in managing the reputation of the country.

Brand South Africa is the official custodian of South Africa’s nation brand with behind its drive in the UK. The hardworking Salela was awarded the prestigious Euroknowledge Leadership Award 2022 on April 9.

“Let me thank from the bottom my heart those who saw me fit to be deserving to have this award bestowed upon me,” she said with humility. “It was totally unexpected and pleasantly surprising. I was diligently doing my work when I received such correspondence from the organisers.

The award is given specially to very dynamic business leaders with a great track record of creating and building great global institutions that have made far-reaching and positive contributions to several nations.

Besides flying the South African higher in the UK, Salela has on many occasions spoken about how she has also prioritised positioning Africa to be force to be reckoned with in the world.

“I have travelled to about 37 African countries, and my goal is to travel to all of them. Africa is at the centre of my vision and I know it is going to be possible for me to do this. I am someone who’s very patriotic and love playing a role in showcasing Africa as a continent that is equally capable in the global space.”

Organisers of the prestigious Euroknowledge award lauded Salela when they said: “This award is given specially to very dynamic business leaders with a great track record of creating and building great global institutions that have made far-reaching and positive contributions to several nations.”

Euroknowledge said it had had followed Salela’s great leadership and business track record of building lives and top organization to achieve success.

“We are also beyond impressed that you continue to invest your resources, skills, experience into new ventures internationally,” read the message.

The Brand South Africa’s head in the UK was presented the world renowned Euroknowledge Leadership Award at The House of Lords, London United Kingdom at a glittering event that was graced by doyens of the business community, policy makers, entrepreneurs, politicians, opinion leaders and the media.

What work of excellence motivated the organisers to bestow such a prestigious accolade on her?

The high-flying South African brand leader’s star has always been among the brightest in the continent. In 2018 she was featured as a “Powerhouse” in Destiny magazine. She is the 2018 recipient of the African Achiever Award. In 2019 she received the BRITISH Award for African Development. Prior to serving in this role Salela was the Chief Director for Economic Policy Development and Planning at the then Department of Economic Development in South Africa.

The list of achievements goes on. The Rockefeller Foundation acknowledged Salela’s contribution and innovation in formulating systems which address poverty by selecting her to be one of the 18 global recipients of its inaugural Global Fellowship on Social Innovation – which made her the only South African to receive such an honour.

Africa’s respected nation brand specialist Pumela Salela  also worked as a Consultant for the World Bank, based at the organisation’s headquarters in Washington D.C., United States.

These were preceded by her meteoric rise at the then Department of Trade and Industry where she was a Director: Business Process Outsourcing (BPO) after she served time as a Deputy Director for Investment Promotion at the Trade and Investment South Africa (TISA).

A thought leader on competitive identity, Salela has also been a lecturer in Strategic Brand Management at VEGA – The School of Branding.

She has since been elected the Chairperson of the Nelson Mandela Scholarship Alumni Association and a Mentor to the Graca Machel Scholars.

Her lustre was canonised in 2013 when she was featured in the book with an apt title: “South Africa’s Most Inspirational Women”. And the 2018 recognition by Destiny was a follow up to her 2012 profile as one of “South Africa’s Young and Powerful Achievers” and the 2013 the showcase as one of “the Top 40 young leaders, innovators and job creators in South Africa”.

Her passion for entrepreneurship is insatiable. She has also served as an On-air Advisor to investors on an Entrepreneurship Television Show called Rize Mzansi (Rise South Africa).

With this experience, expertise and commitment to contributing to brand positioning South Africa as a viable destination for investment and tourism while at the same time helping to open market access opportunities for “Made in Africa” service and product brands, nobody will have a whiff of doubt that our country is well represented in Salela.