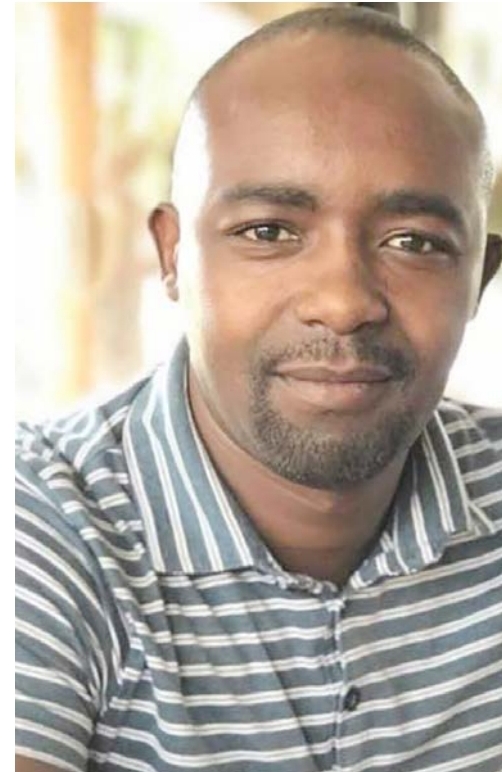 A HARARE-BASED innovator and entrepreneur, Ignatius Munengwa (pictured), has reported prominent lawyer Phillipa Phillips to the Law Society of Zimbabwe for allegedly failing to declare an alleged conflict of interest when she represented his company M-Comm Africa (Pvt) Ltd against Econet Wireless in High Court cases HC8299/17 and HC7734/19, in which the innovator accused telecommunications giant of stealing an idea he had presented to the company for a partnership.

Munengwa believes Phillips undermined his case, resulting in him withdrawing the matter from the High Court last year after Justice Chatukuta sought comments on an alteration to summons she had made on his behalf.

Munengwa told The NewsHawks that when it became clear his lawyer was refusing to respond within the timeframe set by the High Court, while also withdrawing her services at a critical time, he withdrew the matter from court to pursue it through the Postal and Telecommunications Regulatory Authority of Zimbabwe (Potraz).

In an earlier meeting, Potraz officials had informed him they could not intervene as long as the matter was in court, although the authority offered a blinding platform to resolve the issue.

Potraz started investigating the complaint in May this year while the LSZ has been on the matter since October last year.

Phillips, who at one time served as a lawyer to former president Robert Mugabe’s son-in-law Simba Chikore, as well as a director in dodgy airline Zimbabwe Airways, is a partner at Phillips Law, a local boutique law firm specialising in immigration; citizenship, compliance and corporate law.

“I am raising a complaint against the lawyer Phillippa Phillips and the law firm, Phillips Law on a matter of failure to
disclose what appears to be a conflict of interest whilst she represented our company, M-Comm Africa (Pvt) Ltd against Econet, in the above-mentioned case. Phillipa Phillips owns the legal practice Phillips Law and is also involved as a director in an entity, Esoft (Pvt) Ltd, which is, among other things, an agent/affiliate of Econet in Harare,” Munengwa wrote to the LSZ.

“I have confirmed that during the time that Phillips Law represented our company between July 2019 and February 2020, a relationship between Esoft (Pvt) Ltd and Econet had been, and was still in effect. The head office address of its business on their website shows the same address as Phillips Law: Suite 101 Sanlam Centre, Newlands, Harare. As of the end of September 2020, the branding on the Esoft (Pvt) Ltd premises still indicated an affiliation with Econet as per images attached hereto. At no point was I advised that my lawyer had a potentially conflicting
interest.

“Even if she acquired no knowledge that compromised either party and she did not in any event have personal dealings with Econet; had I known that she had an interest in a business that is so closely associated with my adversary, I might not have engaged her. As a director of a company there is definitely some form of responsibility towards, possible benefit from and therefore interest in, that entity. Consequently, a potential for conflict does arise where matters to do with Econet are concerned. The failure to disclose her interests violated the duty of confidence to me.”

Munengwa said Phillips’ conduct may have compromised his chances of fair representation and prejudiced him in the case. Following Munengwa’s letter, LSZ executive secretary Edward Mapara wrote to Phillips on 23 October 2020 advising her of the complaint. Phillips responded to Mapara on 26 October 2020 arguing that Munengwa’s case had no merit because her law firm had fulfilled its mandate. She also indicated the complainant had suffered no prejudice and that there was no conflict since she had resigned as a director of Esoft on 8 March 2019, “and this was long back before the complainant engaged me for the case in question”.

She argued in the letter that she was hired with a specific mandate to amend summons previously issued under case HC8299/17 by Munengwa’s attorneys, at the time Donsa Nkomo Legal Practitioners.

Phillips highlighted that she filed the amended summons, while “consulting him every step of the way”. She said Munengwa was however consulting other lawyers on the side and constantly asking her to alter documents, a reason she said could have resulted in his previous lawyers renouncing agency.

“However, despite all these issues and obstacles, I completed and handled my mandate professionally and ethically following the direction and instruction provided by the complainant. To that end the summons were amended and filed with a clear and defined mandate from the client,” Phillips said.

She said her former relationship with Esoft — which she said was her husband’s company — did not prejudice Munengwa.

Phillips said Munengwa had not stated the conflict and how it prejudiced and affected him.

“During my time as a director at Esoft, I was a dormant, non-executive director and did not involve myself in the day-today running of the business. I did not and could not have obtained any information from the defendant (Econet) that could have prejudiced the client because of Esoft’s relationship with the defendant. A relationship being inferred from Esoft being an agent selling insurance namely EcoCash Moovah.”

Mapara asked Munengwa to respond to Phillips’ response and he did so in a letter dated 7 December 2020, where he argued that Esoft had a solid relationship with Econet.

Munengwa also argued that Phillips was still a director of Esoft when she represented him. He submitted the company’s annual returns and the CR14 as evidence.

“On the contrary, annual returns submitted by Phillips Law in its capacity as secretary clearly state that Ms Phillips was a director as at the date of the AGM, being 27 June 2019. While I would agree that it is common cause for documents at the Deeds and Companies Office to take time to be processed, this would not be a valid reason for late submission of documents to the said office,” Munengwa argued.

“The annual returns indicating that Ms Phillips was still a director were only submitted to the Registrar of Companies on 19 August 2019 and processed on 8 January 2020. The company directorship is further confirmed by the CR14, which lists Ms Phillips and her husband Mr Sadza as the directors, and Phillips Law as secretary. At the time of submission of the annual returns, the documentation states that Ms Phillips was a director of Esoft and as such, should have declared her interest to me.

“I would not have chosen to continue working with a lawyer running an Econet franchise as this would have represented very clear conflict of interests.”

He also argued that Esoft had a material relationship with Econet.

“From common franchising business practice, no entity places their logo and brand on a business without a defined agency or franchising relationship. To operate under the brand of another entity requires terms and conditions that ensure the brand is properly represented since it is an extension of the principal. Esoft was entrusted to represent Econet and its subsidiary brands to the market. There was likely a commercial benefit through the
brand equity of Econet, in having the public seek services through the Econet Shop,” he said.

“Econet provides their franchisees with training and funds the full branding and equipping/furnishing of the Econet Shops. Econet were due to remove their branding but where delayed due to Covid-19. Since I reported this matter to the Law Society beginning of October 2020, all branding and furniture/fittings belonging to Econet has since been removed.”

Munengwa’s complaint over Econet’s alleged unethical business practices is now being investigated by Potraz following a meeting with director-general Gift Machengete on 19 May followed by a letter dated 28 May in which the company outlined its conflict quarrel with Econet.

He said M-Comm Africa, through Munengwa, approached Econet Wireless in October 2011 with a proposal to partner the company with the provision of panic button rapid response security services. Munengwa said he continued engaging Econet until June 2015, when the then chief commercial and customer services officer of Econet, Stanley Henning, responded advising that the company would not pursue the idea.

In November 2015, however, Econet launched “Connected Home”, which included a Panic Button and Rapid Response Service.

Chiwenga back in Zimbabwe after Beijing Covid-19 scare