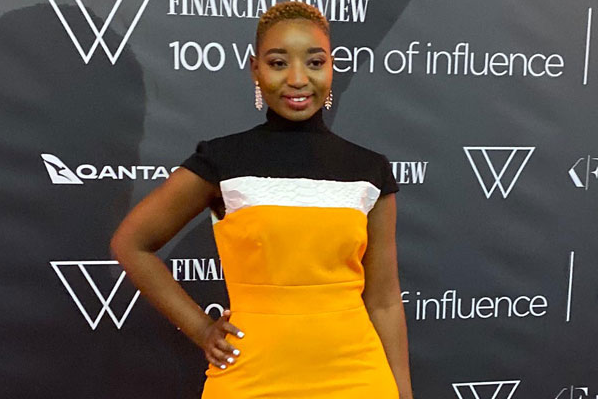 THE filing of a rape case by Australian-based Zimbabwean Susan Mutami (pictured) against the President Emmerson Mnangagwa may not go beyond the police station file cabinet, legal experts have warned.

Mutami filed the case with police in Queensland, Australia, for the offence that was allegedly committed 18 years ago in Kwekwe, Zimbabwe.

Legal expert Musa Kika told The NewsHawks that the case can be reported in Zimbabwe, but can only be taken up after Mnangagwa leaves office.

“If she reports in Zim(babwe), her case can be attended to (at law and not at politics), because it is still within the 20-year prescription period for criminal offences in terms of the Criminal Procedure and Evidence Act,” Kika said.

Mutami alleges she was sexually abused by Mnangawga when she was just 15 in 2004 and she has reported the matter 18 years later.

The President, however, has immunity from prosecution, so the matter can only be taken up in 2023 if he loses the election or in 2028 after serving a second full term.
Section 98.1 of the constitution says: “While in office, the President is not liable to civil or criminal proceedings in any court for things done or omitted to be done in his personal capacity.”

Police in Queensland hinted that they have no power to deal with the matter and will refer it to international jurisdictions.

“For confidentiality and privacy reasons, we are unable to provide any information other than to advise Queensland Police will liaise with and refer any inquiries to international jurisdictions,” Matt Adams, senior media and public affairs adviser (Queensland Police) said.

Kika warns that international jurors may not have jurisdiction over this case.

“Common law rape (unless done as a crime against humanity), is not an extraterritorial or universal jurisdiction offence. So Queensland Police can’t do anything here. This offence was wholly committed in Zimbabwe and only Zim authorities can try the matter,” he said.

A lawyer who spoke to The NewsHawks on condition of anonymity echoed Kika’s sentiments, saying arresting a sitting president would jeopardise diplomatic relations between Zimbabwe and Australia.

“The case is largely a political statement that has been made. In terms of real legal value it is difficult to implement. It is difficult for you to arrest a sitting head of state especially if you are a foreign government, it messes up the entire diplomatic relations between the two countries. If it was an ordinary citizen or maybe a cabinet minister, they would be arrested once they set foot in Australia, but ED will just evoke diplomatic immunity,” she said.

Another legal mind practising in Zimbabwe is of the view that Mutami’s claims of abuse may land her in trouble if she makes the report locally and she could end up being the one arrested.

“It’s an assertion of a remedy that is not locally available. There are no chances that Zimbabwe police will accept the report, let alone act on it. On the contrary, she may end up being the one arrested herself on some charge or another. She already shared her airport experience as an example,” he said.

Earlier this year, as Mutami was leaving Zimbabwe, she was detained at Robert Mugabe International Airport for hours on end and she opened a case against the minister of Home Affairs, which is gathering dust in some office somewhere.

The lawyer added that the likelihood of getting justice is unlikely, as the Zimbabwean police blocked her on Twitter, where she made much of the claims.

“Just as an illustration that she won’t get any justice in Zimbabwe, the Zimbabwean police blocked her on Twitter,” he added.

The most realistic, but still improbable solution to the Mutami allegations would perhaps be impeachment.