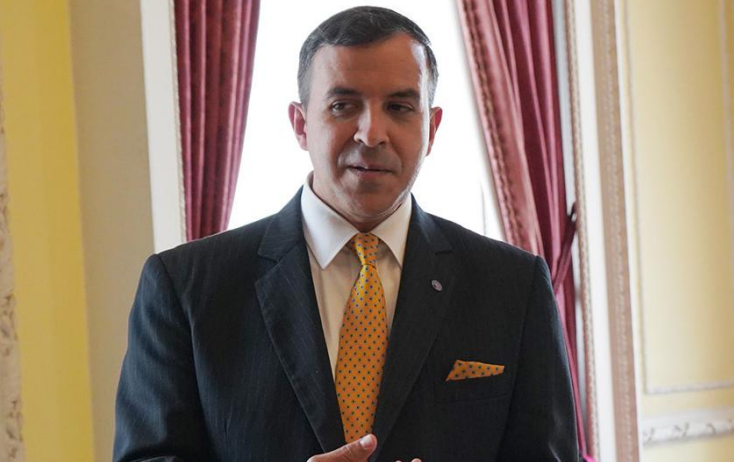 PRESIDENT Emmerson Mnangagwa has begun releasing jailed opposition activists ahead of a visit to Harare by a Commonwealth delegation led by assistant secretary-general Professor Luis Franceschi from 12 to 18 November to assess if the country is ready to rejoin the club.

Sithole, the member of Parliament for Chitungwiza North, was arrested together with CCC leader Job Sikhala and 15 other members on charges of fomenting unrest following the murder of party activist Moreblessing Ali. Sikhala, who has been denied bail eight times, has remained behind bars awaiting trial.

His trial is due to commence on 12 November — the date of the delegation’s arrival. “A Commonwealth team will be in Zimbabwe from 12-18 November 2022 at the invitation of President Emmerson Mnangagwa to assess the progress that the country has made following the application it submitted to rejoin the Commonwealth in 2018.

“The mission led by assistant secretary-general, Professor Luis Franchesci will be visiting the country for the third time in line with Zimbabwe’s re-engagement thrust that seeks to reset and rekindle its foreign relations in order to create a conducive and supportive environment for the successful implementation of NDS 1 [National Development Strategy] and realisation of Vision 2030,” read a Press statement by the ministry of Foreign Affairs.

Zimbabwe quit the Commonwealth in 2003 after clashes between the club of mostly former British colonies and the late ex-president Robert Mugabe over policy conflicts, human rights abuses and violation of the group’s democratic values.

Mugabe, who had ruled Zimbabwe from Independence in 1980, came under criticism over disputed elections and violent land seizures from white farmers between 2000 and 2001.

After toppling Mugabe in the 2017 coup, Mnangagwa initially rode a wave of popularity, even garnering support from Britain to be re-admitted into the Commonwealth. Britain’s benefit of doubt for Mnangagwa was also on the perception that he would roll out political and economic reforms that include the holding of credible elections.

“The UK would strongly support Zimbabwe’s re-entry and a new Zimbabwe that is committed to political and economic reform that works for all its people,” the British foreign office said in a statement in April 2018.

However, Britain later withdrew its support because of the Mnangagwa administration’s failure to reform. Zimbabwe has been falling short of requirements that member states are expected to abide by as stated in the Commonwealth’s Harare Declaration of 1991.

Relations particularly worsened after the January 2019 killings of 21 people by security agents during a crackdown to quell riots sparked by an increase in fuel prices. On 1 August 2018, security forces had also killed six civilians in broad daylight following protests over the late announcement of election results amid vote rigging allegations.

The Harare Declaration sets out the group’s core principles and values, detailing its membership criteria; redefining and reinforcing its purpose and mission.

It protects “liberty of the individual under the law, in equal rights for all citizens regardless of gender, race, colour, creed or political belief, and inalienable right to participate through free and democratic political processes in framing society in which he or she lives. “. . . democracy, democratic processes and institutions which reflect national circumstances, the rule of law and the independence of the judiciary, just and honest government . . .,” reads the declaration.

Mnangagwa has been under scrutiny for maintaining a tight grip on the civic space, quashing dissenting voices and using lawfare against political opponents, according to thinktanks.

With over two thirds representation in Parliament, Zanu PF has promulgated 200 laws since 2017, some of which have been calculated to suffocate the opposition.

The government has presented a lot of amendments and legislation including the Constitutional Amendment Bills No. 1 and 2, the Patriotic Bill, Cyber and Data Protection Act, Freedom of Information Act and the Private Voluntary Organisations Bill (PVO) Bill.

According to an independent think-tank, the Zimbabwe Democracy Institute, national freedom dipped into negative levels in 2021, with a 12.5% deterioration of the state of freedom of the public sphere during President Mnangagwa’s tenure in office, compared to 14.29% under Mugabe in 2017.

In 2018, a Commonwealth Observer Group led by John Dramani Mahama, former President of Ghana, expressed concern about a number of technical and political shortcomings which, in its view, unlevelled the playing field in the 2018 general elections.

“These issues included the acute bias of state media in favour of the governing party; the Zimbabwe Electoral Commission’s (Zec) limitations in the implementation of its mandate; persistent allegations of intimidation; and the unfair use of incumbency privileges.

“The delegation also singled out the post-election violence resulting in fatalities saying it “it marred the final phase of the elections,” according to the Commonwealth Observer Group report.

Mnangagwa has tried to manoeuvre his way into the grouping by seeking help from other leaders in the region. This year, Mnangagwa engaged Rwandan President Paul Kagame to lobby for Zimbabwe’s return into the grouping of mostly former British colonies.

In September, Kagame told Mnangagwa that he needed to start convincing Zimbabweans “that things were fine before he convinces the international community” — on the sidelines of the Africa Green Revolution Forum (AGRF) held in Kigali, Rwanda.

“You need to work hard to change the perception, you cannot bribe your way through it, you cannot just sweet talk some people, even if they say ok, we agree with you, things will not be fine.

“The way the people of their own country feel about what is happening, it will always come out and before you even convince anyone from outside so that they cannot have a wrong perception about you, convince your own people.

“Make sure they are with you and say look, whatever you are saying, we feel there is change, so concentrate on making sure your people are involved, they are benefiting, they can themselves push back on this story of perception,” Kagame was quoted as saying at the forum.

Mnangagwa in October said Kagame has since helped him source US$800 million for a rural electrification programme.