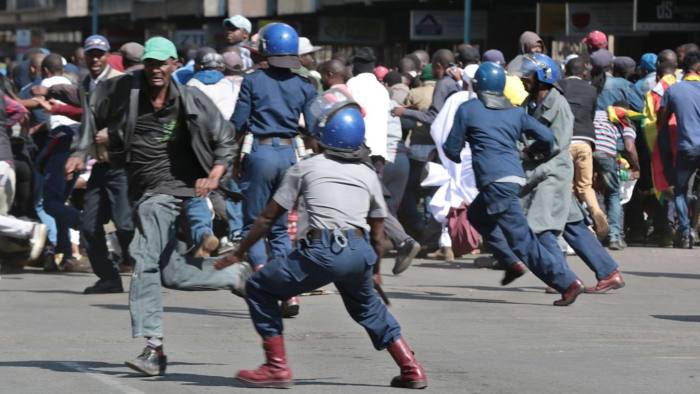 THE Zimbabwe Human Rights NGO Forum has reported a concerning rise in organised violence and torture perpetrated by the police in order to elicit bribes.

BRIDGET MANANAVIRE
The forum, in a report titled: The Many Faces of Corruption: Linking Corruption to Organised Violence and Torture (OVT) released this week stated that many people in Zimbabwe are tortured, interrogated for long hours, held in detention, denied their dignity, paraded as criminals to force them to admit to wrongdoing or extract bribes.
“Most of the victims are people from poor and marginalised backgrounds who often find it challenging to access legal assistance to assert their rights and represent themselves when facing criminal charges,” the coalition of 22 human rights organisations operating in Zimbabwe said in the report.
The human rights organisations reported that after being released, most of the victims of the torture and ill treatment will be “grateful” to their tormentors for being released.
According to the forum, the groups at risk include: domestic helpers, security guards, unemployed youths, sex workers and informal economy workers, “each with troubled and hence exploitable relationships with the state security apparatus”.
“Indeed, torture and ill-treatment on the one hand, and corruption on the other, have long been addressed in both academia and policy circles as two separate domains of knowledge and practice. This despite the fact that police corruption is well documented in Zimbabwe,” the report reads.
“The police often make little effort to veil their demand for bribes, brazenly doing so in public and rarely bothering to question those in detention about any alleged crime. Those who fail to pay are often threatened and unlawfully detained, and at times sexually assaulted, tortured in police custody.”
Many of these abuses are perpetrated as a means to further extort money from ordinary citizens or from fearful family members trying to secure the freedom of those detained, according to the rights organisations.