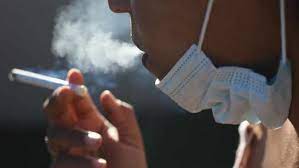 PACIFIC Cigarette Company (PCC), formerly Savanna Tobacco, has come under serious attack from counterfeiters, a situation that has damaged its reputation and distorted its market, chief executive Yves Le Boulengé has said.
Recently, there was an incident in which some smuggled fake tobacco merchandise, bearing the company’s brand names, was seized by authorities at the border between Botswana and South Africa.
Subsequent investigations and tests, however, proved the contraband was a stock of counterfeits, while exposing replication and bootlegging of some big cigarette companies’ products amid rampant smuggling and attendant illicit activities.
Boulengé told The NewsHawks the counterfeit attacks are so serious that the company has suffered reputational damage. The cigarette maker continues being accused, without basis, of smuggling.
“The problem is very, very serious. Pacific Cigarette Company is clearly under counterfeit attack and we are constantly increasing our security technology and working with authorities to try and stamp this out,” he said.
“Apart from the cigarettes impounded on the SA-Botswana border, SA authorities recently also seized Pacific counterfeit cigarettes, smuggled from an Asian country, in Port Elizabeth.”
“Its impact on Pacific Cigarettes is varied. There is of course the reputational damage we sustain when we continue to be accused, without basis, of cigarette smuggling or being an illicit cigarette manufacturer,” Boulengé said.
Boulengé said the counterfeits damage the company’s brand, as they are not manufactured to the requisite quality and standard.
“Counterfeits also distort our markets, revenue, and do not contribute to the fiscus of any economy,” he said.
Asked how these problems can be tackled, Boulengé said: “No wholesale solution has been found for this problem across the world, but cooperation between companies and relevant authorities in terms of information gathering and action based on certified information (basically the enforcement of the intellectual property of the trademark owner), can help curb smuggling and counterfeiting.”
“It’s not something that can be dealt with overnight, but through joint cooperation between manufacturers and the relevant authorities across the region measures can be put in place to address this issue that affects the industry as a whole,” he said.
On whether the company is involved in cigarette smuggling, the PCC chief said it has long been accused of being “an illicit cigarette manufacturer but at no stage have we ever been found guilty of smuggling any cigarettes or charged with such an offence.  These are merely smear tactics.”
He said the accusations have never been substantiated.
“So, the allegations have been made for the past 17 years and in the 17 years, our company has never been charged anywhere with any such offence,” he said.
Boulengé said cigarette smuggling is a global phenomenon which has been in existence since the advent of the industry and long before PCC came into being.
— STAFF WRITER.
Related Topics:
Up Next