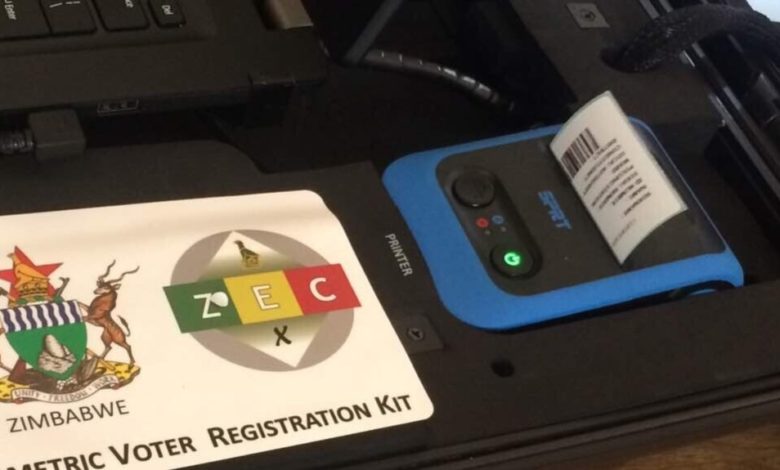 THE non-stop political drama gripping Zimbabwe continued unabated this week, with the Zimbabwe Electoral Commission’s astonishing incompetence pushing the country to the brink of a constitutional poser.

Elections are sacrosanct. Anyone or anything that compromises electoral integrity is a threat to constitutional order. Tampering with elections, for whatever reason, timelines is unacceptable.

Zec’s preliminary delimitation report was so shambolic that virtually every citizen concurs that it is not only fatally flawed but also an affront to the national interest.

The botched report appears to be the outcome of three central issues: the Zanu PF government’s attempt to maximise on the advantages accruing from what the political scientist Blessing-Miles Tendi calls the preponderance of incumbency; Zec’s glaring technical incompetence; and frenetic power play accentuated by the interplay between political factionalism and the deep state.

As we report in these pages today, political scientist Philan Zamchiya and independent think-tanks have warned against the holding of this year’s general elections under the new constituency boundaries created by Zec in its latest delimitation exercise. The experts describe the controversial delimitation report as a constitutional nullity due to the inexcusable errors.

Speaking during Thursday night’s policy dialogue discussion jointly convened by Sapes Trust and the Research and Advocacy Unit, Zamchiya predicted that even though Zec has promised to correct the errors, it was unlikely to do so holistically due to political pressures from the government and the ruling Zanu PF.

“Delimitation is not just a rational process, it is a hot political affair in an authoritarian hybrid regime like Zimbabwe. The regime will always want to tilt the boundaries in their favour. There is supposed to be an independent commission, but its work is affected by the government-party conflation,” he noted.

Thankfully, Zamchiya makes a refreshing intervention. Scrutinising Zec’s botched report through a scientific lens unadulterated by cheap politicking, he correctly observes that in its current form, the delimitation exercise favours Zanu PF, which will win a two-thirds majority if the elections are held using the new boundaries. He says 60 constituencies that were strongholds of the opposition in 2018 have been diluted to favour Zanu PF.

“Zec preferred to use the 40% variance formula instead of the legal 20% in order to favour the ruling party because it will ensure that the opposition would win big in few constituencies where there are overstated voters while Zanu PF will win majority seats on slim margins in mostly rural areas with understated voters.”
“However, on the presidential election race, the formula will favour the opposition candidate because Zimbabwe will be like a single big constituency,” he said.

Zamchiya proceeded to enunciate what he called “elite dis-cohesion” in Zanu PF as supporters of President Emmerson Mnangagwa are fighting the delimitation report while those of Vice-President Constantino Chiwenga are in support of the exercise.

Zanu PF’s internal ructions are indeed a useful barometer of how the delimitation saga is likely to eventually play out. Which leads us to the next big question: What will happen to the delimitation process, going forward, and how will it affect the holding of a general election this year?

Zamchiya envisages four scenarios. “The first one is a stalemate in which Zec will fail to finish the exercise six months before the elections and present an option to revert to 2008 boundaries, which however will be illegal.”

“The second one is of a breakthrough where Zec will correct all the anomalies which will favour the opposition, but this one is unlikely due to authoritarian rule that exists in the country.”

“The third one is a drag-through where elections will be postponed to allow Zec more time to come up with an acceptable delimitation arrangement. However, it is unlikely because hybrid regimes have a penchant to stick to exact timelines on elections in order to satisfy the legitimacy requirement.”

“The fourth one is a muddling-through or seesaw kind of arrangement where Zec will correct some errors in order to pacify some critics and appear like a better devil. This one is the most likely one.”

Contributing to the same public discussion, former cabinet minister Jonathan Moyo said instead of civil society and opposition parties complaining a lot on social media, they were supposed to make written submissions to Zec on the corrections they wanted made on the delimitation draft since what was presented was not a final report.

Interestingly, the former Information minister said that unlike other people who are saying Zec’s errors were the outcome of deliberate political machinations, he believed the blunders were the result of pure incompetence and lack of technical skills within Zec.

This heated debate is far from over, but here is the bottom line: Zimbabwe’s legitimacy in the eyes of the world depends on a free, fair and credible election which must be held this year without fail.

The Zim constitution and justiciable rights

Artificial intelligence: How the technology is transforming PR