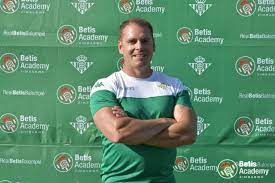 WITH the Tokyo Olympics done and dusted, and Zimbabwe once again emerging medal-less, few people are more qualified to propose a practical way forward than Grant Mitchell.

42-year-old Mitchell played for Zimbabwe at the 2009 Rugby World Cup Sevens in Dubai, the highlight of his playing days. But it is in his post-playing career as a strength and conditioning expert that Harare-born Mitchell has particularly made the greatest sporting contribution to his country.

A vast majority of Zimbabwean sportspersons– both teams and individuals – have been taken through their paces by Mitchell over the past decade: both men’s and women’s national football teams, national rugby team, national cricket team, national hockey teams, Africa’s greatest Olympian Kirsty Coventry, Zimbabwean representative golfers, amongst others.

Golfer Scott Vincent and rower Peter Purcell-Gilpin, Zimbabwe’s only direct qualifiers out of the five that were in Tokyo, have also passed through Mitchell’s capable hands and he says it makes him feel “simple, proud and privileged.”

Just five Olympians, though, is a stark statistic that deceives the great sporting potential of the country, according to fitness guru Mitchell.

“This is not a good sign,” Mitchell told The NewsHawks this week. “We have far more talent than that in Zimbabwe and as a nation we need multiple sport disciplines represented by individuals and teams at the Games. Of the team of five, only Purcell-Gilpin and Vincent formally qualified, so the situation is worse beneath the surface. I would say many athletes watched from home thinking of missed opportunities and felt misguided by their programmes of support.”

No medals for Zimbabwe since decorated swimmer Coventry’s last heroics in Beijing in 2008, but for Mitchell, the performance of the five in Tokyo should give the nation some reason to cheer.

Apart from Vincent and Purcell-Gilpin, Zimbabwe was represented by swimmers Donata Katai and Peter Wetzlar alongside sprinter Ngoni Makusha.

“Each athlete in Team Zimbabwe gave their best,” said Mitchell. “We saw career high rankings, personal bests being set and what we know we get from Zimbabweans in their best effort. Even if it wasn’t enough to progress or medals, the fact that they produced their best-ever performances is highly commendable. Our flag showcased globally and worn with great respect.”

Improving on the last three medal-less Olympic Games and return to the podium in future will take massive change in attitude, mindset and approach.

The NewsHawks asked Mitchell to specify what those changes should be.

“It’s a great question,” Mitchell replied. “However, it’s the same question asked every four years, sadly. And it’s the same answer too. Our athletes need more support in the form of human, scientific and financial resources. Our young athletes need access to professional long-term athletic development pathways and our associations and governing bodies need to do it now. Not tomorrow. A more professional local competition league in all sports will support our local development pathways and local athletes more than what’s in place currently. And, we know life can bring us down, but we need to reverse our mentality and breed the positives intrinsically. Let the growth mindset be at the forefront of decisionmakers, leaders, athletes and all who support the ideal that is progress.”

Mitchell, a Human Kinetics and Ergonomics degree holder from Rhodes University in South Africa, also has a handful of Test rugby caps for Zimbabwe, making his Sables debut at flyhalf against Uganda in a World Cup qualifier in 2004.

He is also a World Rugby strength and conditioning educator.

Let’s celebrate them, but let’s let them go