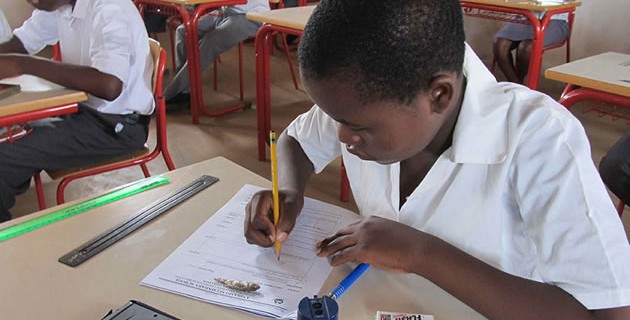 THE Zimbabwe School Examinations Council (Zimsec) has been taken to court by two Ordinary Level students whose results were withheld on allegations of cheating.

In a High Court urgent chamber application, the students, Ashley Mutandwa and Jimmy Chinembiri, are seeking an order compelling Zimsec to release their results.

The court has been told that the two passed a Mathematics paper with flying colours and failed the other one, triggering suspicions of cheating.

Zimsec accused them of having accessed Maths Paper 2 which leaked on social media.

The two wrote their exams at Vimbai High School and passed Maths Paper 2 with high marks, but on some occasions provided wrong workings with correct answers.

Mutandwa and Chinembiri argue that Zimsec has failed to prove that they cheated.

Said Mutandwa in her founding affidavit: “Chinembiri and I are among O Level students that sat for a Mathematics Paper 2 (4004/02) in the November 2020 session.

“Pursuant to having written the examinations, and on the 8th June 2021 Zimsec communicated to our respective schools that it had withheld all our results based on the basis that we were part of a group of students who had ‘accessed’ the Mathematics Paper 2 question paper via social media.

“It is shocking that Zimsec has failed to link either of us to the examination malpractice.

“For a greater reason, Zimsec’s evidence is only circumstantial in that it basis its allegations on the fact that both of us passed ‘with high marks’ in Paper 2 and failed in Paper 1, so that is the link to have committed an examination malpractice,” Mutandwa wrote.

The duo’s lawyer Nyasha Chiota in a certificate of urgency said Zimsec’s decision to withhold the results is preventing the two from progressing.

“Mutandwa and Chinembiri have a right to education and undeniably need to proceed with their studies beyond O-Level, and this requires them to have results early before year end in 2021. Zimsec has not treated this matter fairly and with the urgency that it deserves having regard to the Mutandwa and Chinembiri’s rights at stake.

“Zimsec has dismally failed to prove that indeed there was a commission of an examination malpractice by the Applicants,” Chiota said.

He also said there has never been communication between Zimsec and the students. The matter is pending. — STAFF WRITER.