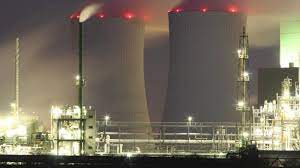 Russian President Vladimir Putin says he has put his nuclear arsenal is a state of preparedness amid his invasion of Ukraine, while he is shelling bombing old nuclear facilities in the neighbouring country.

To understand, the history and current dynamics of nuclear powers and their stockpiles, we provide the narrative below.

AT the dawn of the nuclear age, the United States hoped to maintain a monopoly on its new weapon, but the secrets and the technology for building the atomic bomb soon spread. The United States conducted its first nuclear test explosion in July 1945 and dropped two atomic bombs on the cities of Hiroshima and Nagasaki, Japan, in August 1945.

India, Israel, and Pakistan never signed the NPT and possess nuclear arsenals. Iraq initiated a secret nuclear programme under Saddam Hussein before the 1991 Persian Gulf War. North Korea announced its withdrawal from the NPT in January 2003 and has successfully tested advanced nuclear devices since that time.

Iran and Libya have pursued secret nuclear activities in violation of the treaty’s terms, and Syria is suspected of having done the same. Still, nuclear non-proliferation successes outnumber failures, and dire decades-old forecasts that the world would soon be home to dozens of nuclear-armed have not come to pass.

At the time the NPT was concluded, the nuclear stockpiles of both the United States and the Soviet Union/Russia numbered in the tens of thousands.

Beginning in the 1970s, US and Soviet/Russian leaders negotiated a series of bilateral arms control agreements and initiatives that limited, and later helped to reduce, the size of their nuclear arsenals.

Today, the United States deploys 1 357 and Russia deploys 1 456 strategic warheads on several hundred bombers and missiles, and are modernising their nuclear delivery systems. Warheads are counted using the provisions of the New START agreement, which was extended for five years in January 2021.

Both Russia and China also possess smaller numbers of non-strategic (a.k.a. tactical) nuclear warheads, which are not subject to any treaty limits.

The world’s nuclear-armed states possess a combined total of about 13,080 nuclear warheads. North Korea, the ninth nuclear-weapon state, is estimated to have produced enough fissile material for 40-50 warheads, although the actual size of its stockpile remains unknown.

The nuclear-weapon states (NWS) are the five states — China, France, Russia, United Kingdom, and the United States — officially recognised as possessing nuclear weapons by the NPT. The treaty recognises these states’ nuclear arsenals, but under Article VI of the NPT they are not supposed to build and maintain such weapons in perpetuity.

In 2000, the NWS committed themselves to an “unequivocal undertaking…to accomplish the total elimination of their nuclear arsenals.” Because of the secretive nature with which most governments treat information about their nuclear arsenals, most of the figures below are best estimates of each nuclear-weapon state’s nuclear holdings, including both strategic warheads and shorter-range and lower-yield nuclear bombs, generally referred to as tactical nuclear weapons.

In 2020, the US Department of Defence estimated that China had an operational nuclear warhead stockpile in the low-200s but projected that number could double over the next decade. China has since accelerated its nuclear development, and the Defence Department estimates, as of 2021, that China may have up to 700 deliverable nuclear warheads by 2027 and 1,000 by 2030.

United Kingdom: About 225 strategic warheads, of which an estimated 120 are deployed and 105 are in storage. The United Kingdom possesses a total of four Vanguard-class Trident nuclear-powered ballistic missile submarines, which together form its exclusively sea-based nuclear deterrent.

The United States also has an estimated 100 B-61 nuclear gravity bombs that are forward-deployed at six NATO bases in five European countries: Aviano and Ghedi in Italy; Büchel in Germany; Incirlik in Turkey; Kleine Brogel in Belgium; and Volkel in the Netherlands. The total estimated US B-61 stockpile amounts to 230.

On 5 October 2021, the US State department issued a declassification announcement indicating that the total number of US  “active” and “inactive” warheads is 3 750 as of September 2020.

India, Israel, and Pakistan never joined the NPT and are known to possess nuclear weapons.

India first tested a nuclear explosive device in 1974. That test spurred Pakistan to ramp up work on its secret nuclear weapons programme.

India and Pakistan both publicly demonstrated their nuclear weapon capabilities with a round of tit-for-tat nuclear tests in May 1998.

Israel has not publicly conducted a nuclear test, does not admit or deny having nuclear weapons, and states that it will not be the first to introduce nuclear weapons in the Middle East. Nevertheless, Israel is universally believed to possess nuclear arms, although it is unclear exactly how many.

Israel: An estimated 90 nuclear warheads, with fissile material for up to 200.

States that Declared Their Withdrawal from the NPT:

North Korea: Estimated as of January 2021 to have approximately 40-50 warheads.

North Korea operates its five-megawatt heavy-water graphite-moderated reactor to extract plutonium for its nuclear warheads and has done so on an intermittent basis since August 2013. There has also been intermittent activity at North Korea’s reprocessing facility since 2016, indicating that Pyongyang has likely separated plutonium from the reactor’s spent fuel.

Prior to the implementation of the Joint Comprehensive Plan of Action, Iran pursued a uranium enrichment programme and other projects that provided it with the capability to produce bomb-grade fissile material and develop nuclear weapons, if it chose to do so.

Iran’s uranium enrichment program continues, but it is restricted by the nuclear deal. Iran has taken steps to breach those limits in response to the US withdrawal from the JCPOA and reimposition of sanctions but maintains that it does not intend to pursue nuclear weapons. Iran’s nuclear program remains subjected to safeguards by the IAEA, including continuous surveillance at certain facilities, put in place by the JCPOA.

In 2007, Israel bombed a site in Syria that was widely assessed to be a nuclear reactor being constructed with North Korea’s assistance. Syria has refused to cooperate with the International Atomic Energy Agency’s attempts to investigate.

The International Atomic Energy Agency (IAEA), the institution charged with verifying that states are not illicitly building nuclear weapons, concluded in 2003 that Iran had undertaken covert nuclear activities to establish the capacity to indigenously produce fissile material.

As part of this agreement, the IAEA and Iran concluded an investigation into Iran’s past nuclear weapons-related activities. The agency concluded that Iran had an organised programme to pursue nuclear weapons prior to 2003. Some of these activities continued through 2009, but there were no indications of weaponisation activities taking place after that date.

In 2020, the IAEA launched a new investigation into Iran’s possible undeclared nuclear activities. While the investigation concerns materials and activities from the pre-2003 period, the Agency remains tasked with determining what, if any, materials or activities were omitted from Iran’s initial declarations to the IAEA.

Syria: September 2007: Israel conducted an airstrike on what US officials alleged was the construction site of a nuclear research reactor similar to North Korea’s Yongbyon reactor.

The extent of Syrian-North Korean nuclear cooperation is unclear but is believed to have begun in 1997.

Investigations into the US claims uncovered traces of undeclared man-made uranium particles at both the site of the destroyed facility and Syria’s declared research reactor.

Syria has not adequately cooperated with the IAEA to clarify the nature of the destroyed facility and procurement efforts that could be related to a nuclear program.

Belarus, Kazakhstan, and Ukraine inherited nuclear weapons following the Soviet Union’s 1991 collapse, but returned them to Russia and joined the NPT as non-nuclear-weapon states.

South Africa secretly developed but subsequently dismantled its small number of nuclear warheads and also joined the NPT in 1991.

Iraq had an active nuclear weapons programme prior to the 1991 Persian Gulf War, but was forced to verifiably dismantle it under the supervision of UN inspectors. The US-led March 2003 invasion of Iraq and subsequent capture of Iraqi leader Saddam Hussein definitively ended his regime’s pursuit of nuclear weapons.