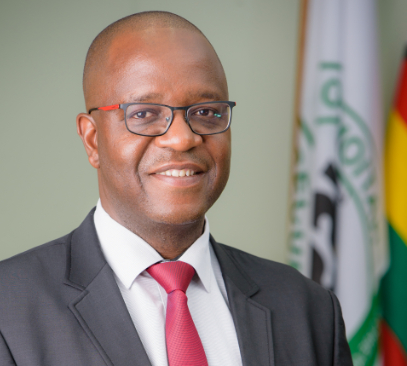 The Zimbabwe Anti-Corruption Commission (Zacc) has launched an investigation into a possible case of criminal abuse of office by a public officer. This comes after The NewsHawks broke a story on how Public Service minister Paul Mavima could have been conflicted in a multi-million-dollar low-cost National Building Society (NBS) project in Harare.

The anti-graft body is now demanding the adjudication documents for the Dzivaresekwa housing project as part of its probe.

The NewsHawks (NH), this week spoke to Tendai Mutseyekwa (pictured), a marketing and communication executive at the National Social Security Authority (Nssa) on the housing project. NBS is a wholly owned subsidiary of Nssa, a statutory corporate body tasked by the government to provide social security. Below are excerpts of the interview:

NH: Give us some background on what the project is about and what it seeks to achieve.

TM: The main mandate of NBS is to provide low-cost houses for the benefit of Zimbabweans. The society has a strategic role to play in terms of the National Development Strategy One’s housing cluster strategy. The money ploughed into Dzivaresekwa and other housing projects, such as Newmara in Mutare, are pensioners’ funds and naturally, the minister, Nssa and the NBS board are anxious that they be judiciously used to expeditiously complete these projects and ensure that the society fulfils its mandate for the benefit of pensioners.

Nssa and NBS are keen to resuscitate both projects that have been lying idle for over three years due to squabbles between NBS and contractors resulting in prejudice to pensioners. Both projects need to be completed to avoid further loss through dilapidation and vandalism.

NH: In relation to that project, your wholly-owned subsidiary, the National Building Society, floated a tender in January to select a contractor to build 500 housing units. May you explain that tender process?

TM: This issue is best responded to by NBS as Nssa was not responsible for instituting the tender process.

NH: There have been allegations by NBS management of interference by Nssa executives on the tender process. What is your comment on this?

TM: Nothing of the sort happened. The fact of the matter is that NBS did whatever it did with the tender process and presented to the Procurement Regulatory Authority of Zimbabwe (Praz) at the end of the process. Praz objected to the process taken by NBS and it is the objections by Praz that came to the attention of Nssa, forcing it to make the inquiries which it made. The money deployed to the Dzivaresekwa project is Nssa money, which belongs to pensioners. Nssa would be highly irresponsible if it folded its hands and did nothing.

NH: It is also said Nssa executives have been interfering while acting illegally and breaking relevant laws on the issue. What is your position on this?

TM: This is highly inaccurate. Nssa as the sole shareholder has every right to insist that pensioners’ resources are used properly. It has a right to ask for answers if it is not happy with what is going on. If answers are not volunteered, it has a right to seek those answers. Our pensioners are wallowing in poverty; we will not rest until any abuse of pensioners’ funds is brought to a halt.

NH: It is alleged that Nssa has its preferred bidder and has been trying to impose the bidder on NBS. What is your comment on the matter?

TM: This is not correct as Nssa only got to know of the tender after it was flagged by Praz. Nssa is not actively involved in NBS operations other than through regular update meetings between the two leadership teams.
If Nssa had its preferred bidders, surely this could have been done/influenced before NBS had even advertised its request for proposals or submitted the results of the same to Praz.

NH: It is also said Nssa executives are acting under pressure from the minister of Public Service, Labour and Social Welfare to impose Nengo Builders as the contractor. What is your comment?

TM: This is a mischievous question that does not warrant a response. It is pure bar talk driven by people with sinister motives.

The minister’s involvement was merely to inquire what was going on after he was alerted by Praz. Nssa is a state entity that falls under the purview of the minister of Public Service, Labour and Social Welfare, as prescribed by the Nssa Act, Chapter 17:04.

The minister is answerable to issues regarding entities that fall under his jurisdiction. For someone to allege that his oversight is tantamount to interference demonstrates total ignorance on the hierarchical structure of parastatals.

NH: Why did Nssa decide to get involved in the middle of the tendering process instead of waiting until the end to raise its complaints?

TM: Nssa collects contributions from employers and employees in the formal sector to enable it to pay benefits to members. A portion of the funds from contributions are invested in various sectors in the economy to ensure the sustainability of Nssa’s schemes.

The National Building Society (NBS) is a wholly owned subsidiary of Nssa with a mandate to provide low-cost houses to Zimbabweans in partial fulfilment of Nssa’s mandate of providing social security for the generality of Zimbabweans. NBS is a direct beneficiary of funds collected, which are placed with the society to grow pensioners’ funds.

Nssa’s involvement in the process only came at the tail end after the issue was flagged with Praz.

Nssa’s intervention was based on allegations of a flawed adjudication process. If Praz had not flagged the issue, NBS could have incurred a potential financial prejudice of ZWL$120 million. Nssa’s interest is simply to ensure that the process which resulted in recommending the most expensive bidder was above board.

NH: Nssa got former NBS board chairman Stanley Kudenga out and suspended the NBS acting managing director during the tendering process. Why were these decisions taken? Was this not an attempt to influence the tender process?

TM: Mr Kudenga was not pushed out of his chairman’s position or suspended. After the RBZ had highlighted corporate governance deficiencies for Mr Kudenga to remain as chairman, the Authority offered him to continue sitting on the board as a member because of his immense experience and knowledge.

He, however, decided to step down in the interest of corporate governance since he is CEO of an entity where Nssa has significant shareholding.

The decision to send the acting managing director, John Mapiye, on forced leave was not made by Nssa. It was legitimately made by the NBS board to ensure a transparent ventilation of the issues raised by Praz.

TM: Nssa’s concerns were communicated through the right channels. The NBS audit committee sanctioned Nssa’s involvement, which was done in collaboration with their internal audit team.

An audit is an exercise instituted by an organisation to give assurance that risks and control measures in place are adequate. Audits are not there to incriminate, but they are both informative and are risk mitigative measures in nature.

Kindly note that at law shareholders have a right to audit any entity whenever necessary. Nothing should be hidden from shareholders.

NH: Considering all these things, it is alleged Nssa executives were acting out of self-interest and motivated by corruption. What is your take on this?

TM: This is pure mischief. The question is premised on the assumption that the entire Nssa system is corrupt. It questions the integrity of the Nssa audit team and the NBS board. This is very sad.