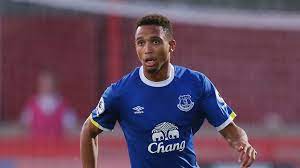 GARETH Southgate’s appointment as England coach in 2016 was definitely a cause of great excitement for Brendan Galloway.

Defender Galloway had previously played under Southgate thrice, in 2015 and 2016, when the former Three Lions star was in charge of England’s Under-21 team.

And in calling up Zimbabwe-born Galloway for his England Under-21 debut in a European Championship qualifier against Kazakhstan in October 2015, Southgate had extremely high praise for the utility Everton defensive player.

“He’s a versatile player, he’s playing at left-back at the moment but can play centre-back and in midfield,” Southgate told reporters back then.

“He’s another good character, a good type, which gives him a chance to succeed. He’s at a good club who are good at giving young English players their opportunity and that’s important to recognise.”

When the big job of coaching England’s senior side goes to somebody that has previously showered you with such generous praise, the possibility to become a full international for one of the most recognised national teams in world sport becomes so much more likely.

Current England first-choice goalkeeper Jordan Pickford – who hugely impressed at the 2018 World Cup and at this year’s postponed Euro 2020 tournament – is the most prominent teammate of Galloway from his England Under-21 debut of six years.

Pickford has already made 40 appearances for the Three Lions and all but two of Galloway’s youth teammates of 2015 – Arsenal’s Chambers and Dier of Tottenham Hotspurs – were handed their first England caps by Southgate.

Of course, sportspersons achieve their dreams at different times in their careers.
The bulk of that England Under-21 squad has not broken into the senior side yet; some will do in future, maybe.

Galloway will not, because as you read this, he is in Ghana’s resort city of Cape Coast, set to become an international footballer for the first time, in the colours of Zimbabwe.
England did not make the call, but Zimbabwe did. Following a few years of pursuing, the call has finally been answered.

Galloway is still only 25, now with Plymouth Argyle in the second-tier competition of English football, still young enough to revive a dream and make the most of it.

Born in Harare, Galloway migrated to the UK with his family, at the age of six, and in a recent interview he described his parents as “proud Zimbabweans”. He also spoke of his delight at the Warriors call-up, adding on how chuffed he was to finally play international football.

Galloway has relatives that played domestic sport in Zimbabwe at the highest level some decades back, in football and basketball, so despite the England snub, he still has a very strong connection with the motherland.

But it will not be an easy international debut against the Black Stars, traditionally one of Africa’s premier national teams, and four-time champions of the continent.

Both Ghana and Zimbabwe are, however, struggling in Group G of the 2022 World Cup qualifiers, with three points and one respectively from the opening two matches.