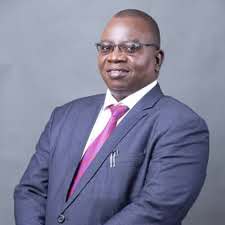 SINCE the Zimbabwe Asset Management Company (Zamco) took over non-performing loans (NPLs) in 2016, there have been a lot of changes, including currency reforms, with the economy going through various phases.
Our reporter Merlin Garwe (MG) spoke to Zamco CEO Cosmas Kanhai (CK), who said  borrowers that were once in distress because of the debt burden have found it easier to repay loans, leveraging on the disposal of assets such as hard currency or property holdings.
Below are excerpts of the interview:

MG: You have in the past indicated that Zamco had stopped acquiring NPLs from banks. What has been the preoccupation of Zamco since then and what progress have you made so far in fulfilment of your mandate?

CK: Zamco is now in the final stages of its life cycle. At this stage we are focusing on resolving all the acquired NPLs.
Contrary to sentiments by many, loans acquired by Zamco will need to be repaid.
So far, we have done extremely well in terms of collections.
As at 31 October 2020, we had resolved NPLs amounting to $700 million, which translates to a recovery rate of above 60%. This means out of the US$1.18 billion of acquired NPLs, only loans totalling about US$400 million in terms of acquired remain outstanding.
In terms of recovery rate, Zamco has outperformed all other similar asset management companies at the same stage of operations. Danarharta of Malaysia, which is considered a success story globally, has a success rate of 58% compared to Zamco’s 60%.
Zamco still has five more years to run before its sunset period.

MG: What happens to loans that will remain unpaid at the end of the sunset period?

CK: Once all resolution methods fail to yield fruits, Zamco will not wait for the sunset period but will use the last ace in our resolution framework, that is, litigation.
In fact, a number of delinquent accounts have been given up to 31 December 2020 to pay up or face litigation and subsequent blacklisting.
This is an unfortunate route, but there is nothing Zamco can do since our mandate is to collect the funds owed.
In our view, the good and honest borrowers have paid off, and we believe those remaining are troublesome and serial defaulters with some of them with no intention to pay.
That is the reason why we have given them that deadline of 31 December 2020. After the deadline, there will be no more negotiation with these borrowers.

MG: What is your view on sentiments that State funds were used to bail out borrowers, some of whom are politicians?

CK: No State funds will be used to bail out borrowers. As I indicated earlier, over 60% of borrowers have repaid their loans.
In addition, due to prudent investment decisions, Zamco has sufficient resources to pay off the Treasury Bills (TBs) without recourse to State funds.
We are in the process of looking at the appropriate way to redeem the TBs between two competing options, namely either to pay the US$1,8 billion to government or to buy back the TBs from banks and cancel them.
Once a decision has been made, payment will be done. The public is, therefore, assured that no State funds will be used to redeem the TBs.

MG:  Has the currency shift been beneficial both to you and distressed companies?

CK: Since re-denomination, the local currency has lost value due to high levels of inflation.
Borrowers, who were once in distress because of the debt burden have found it easier to repay their loans, leveraging on the disposal of such assets as hard currency or property holding.
Hence the main benefit for distressed companies has been lightening of debt burdens. For Zamco, the benefit is acceleration of repayments ahead of initially scheduled payment timeframes.
From Zamco’s balance sheet, the issue of currency changes is a zero-sum game.
TBs issued to acquire NPLs will be paid in 10 to 20 years’ time and these have been redenominated to RTGS dollars.
Contrary to what many people have been made to believe, government has not yet made any cashflow payment on the TBs. This will be done on maturity of the TBs whose tenors range from 10 to 20 years from now.
In fact, the parties that lost out in this equation are the banks, who are holding Treasury Bills where payment will be received in RTGS dollars after, for example, 10 years. By this time, these would be valueless.

MG: You have issued a notice of your intention to dispose your shareholding in Starafrica Corporation. I understand you have been seeking approval from the board since last year. What caused the delay in getting the approval?

CK: There has not been a delay in obtaining the approval from the board per se.
Right from the beginning when we converted our debt in Starafrica into equity in 2017, we stated that our intention will be to dispose of the shareholding in the company as we are not in the business of investing in companies, but recovery and resolution of non-performing loans.
The board has now deemed this to be an appropriate time to dispose of the shareholding as the company—that is Starafrica—has turned around and is now operating profitably.

MG: Are you disposing of all of your stake or part of it? How much are you looking at in terms of the price?

CK: Zamco is disposing of its entire 58.54% shareholding in the company to a strategic investor,who will be expected to recapitalise the business and improve the company’s operational capabilities. As indicated in our advert, the shares are being disposed of on a bidding basis, which means that the bidders will eventually determine how much Zamco will be able to get from the disposal.

MG: What can you say about the timing in terms of disposing of the Starafrica stake, considering the currency volatility? How viable is it to dispose of your stake now in local currency, or is it going to  be a US dollar transaction?

CK: The Zimbabwe dollar has been very stable over the past few months, which makes it viable to receive disposal proceeds in local currency. For this transaction, payment can also be made in hard currency, depending on the investor’s preferences.

MG:  Give us an update on the maturity of your Treasury Bills.

CK: The TBs mostly had tenures ranging from 10 years to 18 years at issuance with a few exceptions where TBs with shorter tenures were issued. The bulk of them, representing 89% of outstanding, are maturing during the period 2027 through 2033. Though the maturity of the TBs is still a number of years away, Zamco may consider early redemption of those TBs at some point in the future.

MG: How much have you paid to date?

CK: The TBs will be paid on maturity. At the moment, Zamco is paying the periodic TB coupons as and when they are due.
As at 30 September 2020, Zamco had made payments of TB coupons (interest) totalling $155 million.