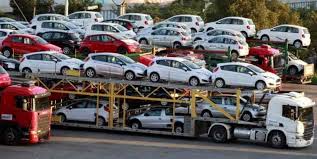 Finance Minister Mthuli Ncube yesterday announced a new restriction on the importation of cars above 10 years from the date of manufacture, with effect from January 2021, and also introduced a raft of presumptive tax measures for the informal sector.
Presenting the National Budget, he said the import ban on old second-hand cars is part of measures to promote the local vehicle assembly industry.
“About US$1.3 billion was spent on imported buses, light commercial and passenger motor vehicles from 2015 to September 2020. This is despite the existence of capacity by the local motor industry to assemble the above-mentioned range of motor vehicles.
“Furthermore, due to lack of effective standards and regulation, road unworthy vehicles, which, in some instances fail to meet environmental and safety standards, find their way onto the market.”
The removal of second-hand cars above 10 years old from the Open General Import Licence category means that those intending to bring in such vehicles must now require a special permit from the Ministry of Trade. The process of acquiring a special permit is often fraught with difficulties.-Staff Writer

‘No taxpayer money will bail out loan defaulters