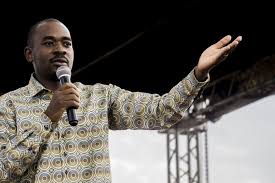 THE opposition Citizens’ Coalition for Change (CCC) should step up its voter mobilisation and not take popularity for granted if it fancies its chances of retaining urban seats in the 26 March by-elections, analysts have said.

CCC’s stranglehold on the urban voter population will be tested at a time Zanu PF is keen to make inroads into opposition territory. The party’s massive rally in Epworth last Saturday could be an indicator that Zanu PF should not be underestimated.

Riding on populist policies as exemplified by Zanu PF leader President Emmerson Mnangagwa who promised title deeds to Epworth homeowners, the ruling party has gone for broke in a bid to end the opposition’s stranglehold on the urban voter.

CCC, formerly MDC-Alliance, a party that has enjoyed urban support since 2000, should not be oblivious to Zanu PF’s ability to mobilise using populist policies.

Despite winning the lion’s share of parliamentary seats since 2000, the opposition’s ability to ensure service delivery in local councils has been hamstrung by the central government’s meddling, rendering it dysfunctional. The poor economy has also contributed but in many cases opposition councillors have been implicated in corruption.

Zanu PF has been using local authorities’ failure to deliver as an indication that the opposition cannot perform.

Nevertheless, CCC will be riding on Zanu PF failure to deliver on election promises and its failure to solve the plethora of problems bedeviling the country. High-level corruption and primitive accumulation of wealth has also worsened over the years, alienating the party from urban voters.

While retaining urban seats of legislators recalled in 2020 by former MDC-Alliance secretary-general Douglas Mwonzora looks easy on paper, Zanu PF will not go down without a fight.

There are reports of people being clandestinely added to the voters’ roll overnight, while others are being moved from one polling station or ward to another by the Zimbabwe Electoral Commission, raising fears of rigging in some constituencies.

The opposition party goes into the by-elections rejuvenated by the rebranding, having been buffeted by serious political headwinds before the name change.

CCC’s main goal will be to grab considerable seats to make enough noise in the National Assembly. Crucially, however, the by-elections will be used a barometer of popular support ahead of next year’s harmonised elections.

Although the seats will not be enough to influence policy change, the presence of CCC in Parliament is expected to enhance debate and stop the collusion between the ruling party and the opposition.

Zanu PF last year colluded with the Douglas Mwonzora-led MDC-Alliance to effect Constitutional Amendments number 1 and 2 which enabled President Emmerson Mnangagwa to consolidate power while allowing him to extend the tenure of his key ally Chief Justice Luke Malaba who had reached retirement age.

While the party is under pressure to step up its campaign in urban areas, party leadership should not ignore several calls to give the younger generation a shot at running for Parliament.

This is after party stalwart Murisi Zwizwai was confirmed as the candidate for Harare Central. Zwizwai, accused of being a career politician, has been in Parliament for the past 22 years.

Notwithstanding Zwizwai’s right to retain his seat after he was recalled from Parliament, the party should heed the calls for fresh faces in the legislature.

“There was little or no choice than to call upon those who had been recalled. However, the succession issues should also be considered in the future,” political analyst, Ibbo Mandaza said.

Continued imposition of bigwigs on the electorate could affect election outcomes.

Coupled with reports of double candidates in Bulawayo, the party should in future guard against such practices.

“It is unlikely Chamisa and the CCC can organise themselves sufficiently for a fully successful nationwide campaign in time for the March by-elections. The results of those by-elections should, however, give some indication of chances for all parties in 2023,” Chan said.

He added that the by-elections will be a litmus test for CCC’s political power against a faction-riddlen Zanu PF which has a penchant for regrouping towards a major plebiscite.

Chan also warned CCC of potential splits if the party does not follow due process of appointing leaders.

“Sunday rally is also timely to clear out the confusion that has reigned that this is a new start and all the structures had been dissolved. I hope he makes things clear,” Mandaza said, adding that Chamisa also has the opportunity to clear the air on the way forward for the party.

“I hope he makes it very clear that the party was forced to change the name, but the movement remains the same. Chamisa should intentionally set up structures to prepare for elections and ensure that the party is well grounded.”

Ahead of the 26 March by-elections, Chamisa also needs tackle the infiltration of the party by state agents and concerns over the return of former MDC-T vice-president Thokozani Khupe.

Her return has rattled CCC since a photo of her with party vice-president Welshman Ncube and former MDC-T organising secretary Abednego Bhebhe went viral.

Notwithstanding the assault on the party by the state and its proxies, CCC remains with a chance of retaining its parliamentary seats — but only if the opposition party does not slacken.