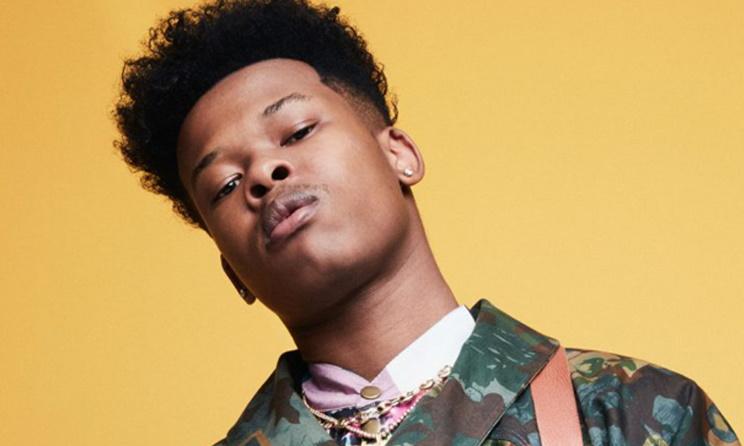 SOUTH Africa’s chart topper Nasty C (pictured) will lead a coterie of young Zimbabwean rappers as curtain raisers for the American star Rick Ross. Rick Ross is billed to perform in Zimbabwe for the first time on 18 November, at the Harare International Conference Centre.

Also on the bill are DJs Rimo, MadeHerBalieve, King Her, MC Cut and MC Tatts, among others. There is lots of hype surrounding the gig, with Rick Ross dropping promo videos ahead of his debut performance.

“I am celebrating for you. You better get your tickets now. One time for the whole team. It’s the biggest boss!” Rick Ross said in the video. Politics aside, the Maybach Music owner will jet into Zimbabwe, a place once described by Jamaican Sean Paul as a “Concert Country” when he first performed at the National Sports Stadium alongside Akon for the Real Deal gig in 2011.

And Rick Ross will no doubt make his presence felt through a top notch act as he promised to drink from the bottle like what he sings in one of his songs where he says “Belaire here, Belaire there, Belaire everywhere.”

Given the hype, the show obviously does not come cheap and is not meant for every Tom, Dick and Harry. People often ask: What is this Belaire Rosé and why is Rick Ross always talking about it? Belaire Rose is a French sparkling wine produced in the Provence-AlpesCôte d’Azur region of the South of France.

Officially labelled “Luc Belaire Rare Rosé,” the wine is a blend of Syrah, Grenache, and Cinsault grapes typically used in the production of Provençal rosé wines. And needless to say the brand is owned by the New York-based company Sovereign Brands.

The brand’s packaging is noteworthy for its opaque black bottles. Rick Ross is one of their major promoters.

The brand’s range also includes a Brut and Luxe, a demi-sec sparkling wine, according to online reports. As they say, Rick Ross got game. He has the hits and makes moves just the way fans love it. The Aston Martin Music singer has done collaborations with several artistes, the likes of P Square, Mary J Blige, Jay Z, Nicki Minaj, Meek Mill, DJ Khaled, French Montana, P Diddy and disgraced R&B sensation R Kelly, among others.

Also worth noting is that Nasty C, who will be performing as a supporting act, is also billed to perform at the MTV Europe Music AwardS 2022.

The MTV EMAS will be hosted by Rita Ora and Taika Waititi live from the PSD Bank Dome in Düsseldorf, Germany, 13 November.

Already, Nasty C has long endeared himself well with Zimbabwean fans. Having performed in Harare on a number of occasions and also supported King 98’s charity work, Nasty C is a firm favourite among Zimbabwean youth.

But his popularity is not just in southern Africa but also across the continent. In March 2020, Nasty C signed a joint venture deal with Def Jam Records and released his United States official single after joining Def Jam, “There They Go”, which gained him global recognition. He then released his third album on 28 August 2020, and his first on the label which is titled Zulu Man with Some Power. The award winning Nasty C has plenty up his sleeves and the last time he performed in Harare at the Unplugged concert he nailed it.

Other local acts Nutty O, Holy Ten and Takura will add colour to what may already have been a star-studded concert. The show is being put together by ROAR Entertainment, a global media and entertainment company, Betterbands, MTV Base and Belaire.

Related Topics:Nasty CRick Ross
Up Next