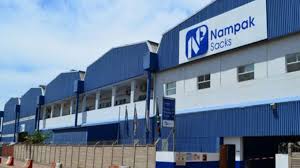 ZIMBABWE Stock Exchange-listed packaging firm Nampak Zimbabwe says it is optimistic the government will resolve a long-standing dispute at one of its estates which is protected by an international agreement.

BERNARD MPOFU
Nampak’s estates fall under Hunyani Forests Ltd, which is a supplier of eucalyptus and pine timber for transmission poles, pit props and timber for pulping.

The group has in the past said its land holdings will be central in enabling it to support the tobacco industry’s stated position to move away from using coal to cure tobacco to utilising renewable resources by 2020.

“We maintained our engagement with the relevant Authorities to regain effective control of our estates in terms of the BIPPA agreement with South Africa,” the group’s MD John Van Gend said in a statement accompanying the financials for the year ended 30 September.

“Our intention is to rehabilitate them for timber and agricultural purposes, in support of the current government policy thrust in this direction. We remain hopeful for the restoration of title or long-term leases which will provide the security required for new investment and job creation.”

In 2019, Van Gend said the group struggled to access foreign currency despite assurances around the intention to ensure BIPPA agreements are honoured.

Nampak is principally engaged in the manufacture of paper, plastic and metal packaging products, as well as leasing biological assets and the timber processing plant.

The group narrowed its loss to ZW$658 000 from ZW$6.2 million in prior comparative period after massive cuts in expenses.

Zimbabwe embarked on a chaotic and often violent land reform programme at the turn of the millennium that saw more than 4 000 white farmers losing vast tracts of land.

During the exercise, some farms that were protected by international law, which include an estate run by Nampak, were compulsorily acquired, resulting in the southern African nation facing international condemnation.

Zimbabwe has in past years signed agreements with regional and international countries but the violation of such agreements and policy inconsistencies have been a thorn in the flesh for many an investor, raising questions as to whether such agreements are unlocking any meaningful investment projects.