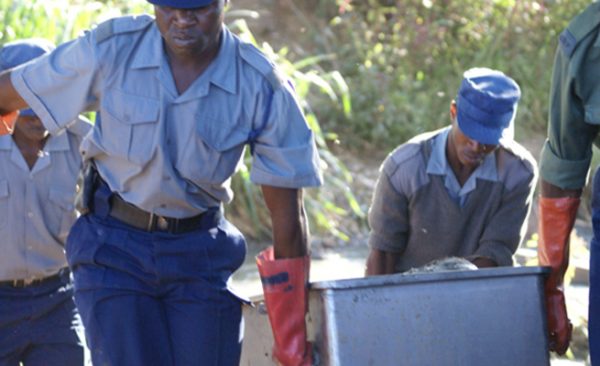 THE current spate of politically motivated violence, which led to the death of an opposition member last Sunday, is a dress rehearsal to what could happen in 2023 if the authorities do not crack down on the instigators, analysts have warned.

Politically motivated violence has once again reared its ugly head in the run up to the 26 March by-elections.  Zimbabwe has a history of bloody elections, with 2008 being a dark period when dozens were killed, while thousands were maimed and displaced at the height of violence.

A repeat of that sad chapter would not just be a disgrace to a country which pledged to protect human rights — especially the right to associate with any political outfit — but also a slap in the face to men and women who fought the liberation struggle.

One can also not discount the gory 1980s Gukurahundi genocide in which an estimated 20 000 civilians died in Matabeleland and the Midlands at the hands of the brutal 5th Brigade.

Although Zimbabwe turns 42 this year, political actors, especially the ruling Zanu PF, have often displayed immaturity when dealing with their opponents.

Political violence has been used to cow the opposition and maintain the status quo for the ruling elites who have held Zimbabwe to ransom since 1980.  In his 37 years in power, the late former leader Robert Mugabe was a master at unleashing the repressive state apparatus on citizens.

Apart from the armed forces, Zanu PF has also harboured militia that are often unleashed whenever a political opponent seems to be gaining ground.

Violence in Kwekwe which led to the murder of Mboneni Ncube (35), a Citizens’ Coalition for Change (CCC) supporter was killed while 22 others were hospitalised after sustaining life-threatening injuries was a reminder that Zimbabwe still has an electoral violence problem.

A group of Zanu PF-linked militia descended on unsuspecting opposition activists with deadly weapons, including machetes and other spears.  Ncube was killed in broad daylight and his family was robbed of a loved one. A life lost is one too many and something must be done to nip this problem in the bud.

Worryingly, there are many incidents in which the police are also accused of meting out violence on the opposition.  Since the formation of CCC last month, President Emmerson Mnangagwa’s regime has been in panic mode, employing repressive tactics to clamp down on the opposition.

The machete-wielding assail[1]ants showed no mercy, stabbing defenseless opposition members in the back. They employed tactics similar to those used by the local Kwekwe-based Al-Shabaab terrir gang which uses machetes, catapults and home-made knives.

A leaked police memo showed that the majority were Zanu PF card-carrying members, which could mean they had been deployed to inflict harm indiscriminately and mercilessly. The admission that Zanu PF is the mastermind of violence shows that the leopard has not changed its spots.

Kudos to the police for moving in swiftly to arrest the suspects, although one suspect remains at large.

Last week, police fired teargas on thousands of villagers gathered at Gokwe centre where they were anticipating the arrival of CCC leader Nelson Chamisa.

It is apparent that this is a carefully crafted ploy to deal harshly with the opposition.  While Mnangagwa claimed that the country had entered a new phase in 2017, which included political tolerance under his “New Dispensation” mantra, there is little to show a change of behaviour.

Mnangagwa was the brutal enforcer of Mugabe’s regime, having been involved in major plebiscites since 1980.  The “New Dispensation” façade has come off in dramatic fashion with recent utterances by his deputy Constantino Chiwenga, exposing deep-seated violence in Zanu PF.

“I have heard others here. saying down with triple C, let me assure you that there is nothing that it can achieve, you see how we crush lice with a stone,” Chiwenga said.

“You put it on a flat stone and then flatten it to the extent that even flies will not make a meal out of it.”

Chiwenga also likened his party to the biblical Goliath who was known for his herculean stature. The irony was lost on him that the gigantic Goliath was in the end destroyed by a tiny David.

Zanu PF’s rhetoric of a “New Dispensation” continues to ring hollow in the face of increased violence on political opponents.

Political scientist professor Eldred Masunungure said Zimbabwe is headed for a violent 2023 election if the authorities do not clamp down on the current pockets of violence.

“History teaches us those Zimbabwean elections are inherent with violence. It will be naïve to think that this is a flash of political temperatures and not violence as we get to 2023 elections,” Masunungure said.

“I expect this cycle to continue. The degree will depend on the involvement of major political stakeholders like Zec (Zimbabwe Electoral Commission), the National Peace and Reconciliation Commission and the political parties themselves.” Mnangagwa weighed in, saying: “It is undemocratic to be violent against democracy.”

Masunungure said the violence is likely to continue if the major political gladiators continue to get away with impunity.

However, he discounted the fact that the country could degenerate to the 2008 levels. Masunungure added that violence is an ever-present danger in the country, hence the need for political actors to speak against the practice.

Political analyst Ibbo Mandaza weighed in, saying: “It’s already near that (2008). It looks like we are going that way. I doubt we will get to 2023 without major incidents unless the powers that be crack down on the violence.”

“The police should make it clear that violence will not be tolerated.”

‘NGOs ban a threat to Zim’