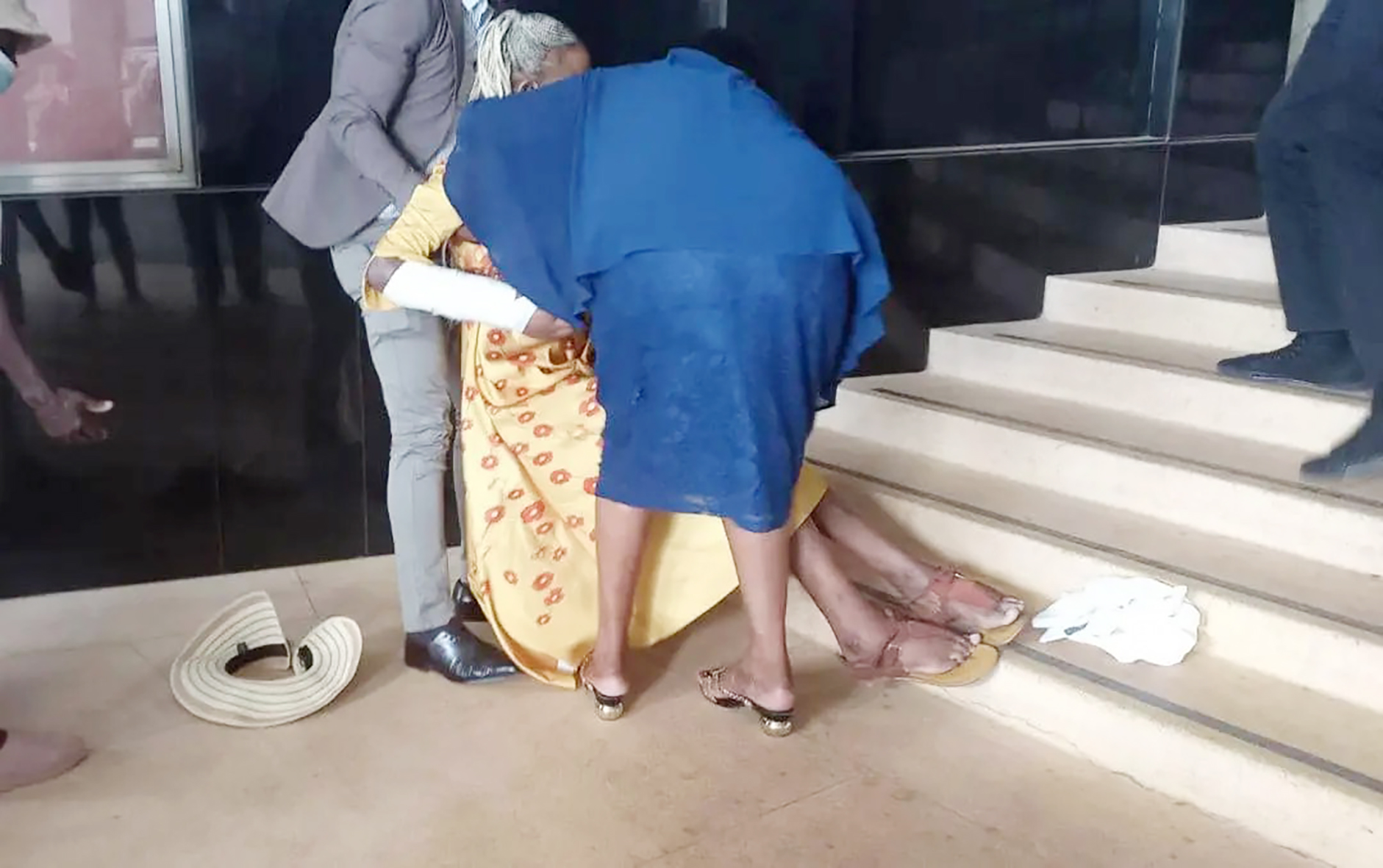 THIS week has been dramatic and emotional as Vice-President Constantino Chiwenga came face-to-face with his estranged wife Marry Mubaiwa for the first time since they parted ways in 2019.

The main highlight is how the feared former military general rushed to court to nail the mother of his three children whom he accuses of forging his signature on a marriage certificate in order to upgrade their customary marriage.

Chiwenga did not waste time following Harare magistrate Lazini Ncube’s ruling that he would give his testimony in camera considering the nature of his office. He was at the courts a few minutes after the ruling was handed down, as if he had been on standby. Chiwenga also tried to dodge the same media that had been barred from hearing his evidence against Mubaiwa.

The VP arrived at the Harare magistrates’ court without his usual escort team.

He arrived silently in a three-vehicle entourage and used the backdoor used by magistrates to enter the court building.

The matter had to continue despite the fact that Mubaiwa is seriously ill, having fallen down on the stairs on Wednesday while coming out of court. Mubaiwa wailed as she fell, drawing the attention of those who were close to the exit.

She sustained head injuries before she was helped up by her mom who has always been by her side since the day she was first hauled before the courts.

She grimaced in pain as she made her way from her vehicle to court 14, a special anti-corruption court in which her trial is being conducted.

In the courtroom, she sat with a minder beside her as she sipped some juice and water, sometimes dozing off.

“Your worship, please allow me to come to court at 10am tomorrow because I want to pass through my doctor’s chambers,” she had asked the court Wednesday in a frail voice. Her request was granted.

However, how she reacted upon setting her eyes on Chiwenga, a man she accuses of trying to kill her, remains unknown as it all happened behind closed doors.

This week, four more witnesses testified after Supreme Court judge Justice George Chiweshe and Munamato Mutevedzi who was supposed to solemnise the wedding of the couple.

Chiwenga was the fifth witness to testify this week.

The state said it will call two more witnesses who will testify of January 17 next year. It is not yet known who the witnesses are.

On Tuesday four other witnesses testified. They include magistrate Linda Dzvene, who was Mutevedzi’s secretary.

Dzvene said she is the one who filled the marriage documents for Mubaiwa that included a section where she claimed to be a divorcee.

Mubaiwa’s lawyer Beatrice Mtetwa asked if she was given a divorce certificate when she completed the forms and she said she did not consult anyone.

She said she became a marriage officer and magistrate in February 2020 after completing her law degree in December 2019.

Dzvene also exonerated Mubaiwa, saying she did not apply for a marriage certificate because she neither filled the forms nor signed them.

Colonel Gesham Muradzi, who is Vice-President Chiwenga’s aid, also said he was phoned by Mubaiwa who gave him US$15 000 for the wedding rings.

Muradzi said he was asked to handover the money to one Bra Mike who is a friend to Chiwenga and a jewellery dealer.

He said he then collected the rings from one Devon Peter Steward.

Muradzi said under cross examination that he do not know if Chiwenga asked for a wedding from the Mubaiwa family because he was not there.

Another witness, Carrington Kazingizi, who was Mubaiwa’s driver and a presidential security agent, said. Mubaiwa was already preparing for a wedding as preparations were at an advanced stage.

Steward also told the court that he gave Muradzi wedding rings which had been ordered for the event.

He said  he do not know who actually ordered them but was told to prepare the wedding rings by his father-in-law who is known as Bro Mike.

The state had on Wednesday asked that Chiwenga give his testimony in camera, a request granted by the magistrate.

The National Prosecuting Authority, represented by Tafara Chirambira, said: “The matter before the court is a private matter involving the VP of this country. I cannot overemphasise the importance of the office he holds in that vein, the state makes the application bearing in mind the nature of the private matter before this court.

“We do not know what the witness will say. We can’t predict that but at the same time we do know the office he occupies and the need to protect the same, it is on that backdrop that the state submits that no prejudice will be suffered by either party, state and defence if privacy is involved for that particular witness.

“The state will submit that in our system of law the main issue is that the interests of justice must prevail. Each party should hear evidence from the other party and, where they so wish, challenge that evidence. Whether this is done in a public forum or restricted forum does not affect how it’s done,” he said.

But Mubaiwa’s lawyer Beatrice Mtetwa attacked the application, arguing that if it is upheld, it will show that the court thrives on preferential treatment.

“The application lacks merit and should be dismissed because considering that the accused enjoys the right to a fair trial in terms of section 69( I) of the constitution which guarantees her to a fair and public trial.

“Still on that, it must be noted that this right to a fair trial which the accused enjoys is absolute in terms of section 86 (iii). On that basis alone the application must fail.”

Mtetwa said the Supreme Court has commented on the importance of the right to a public trial and ruled that witnesses whose evidence is open to the public are more meticulous due to criticism they will face.

“All persons are equal before the law, there is no need to give the VP preferential treatment when it is clear that rule of law forms part of the law. For this application which seeks to elevate the VP above all other persons ought to fail.”

Publicity is the soul of the rule of law, she said, while the state insisted that the same constitution says rights can be limited.

The magistrate, in his ruling, said Mtetwa had failed to show the court what prejudice will be suffered before he granted the hearing to be heard in camera.

However, Mtetwa said Chiwenga did not say anything warranting in-camera proceedings.

“There was nothing privately said which is not in the public domain,” she said.

“If it is about privacy rights, surely he is also a person who needs privacy and the court allowed the case to go on with her there in public if there is privacy . . . I mean there can be no question that there is class justice. Privacy only relates to a certain class of people because if it is about privacy, every case like this should be private and each one of us should be entitled to that privacy even if we are nobodys.”

Besides the criminal alleagations, Mubaiwa and Chiwenga are going through divorce.

At the same time, Mubaiwa is also being charged for attempting to kill the former military general while he was critically ill in South Africa back in 2019. It is alleged that she unplugged his life supporting equipment in hospital.

The former model says she desperately misses her minor children, whom she has not seen for close to three years.

Meanwhile, all witnesses who have testified said she never put any signature on the marriage certificate.

The marriage officer, Justice Munamato Mutevedzi, who was the chief magistrate at the time but is now a High Court judge, said the wedding never took place.

He said he cancelled the certificate four days after he visited Chiwenga’s residence, which he had even failed to enter.

All other witnesses under cross examination said Mubaiwa never signed and that they never interacted with her directly.