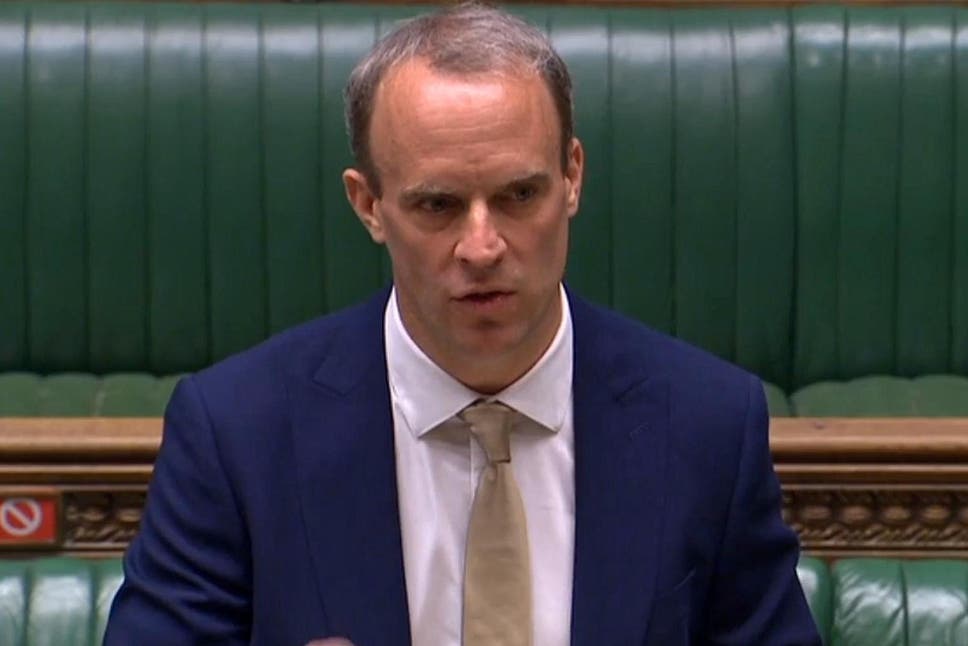 THIS week’s decision by the British government to impose sanctions on Zimbabwe’s top security officials has thrown President Emmerson Mnangagwa’s re-engagement agenda into disarray as the international community continues to demand tangible reforms.

NYASHA CHINGONO
Mnangagwa’s re-engagement drive, touted as one of his flagship policy initiatives after long-time leader Robert Mugabe was toppled by a military coup in 2017, has been reduced to tatters as the reforms façade has fallen off in the face of growing international pressure.

Raab said the sanctions were as a result of government’s failure to account for the 1 August 2018 post-election shootings in central Harare where six civilians were killed and the shooting of 17 people in January 2019 following riots over a fuel hike.

“These sanctions send a clear message that we will hold to account those responsible for the most egregious human rights violations, including the deaths of innocent Zimbabweans,” Raab said in a statement.

The four were implicated in violations that happened between 2018 and 2019, arguably the darkest period of Mnangagwa’s rule. Mnangagwa’s regime has since 2018 been implicated in the abductions of government critics, torture and imprisonment of human rights defenders, including journalists.

The regime has gone for broke in bid to silence dissent, with heavy-handedness by the police and army continuing, drawing international condemnation.

Since the killings, Mnangagwa has come under pressure to reform the security sector and ensure that perpetrators are brought to justice.

Despite a detailed report by the Kgalema Motlanthe Commission into the August 2018 killings which implicates the army, nothing has been done to punish the killers while government has remained mum on the compensation of victims and their families.

While the British were among Mnangagwa’s leading cheerleaders following Mugabe’s dramatic ouster, showing willingness to help the southern African nation regain its place in the community of nations, there has been no corresponding action from the government to prove that indeed the reform agenda was a worthwhile venture.

With Zimbabwe seeking a return to the Commonwealth after Mugabe pulled out in 2003, it was expected that Mnangagwa’s government would go out of its way to prove that indeed the “new dispensation” was a clear departure from the 37-year-old tyrannical rule of Mugabe.

Despite a painful colonial history, the UK had continued posturing as a strategic economic co-operation partner to Zimbabwe.

London remains a major doorway to the international financial system which has alienated Zimbabwe since 2000 due to failure to service debts and a terrible human rights record.

Britain’s influence was seen in 2018 when it helped Zimbabwe come up with a debt arrears clearance plan at Chatham House.

But this week’s pronouncement has proven that the goodwill that Zimbabwe enjoyed from its former colonisers has evaporated.

Raab’s sentiments echo former British Minister for Africa Harriet Baldwin’s statements in 2019 vowing that the UK would no longer support Harare’s bid to re-join the Commonwealth, among other re-engagement initiatives with the international community.

This week’s sanctions will heighten Zimbabwe’s alienation from the community of nations, reminiscent of the Mugabe era.

The mask has fallen off, exposing Mnangagwa, who presented himself as a pragmatic leader in the aftermath of the November 2017 coup.

With little to no reforms, Mnangagwa’s government has over the past three years made frantic efforts to re-engage the international community.

From blowing millions of dollars hiring public relations firms to spruce up the country’s battered image, to displaying a propensity for hollow rhetoric, it is clear Mnangagwa wants to engage the world on his own terms, an international relations expert says.

It is apparent the re-engagement drive has gone off the rails as foreign powers continue to vilify Mnangagwa and his troops for failing to reform.

“This is a difficult situation for the Zimbabwean government. The Zanu PF regime is trying to play a delicate diplomatic and balancing act of trying to dangle little to no reform in exchange for significant goodwill from the British and the rest of the West,” international relations expert and Bindura University lecturer Ronald Chipaike said.

Chipaike said the UK sanctions signalled the coming of a tougher international stance if Zimbabwe continues refusing to reform.

“The regime is being effectively told that you can’t have your cake and eat it too in international politics. These are power games at play and, unfortunately, the weaker side has much to lose in the short to medium term,” Chipaike said.

“Effectively, re-engagement appears to have gone off the rails because the major condition has not been adhered to by the Zimbabwean government. To them engaging in too much reform also means losing sovereignty because they would have bowed to the dictates of an external power. Regime pride is at stake in this regard.”

However, he said Zimbabwe should continue engaging the West.

“Although both sides are not willing to compromise on their relative postures and stances, it is possible to continue low-intensity engagements, negotiations and bargaining until some sort of compromise is reached in the future. What is dangerous is to stop talking,” Chipaike said.

A professor of world politics at the University of London, Stephen Chan, said the Zimbabwean government’s heavy handedness would continue to derail its re-engagement agenda.

He said even the US under the newly elected President Joe Biden would also seek re-engagement on the basis of a clear improvement in human rights.

“The constant arrest and re-arrest of journalists and suppression of popular expressions of dissent, even of simple dissatisfaction with the conditions of life, have led to a disenchantment with the early promises of the Mnangagwa government. Above all, the heavy-handed crushing of demonstrations and shooting of citizens, all seen by the international public eye, mean that Western governments must listen to the reactions of dismay from their own citizens,” Chan said.

He said Zimbabwe could not continue to evade reforms, urging the government to pro-actively engage the West.

“For Zimbabwe, there is no choice but to deal more pro-actively with the West. No one wants to recolonise anything or anyone. Who would want to recolonise a bankrupt country? But human rights are a highly important issue of great value in the West,” Chan said.