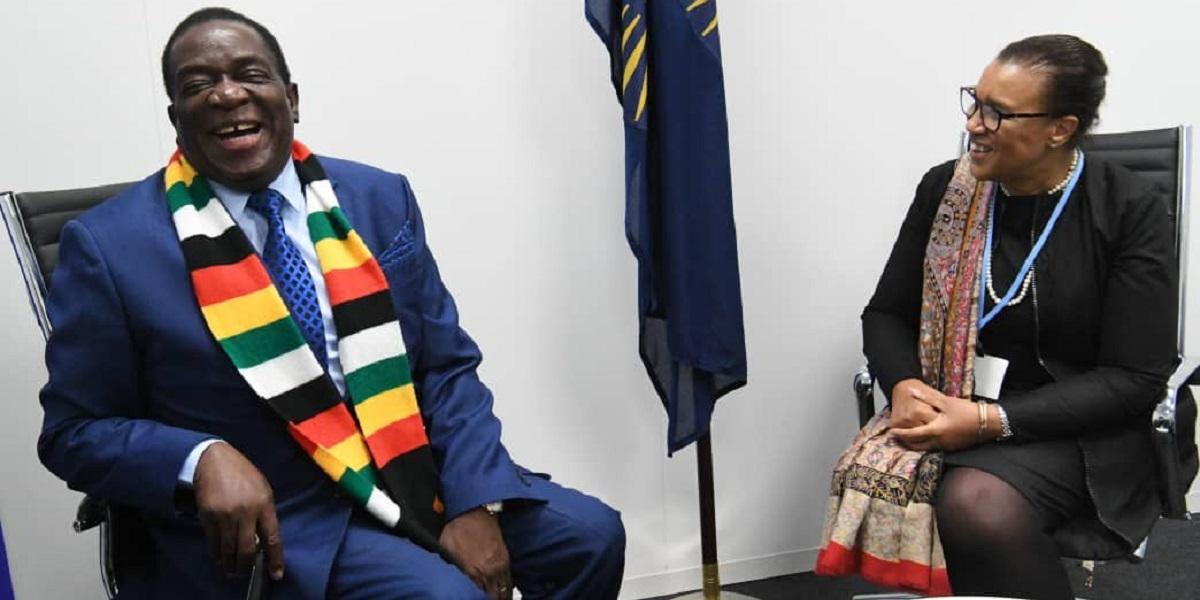 FOR weeks on end, Zimbabweans were told that President Emmerson Mnangagwa’s trip to Glasgow, Scotland, would be a major breakthrough of historic proportions.

It would be the first time a leader from the southern African country set foot on the United Kingdom in more than two decades.

The last time Mnangagwa’s predecessor late Robert Mugabe travelled to the UK, relations between the two nations were still cordial and the long-time ruler was feted like royalty — pampered with VVIP treatment. It has to be remembered that Mugabe, in his delusions of grandeur, viewed himself as a well-cultured aristocrat in the mould of British royalty.

There was plenty of evidence: the Saville Row suits, the affected accent, keen interest in tea and cricket, the extravagant shopping trips to London’s Harrods department store and an unusual reverence for the British monarchy.

But if Mugabe was a closet admirer of archaic monarchies, Mnangagwa is hogging the limelight for a strange malady: he has a monkey on his back. The stubborn monkey’s name is “illegitimacy”. For decades, Mnangagwa was Mugabe’s brutal enforcer. His fingerprints are found in virtually all major human rights violations since Independence in 1980.

He still is — that system is still very much alive. People often remark that Mnangagwa is an unelectable politician. His situation is the logical outcome of the leading role he has played in enforcing and entrenching authoritarian rule.

There were many instances in the 2018 general election when he garnered fewer votes in certain constituencies than the winning Zanu PF legislator. Some party supporters, after voting for the ruling party MP, would rather opt for the opposition when it came to the presidential ballot. Politics is about persuasion, shared vision and consensus.

It is not about brute force, coercion and intimidation. Political legitimacy is derived from the consent of the governed. Mnangagwa’s legitimacy headache is not confined to domestic politics — where Zanu PF member Sybeth Musengezi is challenging the legality of his ascendancy. His contaminated brand has transcended to the wider international community. It was bound to happen.

In just four years, Mnangagwa’s regime has squandered the massive outpouring of international goodwill. The tragedy of it all is that the Zanu PF government is incapable of genuine reform. The Glasgow trip underlined this point. The jaunt was doomed from the very beginning.

How does the leader of an impoverished country charter a luxury plane amid such catastrophic economic hardships? As if wasting taxpayers’ money on a luxury jet was not bad enough, he went on to assemble a bloated entourage comprising 130 people. All of them pocketed thousands of US dollars in a country in which children are sleeping on empty stomachs.

As soon as he arrived in Scotland, it became increasingly clear Mnangagwa and his team had no game plan beyond jostling for photo opportunities with big names.

There were no economic deals, no major bilateral agreement, no solid confirmation of new investment, no slot on international media channels — nothing tangible. The delegation failed to deliver measurable results. Unlike South Africa which clinched a climate change deal worth billions of dollars, the Harare crew returned empty-handed. It never rains but pours. US President Joe Biden has excluded Mnangagwa from the Summit for Democracy.

The meeting is a first-of-its-kind engagement of over 100 countries to help stop global democratic backsliding and erosion of freedoms. This snub comes in the wake of ludicrous claims by government spin doctors that Mnangagwa had a meeting with Biden in Glasgow.

Mnangagwa just does not get it, does he? There are limits to posturing and grandstanding; what ultimately shapes your governance ethos in the eyes of the world is the gamut of your practical actions, not hollow rhetoric.

What Mnangagwa must do is straightforward: fully implement the national constitution, stop murdering citizens, end political repression, respect human and property rights, uphold the rule of law, tackle corruption, and work in the interests of citizens, not cartels.

We cannot all flee Zimbabwe

Africa has everything except leadership