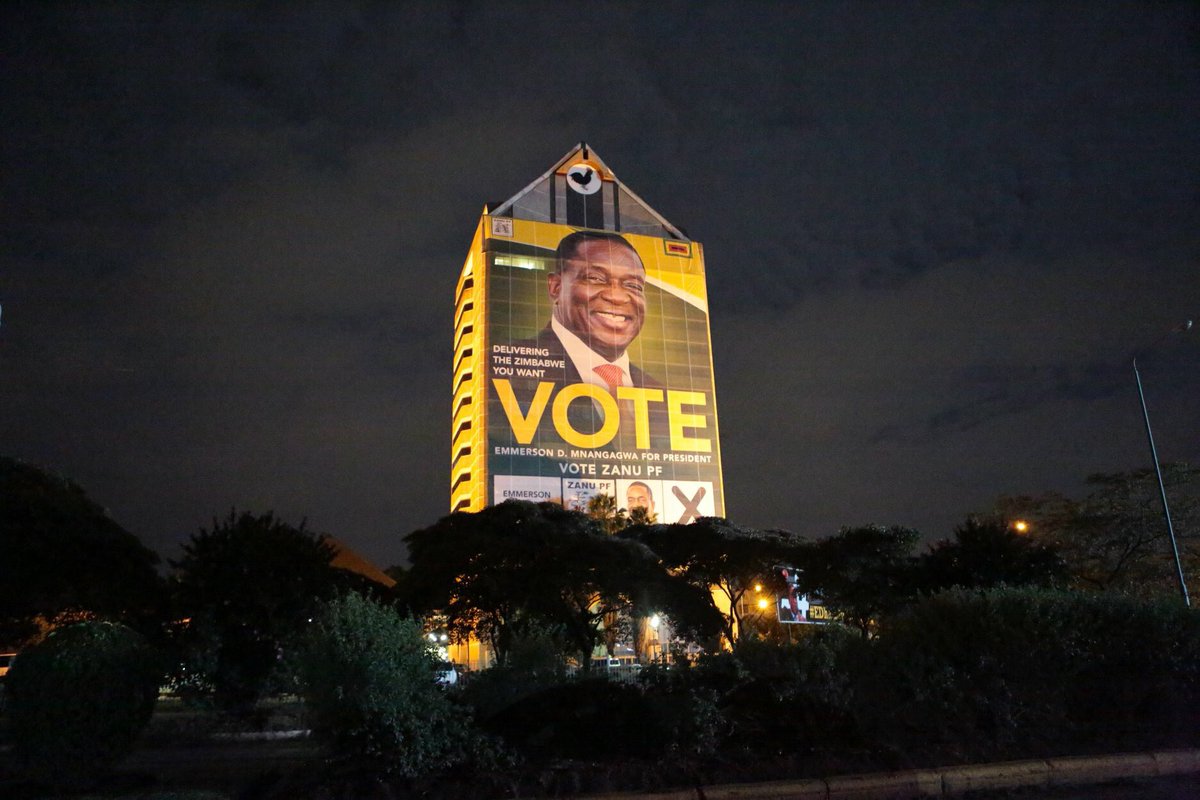 POLITICAL analysts have warned that President Emmerson Mnangagwa’s increasing use of parallel campaign groups for himself which are outside Zanu PF structures is stoking tension in the ruling party.

This could result in protest votes commonly known as “bhora musango” at next year’s watershed general elections. Bhora musango, a Shona language phrase which literally means “to deliberately kick the ball off the pitch, instead of scoring it”, was a clandestine campaign by disgruntled Zanu-PF leaders in the run-up to the 2008 harmonised elections against voting for the party’s presidential candidate, the late Robert Mugabe.

As part of the campaign, party members would pretend to be in support of the party’s presidential candidate during the official campaign trail, but would not vote for him at the ballot box.

During that year, Zanu PF had launched a campaign themed Bhora Mugedhi (“kick the ball into the nets”) and so Bhora Musango was used as a counter to that and it saw Mugabe losing the first round of the March 2008 presidential poll to the opposition MDC’s founding leader Morgan Tsvangirai. In 2022, various groups ranging from civil servants, informal traders, religious sectors, media, among others, have been launching campaign formations for ED and pledging to support his re-election bid next year.

The groups include Teachers4ED; Journalists4ED, Pastors4ED, Nurses4ED, Doc tors4ED, Mahwindi4ED, Youths4ED and the recently launched Vision 2030 Movement. While these groups have pledged to specifically campaign for Mnangagwa, they are doing so outside the Zanu PF commissariat organ led by Mike Bimha which is responsible for mobilising support for the former liberation party.

In separate interviews, political analysts said while the development exposes Mnangagwa’s mistrust of the party organs ahead of next year’s elections, it is stoking intra-party tension.

University of Zimbabwe political scientist Professor Eldred Masunungure told The NewsHawks that what is more baffling to Zanu PF cadres is the fact that the people in the parallel structures seem to be getting more benefits and easier access to Mnangagwa than party officials.

“This is a very high-risk strategy which arises from deep distrust by ED and his allies regarding the conventional party organs e.g the three leagues (youth league, women’s league and war veterans).” “It is dangerous to play parallel extra-party formations against those bona fide structures of the party.”

“This feeds into tensions, suspicions that may even explode into conflict, especially if the parallel structures are feted with patronage goodies like branded vehicles, allowances and even easier access to ED and members of the First Family,” he said.

Prof Masunungure also pointed out that if Mnangagwa continues on the same political path of parallel structures, there will be a repeat of the 2008 “Bhora Musango” scenario in Zanu PF. “This (Mnangagwa’s parallel structures) is something that can easily breed ‘bhora musango’ impulses, with all the perverse and disastrous consequences, especially for ED himself.”

“In the end, there will be re-enactment of the March 2008 scenario. Whatever the rationale, it is evident that ED does not want to put all his eggs in one party basket,” said Prof Masunungure.

Another political analyst, Professor Stephen Chan, said while the parallel structures are fomenting discord in Zanu PF, there is no evidence that they command huge support for Mnangagwa.

“The President’s effort to forge specialist support groups has created a lot of noise, but there is absolutely no evidence that, e.g. Teachers4ED commands anything like a majority of teachers — a huge number of whom, like medical workers, are voting with their feet against a government and President that has not raised their living standards or prioritised their mission of education and health,” he said.

Prof Chan added that the year was generally difficult for Mnangagwa, politically. “2022 saw the continuing collapse of the original Mnangagwa initiative of Zimbabwe’s being open for business. The initiative seems more and more in retrospect like a public relations stunt, hoping to convince the international community of a serious overture based only on rhetoric and cosmetics.”

“The lack of an actual operational environment and honest infrastructure for business meant few major Western investors came,” he said, adding: “Meanwhile, the oligarchic class prospered but many of them depended on party connections or the environment of corruption. The minister of Finance laboured on macroeconomic incremental improvements, often with a difference of outlook to that of the central bank governor.”

“It is not certain how much of the technical detail Mnangagwa understood, but it certainly seems he was blind to the increasing hardship faced by Zimbabweans who are not members of the oligarchic class and party elite.” “2022 concludes with Zimbabwe in the bottom percentile of a huge number of international league tables, from economic stability to political transparency.”

Rashweat Mukundu, a political analyst, said Zanu PF was being turned into a fiefdom by Mnangagwa’s parallel structures.

“ED has no confidence in the party which is bedeviled with all sorts of differences, hence formation of parallel structures that are spread across all sectors we hear of, including comic ones like single mothers and driving schools for ED.”

“What this shows is that ED is entirely focused on his own power and not that of the party and he wants to remake Zanu PF to suit his own ambitions. Zanu PF is no longer a democratic party but a fiefdom, all to worship and serve ED,” he said.

Govt restored factory settings to save dollar from collapse