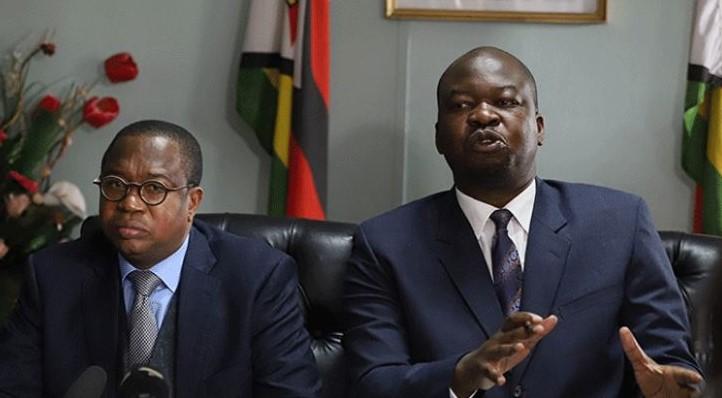 WHEN Finance minister Mthuli Ncube told delegates attending the 2019 post-budget breakfast meeting that the authorities were considering de-dollarising the United States dollar which had been widely credited for stabilising the economy, the world listened and watched.

History had proven that this experiment had a low success rate and ordinarily all eyes were fixed on the Cambridge-trained economist to see if he could wave the magic wand and shout voilà, the domestic currency is back with a bang and much stronger.

“We are in a transition but the trick to de-link the United States dollar is exchange rate stability. If we can keep the exchange stable for six months to a year, it can help us de-link,” then said Mthuli.

A lot has happened and that plan is now on the backburner for now. For a country which has for years gloated over the concept of sovereignty to side step international criticism on issues such as human rights and governance, transacting in Zimbabwe dollars would have given the central bank more control over the monetary policy and possibly generate more seigniorage, if the currency remained stable.

But Zimbabwe — which is in debt with international financial institutions such as the World Bank, African Development Bank, Paris and non-Paris Club members — effectively mending the economy over a long period of time has proved to be a tall order.

The IMF, which periodically reviews Zimbabwe’s economy policy, continues to flag the absence of some economic and political governance reforms as major setbacks to having a stronger currency.

The Zimbabwe dollar, which the authorities unashamedly said was the strongest currency in southen Africa, began the year on the back foot. After partially liberalising the use of free funds following the outbreak of the Covid-19 pandemic, the dollar went on a slippery slope.

It worsened in 2022, with most retailers charging astronomical premiums on the greenback to hedge against inflation. Reserve Bank of Zimbabwe governor John Mangudya, who is currently serving his last fouryear term, was desperate to stop what his predecessor Gideon Gono went through.

Mangudya, who became the public face of the ambitious plan to restore the local unit via a fiat currency he called bond notes in 2016, did not want history to repeat itself.

His tone changed from that of moral suasion to that of a command-type economy. He worked hand-in-glove with the Financial Intelligence Unit (FIU) in coming after those accused of driving illegal foreign currency trades.

Another dramatic collapse of the Zimdollar would not have given President Mnangagwa political capital ahead of the 2023 general elections.

One Sunday afternoon in May, Mnangagwa, who was battling growing national resentment over a floundering economy, was flanked by Ncube and Mangudya during a news conference at State House where he announced unprecedented measures in a bid to arrest the currency decline.

At the time, the Zimbabwe dollar was officially quoted at 165.94 against the US dollar.

It continued to slide on the parallel market, where it is trading between 330 and 400 to the greenback. The country’s highest denomination had become so worthless that it could buy a loaf of bread.

“Lending by banks to both the government and the private sector is hereby suspended with immediate effect, until further notice,” Mnangagwa said in a statement.

In typical fashion, Mnangagwa, who has the FIU at his disposal, accused unnamed speculators of borrowing Zimbabwe dollars at below-inflation interest rates and using the money to trade in forex.

Other measures include an increased tax on forex bank transfers, higher levies on forex cash withdrawals above $1 000, and the payment of taxes which used to be charged in forex in local currency.

The devaluation of the Zimbabwe dollar’s black market exchange rate, which is used in most financial transactions in the economy, has been driving up inflation.

What followed has been increased use of the US dollar, which flies in the face of Ncube’s initial remarks. To re-assure the market that government would not introduce any knee-jerk reactions, a statutory instrument giving legal effect to the extended use of the multiple currencies mainly dominated by the dollar was promulgated.

The experiment to de-dollarise had failed and Zimbabwe plans to go back to the drawing board in 2025 when this law will be reviewed. As for now, the local currency, which has over the past three months narrowed its premium with the US dollar, is in short supply and appears strong, for now.

Information gathered by The NewsHawks shows that on the streets of Harare it is trading at US$1: ZW$800 and officially one requires not more ZW$750.

While authorities would want a pat on the back, sceptics are already seeing danger. Hiking the cost of borrowing, they say, will choke small businesses and result in an even more serious economic situation: The law of unintended consequences.

As the year ends, Mangudya remains optimistic that the Zimdollar will hold its ground. But for how long? Time will tell!

Related Topics:mthuli ncube
Up Next

2022: The year Mnangagwa reined in his rival Chiwenga