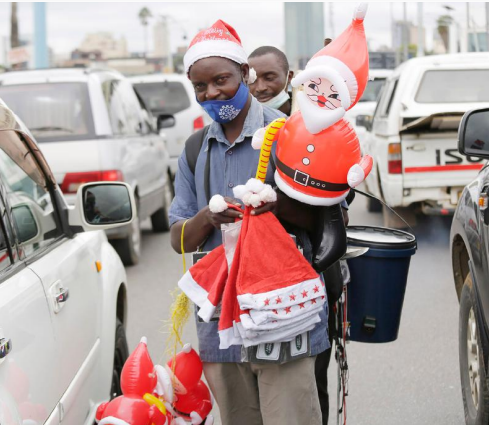 THE year 2021 was a sad one for workers because of a plethora of challenges, including the Covid-19 pandemic and now they will round it off with a bleak Christmas.

Workers’ unions say the government failed to improve the lot of workers who are bearing the brunt of a high cost of living, as well as social and health challenges caused by the Covid-19 pandemic. Zimbabwe Congress of Trade Unions (ZCTU) secretary-general Japhet Moyo said 2021 will rank among the toughest years for workers.

He said several workers lost jobs and were not given social protection by government.

“Of all the four pillars of work deficits: job opportunities, health and safety, social protection, social dialogue, a number of factors mitigated against achieving the pillars. The disruptions in production as a result of Covid-19 resulted in fewer job opportunities and more workers exposed to the dangers of contracting the virus,” Moyo said.

‘‘Social protection was not adequate for those who lost jobs because of loss of value to our currency. Therefore, 2021 was not different from the previous year. The whole Covid-19 era has been tough for workers.”

Moyo added that there was a huge disparity between wages and prices of goods and services, meaning that there is no festive cheer for the majority of workers.

Progressive Teachers’ Union of Zimbabwe (PTUZ) president Takavafira Zhou said 2021 was tough for teachers countrywide, adding the misery would extend into the festive season. Zhou said the lack of social dialogue “in order to enhance industrial harmony and productivity” fueled industrial disharmony, throughout the year.

‘‘As teachers, we felt short-changed on collective bargaining with the government sticking to obsolete and moribund Statutory Instrument 141 of 1997 as opposed to section 65 of the national constitution . . . Furthermore, the government failed to respect International Labour Organisation conventions 87 and 98 it has ratified, let alone to ratify conventions 151 and 154 pertaining to better treatment of government workers,’’ Zhou said.

He said taking advantage of Covid-19 lockdowns, their employer totally abandoned engagement and practiced unilateralism on the so-called Cost of Living Adjustment (Cola) which never ameliorated conditions of services due to inflation and valueless Zimdollar.

‘‘There is nothing positive, despite attempts by others to see the US dollar bonus as a positive. Such a bonus came from a government that has been robbing every teacher of US$440 every month since October 2018,’’ Zhou said.

Healthcare exodus Zimbabwe was hit by a staff exodus, losing more than 2 000 health professionals this year, more than double the number lost last year as social justice continues to erode.

These include nurses, doctors, and pharmacists, among other professionals, to other countries. According to Health Service Board (HSB) executive chairperson Paulinus Sikhosana, the government must devise solutions to counter the impact of such challenges.

Sikhosana noted that the exodus was heightened by the Covid-19 pandemic, which increased demand for healthcare workers across the globe.

“Unlike the preceding years, 2021 was a year that the board did not experience any collective job actions and was, therefore, able to focus on strengthening the quality service delivery. However, the year had its own challenges, some of which included the unprecedented staff attrition from the service, particularly from such categories as nurses, doctors, pharmacists, and other staff categories who were being actively recruited by agencies from developed countries and some setting their sights at neighbouring countries,’’ he said.

“By June 2021, the health service had lost more than twice the number of nurses that left the service in the whole of 2020.”

Zhou accused the government of paying workers “starvation wages”, resulting in many of them being incapacitated.

‘‘Several teachers were therefore grossly incapacitated, failing to buy basic food for their families, pay medical, utility bills, rentals and even school fees for their own kids even at schools they are teaching,’’ Zhou charged.

Civil servants were forced to join the Government Employees Savings (Gems) scheme although some teachers opted out of a loan facility that is “dubious”, Zhou added.

Amalgamated Rural Teachers’ Union of Zimbabwe (Artuz) secretary-general Robson Chere said teachers were forced to rashly implement the Continuous Assessment Learning Activity (Cala) scheme over three months although it should have been done in two years.

He said teachers operated without budgets, training or assessment tools. ‘‘Our membership was forced to invigilate public examination run by a parastatal that ordinarily must pay for services rendered by teachers.

The government failed to avail safety and health of teachers as teachers, pupils, and ancillary staff were forced to go to schools without any test for Covid-19. It exposed the education sector,’’ Chere said. Loss of income value Zimbabwe Diamonds and Allied Workers’ Union secretary-general Justice Chinhema said mine workers suffered due to the eroded value of income.

‘‘Slave wages were being paid in the year 2021. Besides the cry for a living wage, the sector witnessed increased cases of death traps. In underground mines, mostly the small mining sector, breadwinners were lost,’’ he said.

Chinhema said the Covid-19 pandemic limited movement and also facilitated the exploitation of workers. “The restrictions allowed some big mines to stop unions from visiting their members to carry out education, inspections and awareness. We ended up using social media which in some cases is not accessible by many workers,” he said.

‘‘The chrome mining had many workers losing employment and, as a union, we failed to represent them as dispute resolution process becomes so difficult as some cases reported in 2018 were never attended to till today. As a union, we are not happy with the Chamber of Mines and the Associated Mine Workers’ Union on their corrupt agreement to combine the third and fourth quarter wage negotiations which prejudiced workers of a salary increase from October, November and December.”

Owing to the slave wages, many workers are having an unpleasant Christmas, he said. Tobacco Farmers’ Union of Zimbabwe president Believe Tevera said the sector witnessed the exploitation of farmers, workers and other service providers.

‘‘The year 2021 was a bad year for tobacco farmers besides generating millions of US dollars in foreign currency.

Tobacco farmers were forced to scale down due to lack of funding and are now in huge debt from dubious contracting companies. Few of those that sold their products failed to travel to auction floors. There was the exploitation of tobacco farmers, transporters, and others who felt shortchanged in the sector. The year was too bad for tobacco farmers in general,’’ Tevera said.

Related Topics:WorkersZimbabwe Economy
Up Next