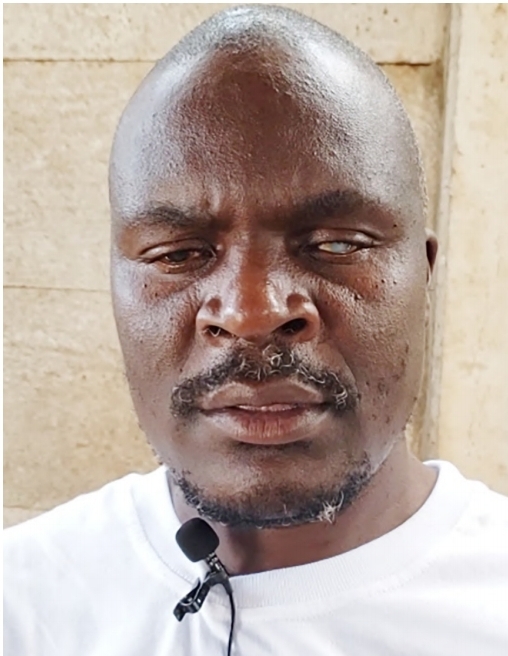 WHEN he completely lost his sight in 2014 and hit rock bottom due to depression and anxiety, Joseph Chiputura (pictures) never dreamt he would one day wake up and be chosen to lead his people as a councillor.

After all, he did not aspire to political office. In 2018, he heeded the call of his people to become councillor for ward 13 in Rushinga Rural District Council and has been a champion for community development ever since.

His story is that of a man whose community saw beyond his visual impairment and lobbied that he be part of the three candidates who would battle it out in primary elections for a ticket to represent Zanu PF as a local government candidate in the 2018 harmonised elections.

“For years, people from my community had been challenging me to take up a leadership role, saying they liked how I made meaningful contributions whenever we would have feedback meetings with our councillors and MPs, a suggestion I thought was far fetched at first until I realised that my disability was nothing but a condition that does not hinder me from performing my duties if I’m to become a leader,” Chiputura told The NewsHawks.

“The support that my community continued to give me during and after the primary elections was overwhelming. Of course, the people I was competing against encouraged people not to vote for me because I’m visually impaired, which they equated to being useless, but my community who had persuaded me to run for councillor in the first place stood with me and it’s been like that up to today.”

Determined to help his community adapt better to climate change as manifested in the erratic rainfall that his area has been receiving, resulting in the loss of livestock and crops, Chiputura with the help of community members built three-way dams.

The small dams have been a game changer and have positively contributed to food security at a local level.

“It’s so unfortunate that areas like Rushinga where I live, have been greatly affected by climate change-related erratic rainfall patterns. For years, communities have been facing a lot of water challenges, which has resulted in them drinking from unsafe water sources like mifuku and livestock dying at an alarming rate. Together with my community, we came up with an initiative to build way dams that trap water whenever it rains. We use that water to water our gardens, feed our livestock, among other domestic uses,” he said.

“I’m happy to let you know that our ward has the highest number of way dams compared to any other ward in Rushinga and our water table has arisen from past years, where boreholes would be drilled for up to 50 or 60 metres with no drop of water. Now most of the boreholes that have been drilled are pumping out water and solving our water crisis.”

Apart from working with his community on climate change adaptation methods, Chiputura has also been championing the rights of persons living with disability in his community as well as lobbying for improved living conditions of workers from different government departments who serve in his community.

“We founded an organisation that offers different skills to persons who live with disability in our district called the Chimhanda Disability Organisation, which has equipped more that 50 people with baking skills that has led to them opening a bakery which supplies the local community with bread on a daily basis,” he said.

“We are also building a staff block at Chimhanda Health Clinic which will see our nurses living in better houses, the ones they have now and I’m hoping that the better living conditions they will have will motivate them to serve this community wholeheartedly like they have always done.”

Asked about his political plans, Chiputura chuckled and said he became a councillor because of his community and whatever their demands are going to be in the future, as long as they are linked to developing their way of life as a community, he is willing to be their servant.