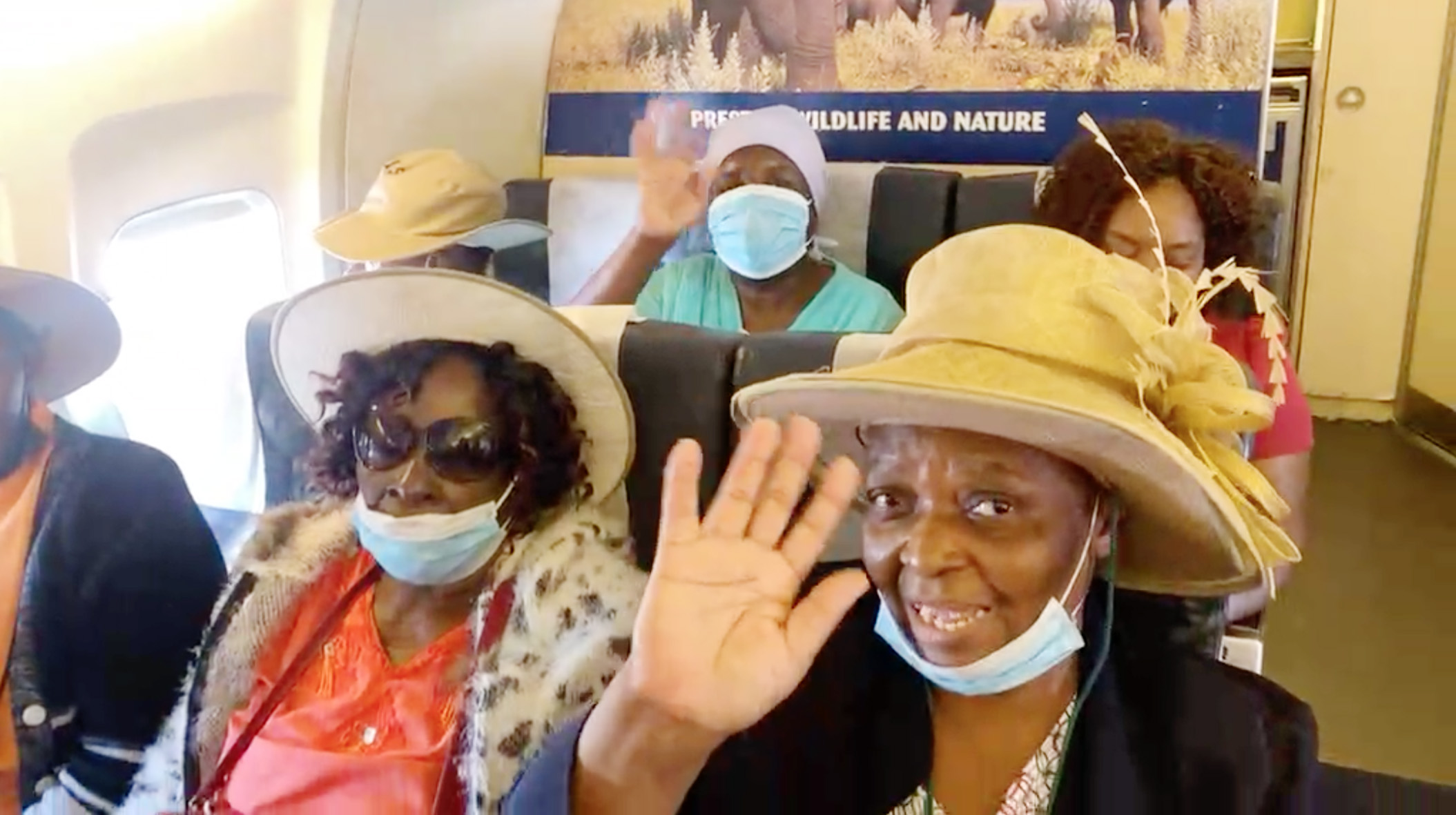 AS the Air Zimbabwe plane touched down at Robert Mugabe International Airport in Harare, they burst out in song.

As the song reverberated around the tarmac, AirZim captains who had ferried them to Victoria Falls joined in song and dance.

Once inside the terminal, another elderly woman burst into song, Zvaringana Kurangarirwa Najesu, translated “it is good to be remembered by the Lord”.

Here the grannies were receiving parting gifts after a weekend of adventure in the resort town.

The joy was palpable as chatter went around as to how the Mothers’ Day weekend was a memorable affair.

Adorned in beautiful dresses, some in lovely hats and headwraps, the mothers’ affair was a marvel to watch.

With smiles on their faces, these grandmothers showered praises upon the flight crew following their maiden return flight to Victoria Falls.

The fear of boarding a plane for the first time was overshadowed by the excitement that gripped the entire plane as they took off for Victoria Falls.

Made possible by their children living abroad, in partnership with radio personality Tilder Moyo, the mothers had the time of their lives.

As first timers were nervously tucked in their seats, Moyo helped them ease the tension, joking that they should visit the toilet as soon as the plane reached a certain altitude, she chuckled.

“I really enjoyed my trip to Victoria Falls. I do not want to ride a bus anymore; I want to fly. You feel nothing when you are up there,” one mother said.

Once in Victoria Falls, the mothers had a treat of a lifetime, enjoying recreational activities on their children’s account.

A dip in the pool and a walk around the rainforest as the mighty Mosi-Oa-Tunya thundered, completed a memorable Mothers’ Day weekend.

Some could not hide their joy when legendary gospel musician Charles Charamba graced the stage, belting out hit after hit.

Komborerai Vana Vangu, (God bless my children), the mothers sang in a passionate plea to God to bless the children.

Others were overjoyed when the youthful Jah Signal performed at the dinner gala held at the Elephant Hills Hotel.

One granny joined Jah Signal on stage as he did his signature jump.

Thousands who watched on Facebook agreed that this was a good gesture for the mothers, with some promising to take their own parents on such trips.

This year’s trip organised by the Tilder Foundation was oversubscribed as Zimbabweans living abroad gave their mothers a treat of a lifetime.

“I would like to thank Air Zimbabwe for partnering with us. You gave us a good treat, the mothers are so happy,” Moyo said.