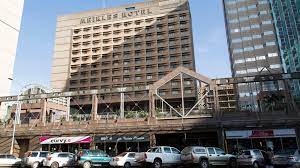 Zimbabwe’s tourism was one of the sectors hardest hit by the pandemic when global travel was restricted due to the outbreak of the disease. Several companies have been forced to embark on several cost-cutting measures in response to low business activity which was triggered by Covid-19.

“Despite the Omicron variant-induced cancellations of regional and international bookings, there was a sustained growth in both room occupancy and revenue at the hospitality segment during the quarter under review,” Meikles said in its latest trading update .

The quarter under review, the company further said, commenced with increased business activity after the easing of lockdown measures by the government. However, the restrictions were tightened after the emergence of the Omicron variant at the end of November 2021.

Commenting on its retail chain, Mekles said : “The changes to lockdown measures had minimal disruptions to the supermarket segment, but led to cancellations of regional and international festive season bookings for the hospitality segment.”

On the inflation front, there was a reversal of the sustained disinflation trend witnessed during the first half of the year, the company said.

“The quarter was characterised by elevated inflation driven primarily by the depreciation of the exchange rate. The rising inflation led to escalations in operating costs, putting pressure on profit margins,” further reads the trading update.

“Economic growth is projected in year 2022 and the group is optimistic about its prospects during the last quarter of its financial year. Revenue growth has remained at the same level achieved during the last quarter at the supermarket segment. The group is focussing on cost management to mitigate the adverse impact of rising inflation to profit margins. In addition, all the group’s segments are implementing various measures to reduce the adverse impact of Covid-19 to operations.”—Staff Writer.