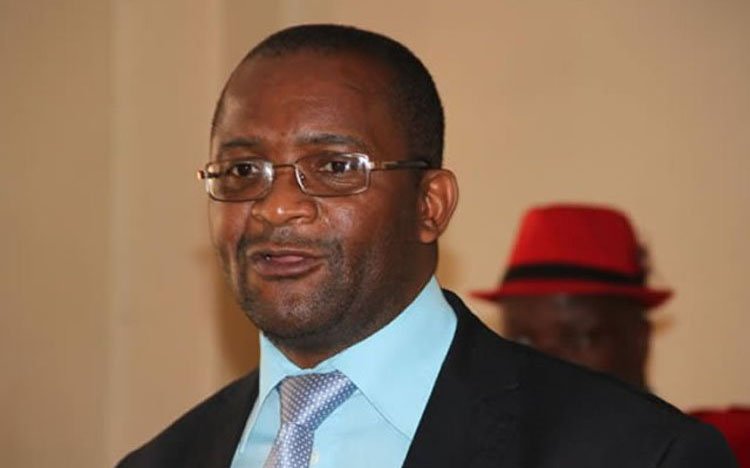 MDC-T leader Douglas Mwonzora’s days at the helm of the opposition outfit could be numbered as hawks within the party are baying for his blood, attributing the political outfit’s dismal performance in the 26 March by-elections to his Zanu PF links.

Insiders told The NewsHawks this week that Mwonzora’s political career is now hanging by a thread, with a clique now calling for his removal from the party leadership.

Mwonzora is now isolated in the party with many officials who did his bidding now against him after they were told by the electorate that their leader was a Zanu PF plant.

The MDC-T failed to win a single parliamentary or local authority seat. The party’s losing candidates say they lost because Mwonzora was not sellable as he was seen as a sellout doing Zanu PF’s bidding.

“The party members are not happy with the dismal performance during the by-elections. The calls for the president (Mwonzora) to step down have been coming from every corner in the party because most people have attributed the loss to his poor leadership,” a senior party official told The NewsHawks this week.

Vocal party candidates, including Norest Marara (Harare Central), Zivai Mhetu (Epworth) and Fungai Chiposi (Kambuzuma), among others, openly told Mwonzora that although the electorate has a soft spot for the MDC-T, voters are unhappy with him as the face of the movement.

“Candidates came back from their campaigns with the disappointing news and Marara, our candidate for Harare Central, openly told the executive in one meeting that the president was not sellable to the people,” the source said.

Marara was at one time a strong Mwonzora ally and views himself as a kingmaker in the opposition party given his financial muscle while Mhetu is also financially strong and poured US$50 000 into his ill-fated campaign which ended in defeat to Zanu PF’s Zaleriah Makari.

Mwonzora, who has been linked to Zanu PF, did not hide his desire to work with President Emmerson Mnangagwa in blocking the holding of by-elections and ultimately the 2023 general election.

The former MDC-Alliance secretary-general was helped to decimate the Nelson Chamisa-led opposition by Mnangagwa’s military and police who stood with him to take over the party headquarters in Harare.

His party claimed the MDC-Alliance tag and sought to politically immobilise Chamisa, until the 44-year-old leader formed a new outfit, the Citizens’ Coalition for Change (CCC).

Last week, on Mwonzora’s instruction, Mhetu, Chiposi and other officials who are accused of plotting to topple the party leader were barred from entering the party headquarters where the issue of 3xp3lling the so-called renegades was set to be tabled at the national council meeting.

The officials have vowed not to go down without a fight, adding that Mwonzora is clutching at straws while banking on his loyalists who include MDC founder Morgan Tsvangirai’s son and Glen View member of Parliament Vincent and party youth chairperson Yvonne Musarurwa.

Mwonzora is also facing tough questions for alleged abuse of party funds received under the Political Parties (Finance) Act with party officials saying he has failed to account for millions of dollars.

“There are issues about the money as well. The structures asked the executive how they were expected to mobilise people for the by-election without resources,” he added.

Party national chairperson Morgen Komichi and Elias Mudzuri who were contesting for the presidential post at the party’s 2020 congress are allegedly pushing for Mwonzora’s ouster and position themselves for takeover and possible alliance with the CCC.

Komichi, Mudzuri and Thokozani Khupe challenged Mwonzora at the congress they said was manipulated in his favour.

However, Komichi dismissed the reports, saying they were working to resolve the challenges ahead of the 2023 elections.

“These are the issues that usually happen when political parties lose elections. We had a similar experience in 2005. You remember MDC lost dismally to Zanu PF and people tend to blame each other on who has caused it. At that time a crew led by Welshman Ncube blamed Tsvangirai. In 2013, Cde (Tendai) Biti and (Elton) Mangoma blamed Tsvangirai and asked him to resign,” he said.