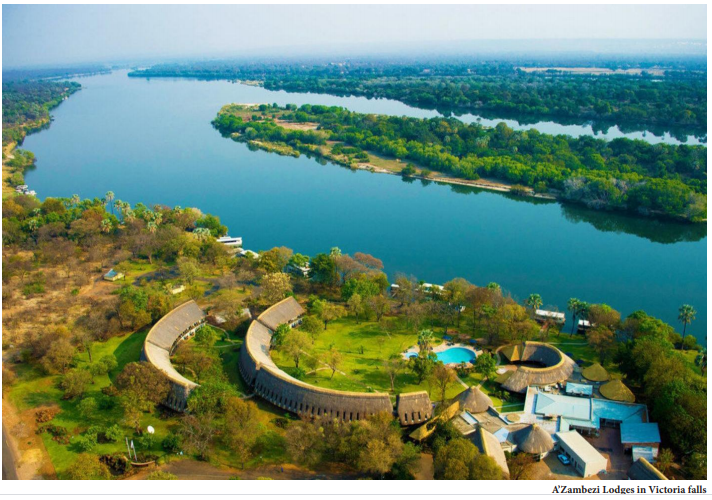 A STAGGERING 7 000 people employed in Victoria Falls’ tourist facilities have lost their jobs since 30 March when the government introduced a national lockdown to slow the spread of Covid-19, a new study has revealed.

Victoria Falls is Zimbabwe’s prime tourist destination. It receives tens of thousands of tourists every year, but the disruption of travel globally is taking a toll on the resort with many businesses facing viability problems.

According to the United Nations’ World Tourism Organisation, a massive drop in international travel demand over the period January-June 2020 resulted in a loss of 440 million international arrivals and about US$460 billion in revenues from global tourism.

According to findings of a recent study by We are Victoria Falls, a local hospitality industry initiative, the lockdown has affected 94% of the people employed in the sector.

It says 49% of workers in tourism were forced to work reduced hours and to take pay cuts as a result of the lockdown.
At least 18% of the workforce was given unpaid leave.

“Twenty seven percent of staff has been retrenched, which translates to approximately 7 000 employees in Victoria Falls if extrapolated across the tourism sector,” reads part of the findings.

Job losses in Victoria Falls is a microcosm of the national situation where companies have put workers on unpaid leave and retrenched in large numbers.

The report says only 6% of the tourism industry players in the resort town are yet to take such drastic measures to save their businesses.

Other big players that have taken similar actions include Africa Albida Tourism Group, Ilala Guest Lodge, and Wild Horizons, among others.

“We have lost over 90% of our business,” Musonza said. “A lot of employees have been put on unpaid leave and some are on minimal pay, but a lot of people as much as I know have lost their jobs in the industry.”

Employers’ Association of Tourism and Safari Operations president Clement Mukwasi said the job losses affected employees from across the board.

“A lot of people who were on permanent employment lost their jobs,” Mukwasi said.

“This ranges from management to the people on the floor. The road to recovery will be very tough.” In August, President Emmerson Mnangagwa launched the National Tourism Recovery and Growth Strategy, which the government said will focus on boosting domestic tourism.

The government, however, has been silent on a rescue package tailored specifically for the tourism industry. Mukwasi said revenues generated from domestic tourists alone would not be enough to rescue the industry.

“Most companies have not accessed any recovery funds from lending institutions and, as long as the borders are still closed, our industry will not manage to recover from the domestic market only,” he said.

“So even when the borders open, we think that the recovery is going to be slow.”

Mukwasi, who is also the Shearwater spokesperson, said his company has not been spared and had to retrench.

“Our cashflow immediately stopped, and we had no other source of revenue, “ he said. “We could not sustain costs, so we had to engage the works council and negotiated the exit of employees. As a company we hope to recover together with the whole world and grow with the rest of the industry.

“Nobody left their job at their own will, but basically that’s what we had to do because Covid-19 came quite rapidly and we could not foresee its effects.”

Musonza said he feared that only a few companies will resume business when the pandemic is brought under control.

“I foresee a big number of companies not coming back because, having gone for eight months without inflows of money, these businesses have really started struggling,” he warned.

“Small to medium entrepreneurs have not had enough support and they didn’t have enough savings. Even the big companies, some of them their businesses may also grow much smaller and thinner and will be offering services that are slightly different from the previous models.”

To spur recovery, Mukwasi said the government should consider availing credit lines for tourism operators under the ZW$18 billion economic rescue package. The operators also want the government to suspend payments for licences and lease fees owed to state institutions.

Mukwasi said companies should be allowed to operate without paid-up licences except for inspections and standard keeping.

“The reserves of all companies are depleted and our creditors are on our necks every day both locally and outside,” he said.

“The debtors are not paying us while we have to renew our operating licences, leases in national parks and Forestry Commission areas and they are supposed to be paid up.

“So, we actually have sent out a word to government so that there may be a consideration of waiving the rentals and leases, hunting, conservancy fees and other charges that the government levies on operators.