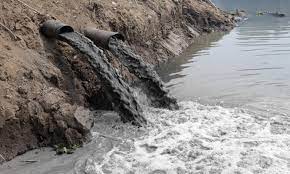 AN estimated 399 megalitres (399 million litres) of raw and partly treated sewer water being discharged daily by local authorities into water bodies is threatening public health and aquatic life, a bi-annual river analysis by the Environmental Management Agency (Ema) has revealed.

The analysis focussed on five rivers, namely Manyame in Harare, Nyatsime in Chitungwiza, Umguza in Bulawayo, Mtshabezi in Gwanda and Runde in Masvingo.

Three parameters used to determine the extent of pollution in these rivers were dissolved oxygen saturation, phosphates and manganese.

Dissolved oxygen percentage saturation is a critical parameter which indicates the ability of a water body to sustain aquatic life forms that depend on oxygen for survival. The minimum recommended limit for dissolved oxygen is 60% saturation, below which organisms such as fish may find it difficult to survive.

According to Ema’s analysis of the rivers for the period January to June 2021, there was a decrease in dissolved oxygen from January to June in three of the five rivers, namely Nyatsime, Mtshabezi and Umguza, owing to sewage disposal.

“These rivers receive sewage effluent from urban sewer treatment plants as they pass through urban set-ups and recorded dissolved oxygen below the recommended limit ranging between 35.28% and 42.45% saturation,” the report says.

“Low dissolved oxygen levels in ambient water is normally associated with high nutrient content thus high concentrations of phosphates and nitrogen, which in turn are released by organic matter in the water body.

The study also revealed that the concentration of phosphates within the rivers had increased between January and June this year, threatening aquatic life.

High phosphate concentrations in ambient water contribute to eutrophication and ultimate fish death due to reduced dissolved oxygen level. Manganese was also among the problem parameters identified in the five rivers.

“Phosphates concentrations in the five rivers were generally observed to be increasing from January to June. The recommended limit for phosphates is 0.5mg/l against the six-month computed average phosphate concentrations for the five rivers ranging between 0.023mg/l and 2.71mg/l, with Nyatsime and Umguza rivers being the worst affected by both dissolved oxygen and phosphates,” the report reads.

“Generally, manganese concentrations were also observed to have increased from January to June in three of the five rivers, namely Nyatsime, Manyame and Umguza.

“The average manganese concentrations for the three rivers were noted to be above the recommended limit of 0.1 mg/l, with Umguza recording the highest at 0.49mg/l. The primary concerns of manganese in drinking water are its objectionable taste and its capacity to stain plumbing and laundry.”

According to Ema’s environmental education and publicity manager, Amkela Sidange, water quality from these rivers was an indication of the impact of poor waste water management in the country, especially sewer.

“This (discharge of raw or partly treated sewage) renders water quality in these rivers compromised and putting health of the public at risk, especially downstream users, hence the call to urban local authorities to prioritise proper sewer treatment that does not compromise the health of the public and integrity of the environment,” she said.

“From this half-year consolidated analysis, Nyatsime, Umguza and Manyame rivers are highly polluted mostly due to poor sewer management by local authorities they transcend through.”

“Local authorities should protect the people because we pay for the water that we get and we pay for the sewer that we discharge but now it has an impact on the pricing of cleaning water. Harare on its own they are charging residents for the 10 chemicals (for water purification) they are buying.

“So the water is expensive, but they are allowing people to settle on wetlands yet wetlands are a natural source of water purification. So instead of the wetlands to do the purification, which the city council is incapable of, they settle people there and the water there becomes runoff, leading to pollution of our rivers,” he said.

Ema’s recent analysis of the five rivers is not the first such study to bring to light the extent of local water pollution.

In 2019, Nanotech, a South African-based water solutions company, revealed during a test at Morton Jeffray Waterworks that the Harare City Council was pumping water polluted with deadly toxins that could affect the liver and central nervous system.