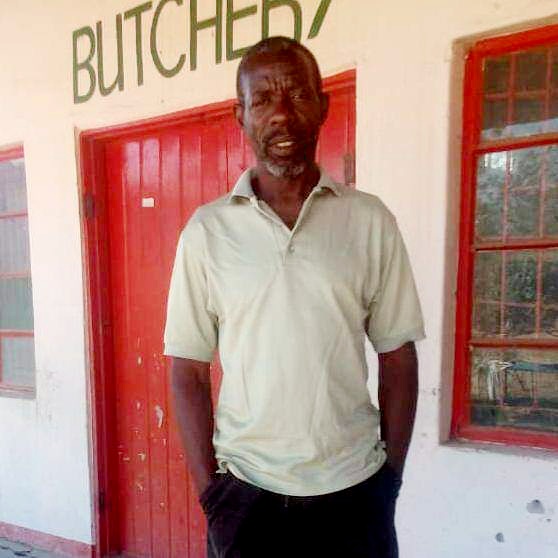 MAIN opposition MDC Alliance co-vice-president Tendai Biti says his purported recall, together with several other MPs, at the behest of a “political nonentity” Benjamin Rukanda (pictured), who once belonged to his breakaway People’s Democratic Party (PDP) before leaving for other parties, is a political fraud.

Biti said Rukanda is being used by his political opponents in Zanu PF and its allied opposition parties to destabilise the MDC Alliance as was the case with MDC-T, first under Thokozani Khupe and now Douglas Mwonzora, fighting them.

Rukanda wrote a letter to Speaker of Parliament Jacob Mudenda purporting to recall Biti and other senior MDC Alliance MPs linked to PDP even though he has no political, hierarchical or legal basis to do.

“I don’t really know much about Rukanda. He was at provincial level before the party split ahead of the 2018 elections; with Lucia Matibenga and Gorden Moyo supporting Joice Mujuru and us going back to back Morgan Tsvangirai,” said Biti.

“He is not PDP secretary-general. We don’t know him. He is fake. So how can he recall MPs from other parties? In any case, this issue is still before the courts. So it’s not possible to recall anyone when you are not a member of a party and while the issue is still in the courts. So obviously, this fraud will be challenged.”

In 2015, Biti and his allies broke away from MDC-T then led by Tsvangirai, the original MDC founding leader, and formed PDP. However, towards the 2018 elections, PDP split over the issue of going back to support Tsvangirai or backing Mujuru who had been expelled from Zanu PF in 2014.

Matibenga and Moyo – who was PDP secretary-general – supported Mujuru, while Biti and other MDC formations like the Welshman Ncube party backed Tsvangirai. Mujuru led the People’s Rainbow Coalition.

After Moyo left, PDP appointed Mbizo MP Settlement Chikwinya as secretary-general up to this day.

Chikwinya, the real PDP secretary-general, said it was legally not possible for Rukanda to recall any PDP official from parliament as he was not a member of the party and, even then, before the split he was merely a provincial official.

“Rukanda was a provincial member for Masvingo when the PDP was still united. Ahead of the elections, the likes of Rukanda joined the PRC led by Mujuru, but we contested under the MDC Alliance. Those who joined PRC said they had fundamental differences with Tsvangirai and could not work with him, but we swallowed our pride and joined the alliance, which means legally they cannot recall us because we are not part of them and they never sponsored us to be MPs in the first place,” Chikwinya said.

“So legally it’s impossible for them to recall us, but politically we know they are being sponsored by Zanu PF to destabilise our party. In this case, Zanu PF looked for a willing tool and they found one in Rukanda. This is a Zanu PF agenda, we know that.”
—STAFF WRITER