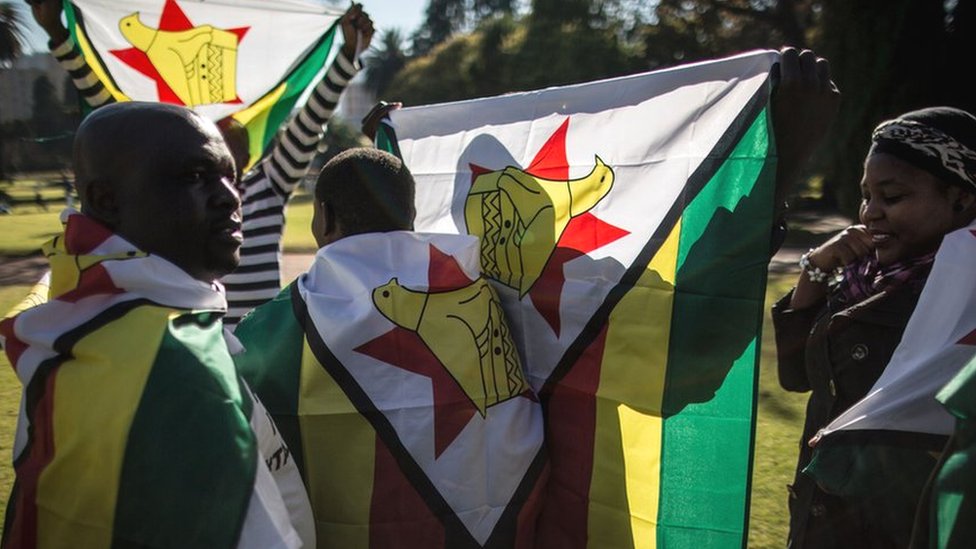 THE simplest definition of nationalism is love for one’s nation to the extent of being prepared to die for it.

It is the simplest but most meaningful definition because very few of the people who claim to be nationalists today meet the criteria of love and sacrifice for the nation.

Basically, to love one’s nation is to love the people in the same manner one loves himself or herself. This love for the people entails making sure their lives matter.

For a people like those of Zimbabwe and many Africans who experienced 90 years of dehumanising colonialism which denied their very humanity, African nationalism was expected to be a rehumanising force.

It was expected to enable self-recovery and self-reconstitution under the banner of self-determination not only for the state but for the people. Self-determination for the people is not reducible to the mere right to vote, which in Zimbabwe is yet to be liberated from those who think the gun can never be defeated by the pen and the “x”.

To reduce voting to a mere putting of an x on ballot paper is the most absurd understanding of self-determination of a people. Zimbabwean nationalism at its very birth was troubled by the problems of ethnicity and ego-politics of individual politicians who were bent on using nationalism instrumentally to attain power for the sake of power with no love for the people.

Equitable distribution of national resources, including land, has to be for nation-building. National history has to be a narration of the nation in such a way that it unites the nation. Did we do this in Zimbabwe? No, we did not.

Nationalism was turned into narrow partisanism. Ethnicity replaced the nation. Party politics was allowed to run amock. Media was used to divide the nation.

Music was used to divide the people.

History was re-written in partisan terms, not national interests. Terence Ranger coined the term patriotic history to name such a narrow partisan conception of history.

The social plurality of the country was viewed as a problem that had to be physically eliminated.

Perhaps being based in Mozambique where Samora Machel and his generation of leftists strongly believed that for the nation to live, the tribe had to die. This informed the Zanu-PF approach to nation building.

Gukurahundi seemed to be informed partly by this idea and partly by the raw will to absolute power ring-fenced by a one-party state.

State-building itself became batardised into the invasion of state institutions by the party, leading to the rise of a party-nation and a party-state.

In this love of the nation, there is always the caveat of also loving one’s neighbour in the same manner that one loves himself or herself and other selves.

This dimension expressed itself in terms of black consciousness and pan-Africanism.

However, most of the African leaders confused issues of nation, state, party, and leadership for selfish political reasons.

The very coupling of nation and state into nation-state opened the floodgate to political abuse of the two terms. Often when selfish leaders talk of the nation they normally mean the state.

But states come and go together with regimes and the nation as the people remains. One can give many examples of states which came and went: Torwa state, Mutapa state, Rozvi state, Ndebele state, and Rhodesia state.

A state, as Marxists schooled us, is an apparatus of powers controlled by the dominant class to dominate others.

It is never the nation. At the centre of the state is a dominant regime of power at a given time. In a democracy the regime is elected. In other instances it is imposed by force.

In non-democratic situations, the state and the party are conflated into one political monstrosity.
The party and the leader, beginning with those who arrogated to themselves the title of “Father of the Nation”, are often conflated.

People are invited to compose praises, songs and poems for these politically constructed montrosities. Bills are introduced through a dissempowered parliament on patriotism.

Patriotism is misconstrued to mean pacificication of critical citizens. Citizens are reduced to defeated voters who are fearful and every five years are invited to endorse the politically constructed monstrosities in what Thandika Mkandawire termed choiceless democracy.

Patriotism itself is being appropriated and used instrumentally to silence the nation.

In the final analysis, genuine patriotism is organic and automatic for the nation. But it is not a zero-sum game. Pride in one’s nation can be destroyed by failure of the state and leadership.

Pride can turn into shame if everything has failed. Where there are no jobs, no security of property, no service delivery, where the state is violent, where an ideologically bankrupt and failed leadership survives by violence, where democracy and human rights have been thrown out of the window, it is not surprising that attempts are made to impose patriotism through coercive means and prosecutions.

This is a poignant sign of failure by a regime to build any form of trust, confidence, and love from the people. Everything is now delivered through rule by law including patriotism.

As Zimbabweans, we have a right to be angry about the situation we find our country in, about the looting of resources by cartels and cabals that are connected to those in power!

In short, the Harare regime must not waste time on the Patriotic Bill. Zimbabwean are among the most patriotic people in the world. Patriotism is automatic where there is everything to be proud of.
We are currently in a shameful state of affairs.

No amount of rule by law will contain our critique of this shameful moment. Patriotism is never an empty shell or slogan bereft of content. Jobs, food, security, democracy, human rights, and service delivery deliver dignity to a people and automatically generate patriotism.

*Sabelo J Ndlovu-Gatsheni is Professor and Chair of Epistemologies of the Global South with Emphasis on Africa at the University of Bayreuth in Germany. He is a leading decolonial theorist with over 100 publications in the fields of African history, African politics, African development and decolonial theory.

Govt must be transparent on Chilonga