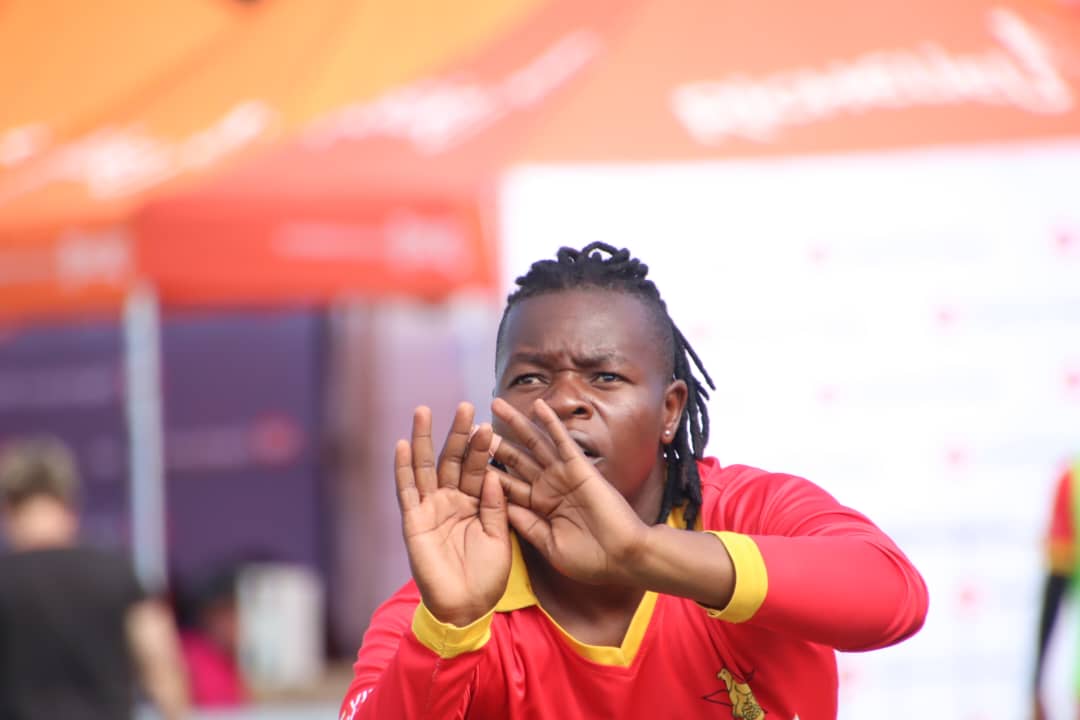 …Story of a precious asset for Zimbabwe

PRECIOUS Marange did not have much time to celebrate the triumph of the Zimbabwe women’s cricket team in a triangular series in Namibia on Tuesday.

Whereas her Lady Chevrons teammates had the night in Windhoek to savour the delightful clean sweep over the hosts and third side Uganda – knowing they would have time to unwind after flying back home the next day – Marange had to cut short the merriment to stay in top shape for another impending battle.

seven wickets in Tuesday’s final, the 39-year-old was quickly shuttled back to the hotel to pack her bags and rest before an early flight from Windhoek the next morning. Not back home, but to Tunisia, for another call of national duty and, incredibly so, in a different sport.

Multi-talented Marange also represents Zimbabwe at full international level in rugby, and on the same day that she was starring in the cricketers’

win in Windhoek on Tuesday, her rugby teammates were flying out of Harare for Tunis to take their place in the Africa Women’s Sevens tournament.

So important she is to the rugby team as well that special arrangements had to be made to send her over to Tunisia as soon as she was done with her cricket. Marange, who previously led the rugby team as captain, was expected to link up with

her 11 teammates and support staff in transit in Doha, or at the final destination, Tunis.

Zimbabwe, nicknamed the Lady Cheetahs, are in Pool B with South Africa and Senegal, with the tournament being played this Friday and Saturday in a town called Jemmal.

Marange is a mother and she is nearly 40, a very late stage

in the career of any cricketer or rugby player, male or female. At that point, age would have long started to take a toll on many athletes in any sport. But Marange is known to be a warrior and a workhorse, a fierce competitor. Expect her to shake off jet lag and all to feature for Zimbabwe in every match.

Hers is a truly remarkable and inspiring story of real humble beginnings.

The former domestic worker from Harare first learnt about cricket while watching TV during her household duty breaks. And then when she started playing, she realised she actually had plenty energy to utilise elsewhere. So she took to the rugby field and discovered that she was no slouch at it either.

And now she is on the verge of a pretty unique feat over the two days in Jemmal.

When Marange takes to the field, she will achieve the rare distinction of representing her country in international sports twice in the same week, in two different disciplines, across the length and breadth of a big continent. Probably a world record.

For Marange to command regular places at that age in two national teams, in different codes, does not

“Precious is very much a disciplined individual on and off the field, which gives her the edge over other athletes,” Chiwara tells The NewHawks from Jemmal.

“She puts in a lot of work to get herself better and she has lots of grit and fighting spirit in her. She is very careful

when it comes to what she eats or drinks, and looks after her body well in the gym, making her a super-fit 39-year-old. She is a valuable member of the team, who not only offers experience. Being a former captain, her contributions are golden. She has a very good understanding of the game, and she is a great mentor to the young players.”

As for the other reason, Chiwara can relate well,

himself having possessed bags of talent in both rugby and cricket in his day, at one point turning out for two rival clubs in the different sports at first league level.

A dynamic and powerful loose-forward for Harare Sports Club in addition to being a hard-hitting batsman as well as accurate medium-pace bowler for Old Hararians in his pomp, his versality perhaps came at a price because he chose both at a

critical chapter when he needed to focus fully on one to perfect his art and nudge national selectors. He was only able to make a Sables provisional squad and was never capped.

Chiwara does not however harbour regrets from his own playing days. For now, he is happy to put in the work in the background and have the limelight focused on somebody like Marange, who

unlike him has represented her country not in one, but two of the disciplines they both know well.

“It’s a special combination,” remarks Chiwara. “Precious is an all-round athlete. As a cricketer she is quite effective as a middle-order batter and has a good effective medium-pace which always gets wickets. She is robust on the rugby side. She reads the game well and she is a very strong ball-carrier. The two

sports complement each other when it comes to decision-making and discipline to focus on a particular task. A cricketer plans his innings well in advance, yet you have to play what is in front of you. Which is equally the same expected of a rugby player. The tactical approach is very much similar.”

It is a tactical approach that worked in Windhoek. It will be much tougher to execute in

Tunis as the Zimbabweans join a very strong field of Africa’s best female rugby players in the quest for a place at the global Sevens tournament in Cape Town in September.

Related Topics:CricketPrecious Marange
Up Next

EXCLUSIVE: How Zifa executives swindled FA of nearly US$1 million