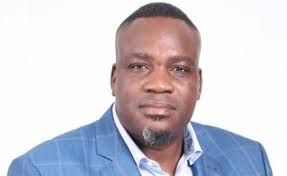 KUDZAISHE Ernest Chagadama of Zanu PF, Chalton Hwende (pictured) of the Citizens’ Coalition for Change (CCC), Urayai Mangwiro of the MDC-Alliance, Selestino Majiri of the Patriotic Zimbabweans, David Chamunorwa Kachidza of the United Zimbabwe Alliance (UZA) and Jedidiah Chigariro of the United Democratic Alliance (UDA) are contesting to become the member of Parliament for the Kuwadzana East National Assembly seat in the much anticipated by-elections scheduled for 26 March.

The seat fell vacant after the 2018 elected MP, Hwende, was recalled from Parliament by the then Thokozani Khupe-led MDC-T.

Chagadama declined to talk to The NewsHawks about his candidature

Mangwiro (46), who was a councillor for 10 years, is hoping this by-election will make him graduate into becoming a member of Parliament. He did his early schooling at Kuwadzana Primary School and moved to Dzivaresekwa High one for his high school. Mangwiro is a businessman based in Kuwadzana East.

If elected into office, he hopes to continue with the projects that he started when he was councillor such as the rehabilitation of public infrastructure and advocating for marginalised groups such as orphans.

“When I was councillor, I fixed the Kuwadzana Hospital and drilled more than 30 boreholes in Kuwadzana1, 2, 3 and 4, parts of Crowborough and Mufakose and I’m hoping to continue in the same spirit”.

“I’m also hoping to push for the inclusion of marginalised populations such as orphans, widows and the proper use of CDF (Constituency Development Fund), so that the electorate in my constituency benefit,” Mangwiro said.

Hwende was elected member of Parliament for Kuwadzana East in the 2018 general elections and was later recalled from Parliament by Khupe. He is a father of three and also a former student leader who at some point was secretary-general of the Zimbabwe National Students Union.

Apart from politics, Hwende is a businessman who owns a freight forwarding company. His first quest to be a legislator was in July 2013 when he contested to be MP for Chegutu West on an MDC-T ticket but he lost to Zanu PF.

Born on 14 March 1985 in Mufakose, Majiri attained his early education at Kuwadzana 4 Primary School and later moved to Kuwadzana 1 High School for his secondary education. He holds a diploma in marketing. Majiri said lack of development in the Kuwadzana East Constituency is what prompted him to push to become a legislator.

“Our constituency is in need of a facelift. The state of our infrastructure is deteriorating with each passing day and nothing tangible has been done for the past 10 years. If elected, Majiri hopes to solve the school crisis in the Crowborough area.

“I’m hoping to solve the school crisis that the Crowborough community is currently facing which has resulted in children using unsafe routes to school which is making them fall prey to sexual predators, alcohol and substance abuse, among other ills,” said Majiri.

Kachidza did not respond to calls and questions sent to him by The NewsHawks concerning his candidature.

Chigariro is a transformational speaker and life coach who believes public speaking engage ments should transform the listener into a better way of thinking and living for the betterment of humanity. He is a holder of an international relations and economics degree which he attained from Monash University.

Chigariro is currently writing his debut inspirational book titled Why Am I? Which aims at helping individuals answer the number one life question on why are they here on earth. If elected, Chigariro hopes to help the residents of his constituency spiritually, socially and economically. “Spiritually in beliefs.

People in our country for the longest time have lost hope on the voting exercise, for example people need to be encouraged so that they do not lose hope,” he said.

“Socially, I’ll deal with the issue of service delivery, paying particular attention to amenities. I hope to see to it that the electorate experience better service delivery on different facets. “Economically we need extracurricular activities for young people so that they practise careers open to talent,” Chigariro said.

What happens when Zanu PF faces an existential threat