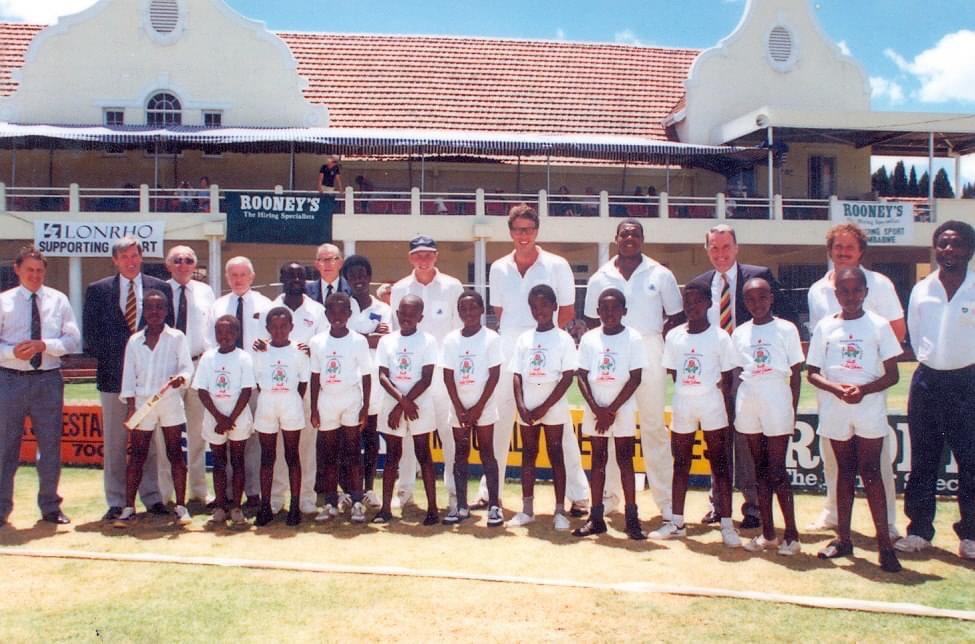 ALMOST 30 years ago, a year after Zimbabwe made its Test debut and the African country was world cricket’s favourite fairytale, the captain Dave Houghton made very touching remarks in a globally circulated documentary produced to mark our arrival at the pinnacle of this game.

Zimbabwe’s revered skipper and talismanic batsman charmed the cricketing world with his comments, saying that while the game in his homeland was in very good health at that time, it was never going to grow beyond that if it remained a preserve of a tiny racial community of the country.

“We might be able to maintain a level, but we are never going to be able to grow if we do not tap into the majority population of the country,” said Houghton in the documentary.

Houghton was 34 at that time, three decades ago, Zimbabwe’s history-making first Test captain, a white guy, demonstrating genuine concern for the future of the game in his country if racial integration did not take place soon.

At that time, Houghton – as both player and captain – had never played in the same Zimbabwe team with a black fellow countryman, until a young fast bowler called Henry Olonga came into the side on 31 January 1995 in the first

Test against Pakistan in Harare.

Until then, the only players of colour that Houghton’s generation had shared a Zimbabwe dressing room with had been Ali Shah and Ujesh Ranchod, who came from the country’s Asian community, a small closely-knit group of people deeply passionate about their cricket in those days.

But Houghton’s foresight went beyond that and he realised, as he remarked in that video, that two ethnic minorities of the country could not build a sustainable future for the game in Zimbabwe in the long run.

So in the 1980s, as the country’s captain, Houghton ventured into the Harare township of Highfield, a convenient catchment area, to coach and inspire a generation of black cricketers.

In doing so, he knew there was talent in the black community, real talent. He had seen it, and respected it. Houghton had played at Old Hararians sometimes in the 1980s with one Zed Rusike and he knew, surely, that he could not be the only one among black cricketers in this country to be gifted with such a good cricketing brain.

People like Zed, though, with their comfortable upper-middle-class upbringing, had another life outside sport, the reason he would many years later excel as a business executive in the corporate world.

Houghton, nonetheless, knew well of other black people globally who had amazing ability as cricketers, like the legendary David “Syd” Lawrence, the first British-born black player to play for England.

And in a picture I have kept for many years, because it features some of my earliest cricketing heroes, the great Syd is seen in the group photo alongside Zimbabwe captain Houghton and others at Harare Sports Club in 1989 on Young England’s tour here as this country continued to make quite a strong case for Test status.

In front of the captains, coaches and officials of the two sides is a full team of 11 smartly dressed young black boys. They were the Under-12 team of Chengu Primary School from Highfield, one of the schools in that area which, in later years, has produced several Zimbabwe international cricketers.

I instantly recognise Patrick Gada, Kenneth Mapuma and Kudzayi Nyachuru in the old photo. Then a coach by the name of Karikoga Motsi, an ex-player. The rest I regretfully cannot recall their names.

Unlike future alumni of Chengu, none of the boys in this old image – who are scattered all over the world now – were lucky to play international cricket for Zimbabwe.

I feel a couple certainly were gifted enough in later years to withstand the stiff competition that existed back then, and gain a few Zimbabwe caps. One in particular, I hope I am not being biased, is my good friend Gada. What I can say beyond a shadow of doubt is that Pats, had he played with this crop we have today, would so easily walk straight into the current Zimbabwe side and be amongst its best players.

In the picture, you can see Gada standing in front on the far left, holding a bat. He had been awarded the mini-bat as Chengu’s skipper and best batsman by the English tourists’ captain Michael Atherton, later to lead the full England side in a record 54 Test matches.

A man who has cricket running through his veins, I remember the very good conversations and experiences I shared with Pats for many days when he briefly returned to Zimbabwe around 2006 and 2007, hoping to bring home what he had learnt overseas.

He made his apartment in central Harare a meeting place for quite a few of us keen on the game.

Still a fitness freak at the age of 44, you feel this fellow can just leave his Nottingham base in England and knock hard on the doors of Zimbabwe’s selectors, and they will gladly open.

Also in the picture I’ve shared are the legendary administrators of the then Zimbabwe Cricket Union, the very hardworking board president Alwyn Pichanick, his deputy Dave Ellman-Brown as well as the ZCU development guru David Levy.  Both Pichanick and Ellman-Brown are late, dying in retirement in 2017 and 2021 respectively as honorary life-presidents of Zimbabwe Cricket (ZC).

As for Syd, the 58-year-old former England fast bowler was this April unveiled as president of his beloved Gloucestershire county, the first black person to hold such a position at the top end of the English cricket system. He is fourth from right in the back row, in the Harare Sports Club picture, with teammates Derek Pringle (in glasses) and captain Atherton next to him.

The Chengu boys’ local role model, Captain Fantastic Houghton, or King David to his legion of fans, stands second from right in the picture in the back row.

Far too many legends in this image!

Check out the development coach Lazarus Zizhou, with the distinctive Afro hairstyle, extreme right and next to skipper Houghton.

Zizhou was a township cricketer of the late 70s up to middle 80s, and most prominent black players and coaches passed through this unsung hero’s hands: Mangongo, Chawaguta, Makunura, Mutendera, Taibu – you name them.

Riding their “black-horse bicycles” courtesy of the ZCU, the mobile development coaches introduced the game in the High-Glen areas to hundreds of excited young boys, many of the young lads later to achieve the kind of prominence that their mentors never came close to.

After many years of being shuffled around the structures of ZC, today Zizhou, another helluva guy, leads a modest life between his native Masvingo and Harare.

Like all men of integrity, however – Mudhara Zizh as we call him – has been gracious enough to move on with his life and not make any demands because after all, to him what he did for the game was never about him, but others.

But all that priceless knowledge, the institutional richness, just being wasted away?

No! You cannot, if you have any sense of belonging to this game in Zimbabwe, just let slide such treatment of our heroes.

Just ask Houghton, arguably the country’s greatest batsman of all time, standing next there to Zizh in that 1989 picture. Ask what he thinks of the man, who unlike him never had the wonderful privilege of representing our beautiful country.

Davie will tell you that Zizh was as good a talent scout as they come, an absolute giant of cricket development in Zimbabwe who deserves a special place in the history books.

It is the rough diamonds that were polished by the likes of Zizhou in the high-density suburbs of Harare, which gave Houghton the boldness to stand in front of international TV cameras and declare that cricket in this country had a future only if the game was taken to the people.

Following the demotion of Indian Lalchand Rajput this week by ZC, Houghton returns as Zimbabwe’s head coach for a second tenure, this time in charge of a largely indigenously-composed side that has long stopped caring about the difference between losing and winning. So long as the greenbacks hit the bank account at the end of the month!

Houghton’s task is therefore great, at the training ground and in the mind of the players.

Going by what he saw more than three decades ago though, and what he commented about in 1993, you would think that no man has better institutional familiarity and knowhow to turn things around.