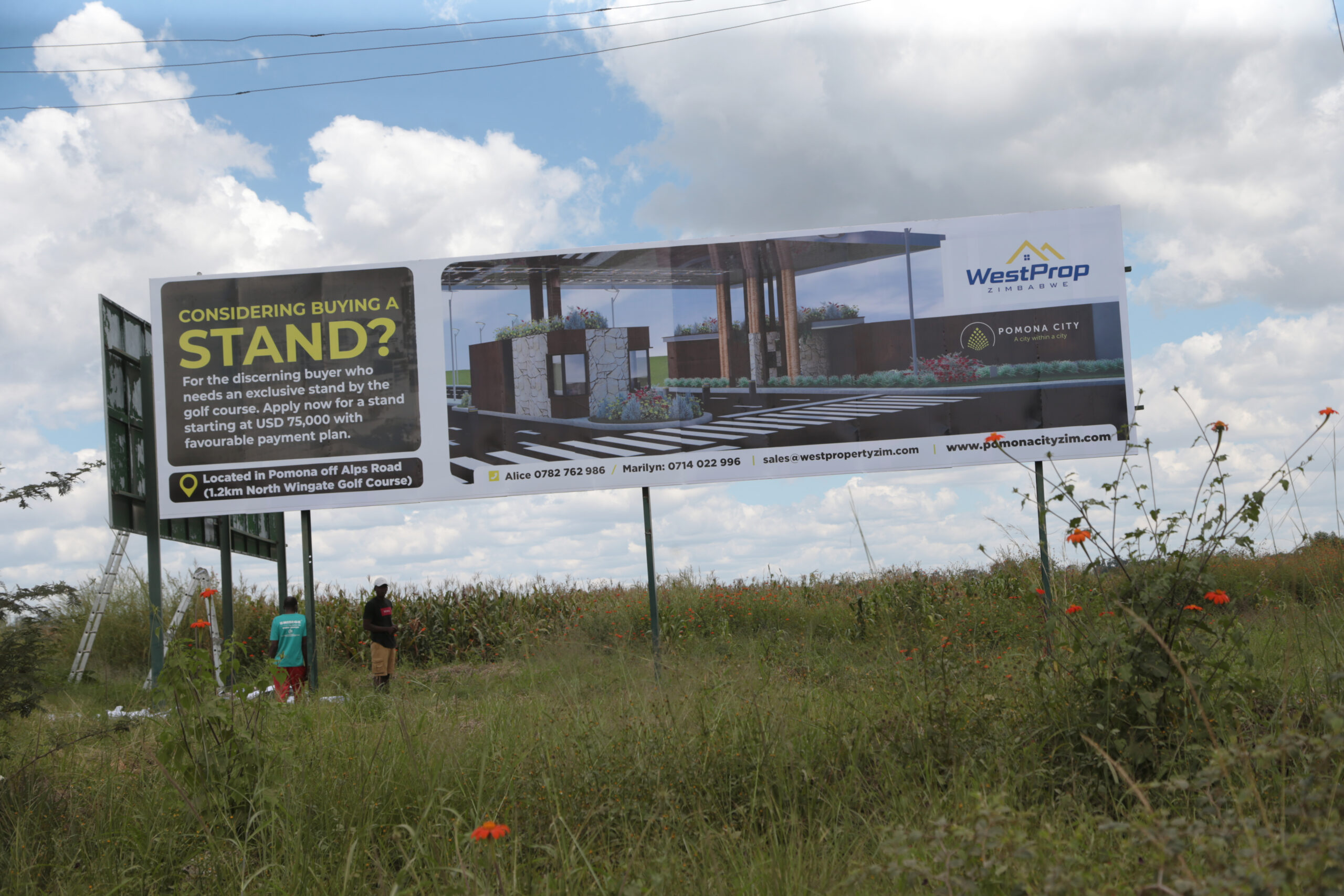 The company has filed a response to the application by opposition MDC MP Norman Markham, Tavonga Savings Scheme and Jacob Pikicha who recently pressured Mnangagwa to explain a secret land deal with Sharpe.

The deal involved 273 hectares of prime land in Harare’s Pomona suburb, worth US$205 million.
The High Court was told the land was allegedly undervalued to US$20 million.

Markham demanded that the deal between the City of Harare and Sharpe be reversed so that the land benefits the homeless.

It is alleged the deal was forced through by Moyo.

Augur Investments was cited as the first respondent while Sharpe was cited as the second respondent in the application while other respondents, from third to ninth, included Tatiana Aleshina, Michael John Van Blerk, City of Harare, Local Government minister, Doorex Properties Private Limited, the Registrar of Deeds and Mnangagwa.

Through Aleshina, Augur Investments filed its response at the High Court, complaining that there was no need for the complainants to include them as individuals in company-related matters.

“I further depose to this affidavit on behalf of Augur Investments whom I have been associated with by the applicants,” said Aleshina in her founding affidavit.

“It is not clear and readily apparent what the cause of action against myself, Sharpe and Blerk have been cited in this matter. This is so more particularly in that Sharpe is merely described as a serious land baron who owns extensive land in Zimbabwe through the medium of Augur Investments. It is not competent for a person to own land through the medium of a company.

“The company owns land in its own name as a separate legal entity. There is no valid legal basis shown why Sharpe is being cited in an action against Augur which is a company and a separate legal persona. On my own part, I am simply said to be ‘a shareholder in the first respondent as well as in the satellite operations of the second respondent’.”

Aleshina said it is bad at law to cite an individual in an action against a company merely because they are a shareholder in the company.

“Even assuming a cause of action had been shown against me, it would be still incompetent to cite me in a supposed action against Sharpe merely by virtue of my association with him. I am a separate legal persona from him,” she said.

Aleshina said the citation of Blerk is even more ridiculous and thoughtless.

“He is cited merely because he is said to be an employee of Sharpe, a natural person and again a separate legal persona. In the circumstances my citation as well as that of Sharpe and Blerk being improper and bad at law, the application as against us ought to be struck off with costs on an attorney and client scale on that basis alone,” said Aleshina.

Court papers filed on 10 March show that a secret deed of settlement was executed on 28 May 2019 at the behest of Moyo who also claimed he had Mnangagwa’s authority.

The court was told that Herbert Gomba, the then mayor of Harare, signed for the local authority.
The deal gave Sharpe’s Augur Investments dubious and illegal immunity from litigation over disputed vast tracts of land he acquired through the Airport Road construction project which was however not completed.

Court papers showed there is no evidence to suggest that Sharpe paid for the land he was given by Harare.

It is alleged that when the local authority was trying to regain the land through the courts, Moyo, representing himself and Mnangagwa, signed a secret deal offering Augur and its associated companies, directors, and representatives immunity from past, present and future litigation over the land by the government, council or any third parties.

The applicants argue that the deed of settlement is not only illegal but a clear case of theft of prime council land.

In this regard they applied for an order “setting aside the transfer of the property covered in the Deed of Settlement to the 7th respondent (Doorex Properties) being a certain 273,2 hectares of land called Stand 654 Pomona Township.”

The applicants also want the original agreement between the City of Harare and Augur for the development of Airport Road declared null and void on the basis that besides the illegal signatures on the deed of settlement, the deal did not go through tender and did not comply with Zimbabwe’s investment laws.

In response to the application by the trio, Aleshina told the High Court that stand 654 Pomona Township, which is registered in the name of Doorex Properties, has since been subdivided into 1 120 individual stands.

She said several clients of Doorex Properties have bought stands from the subdivided property and will suffer serious financial prejudice if ownership of that land is interfered with by the relief sought in this matter.

“They clearly have an interest in the outcome of these proceedings yet they have not been cited,” she said.

In addition, Aleshina also argues that the suit in this matter has been brought against Augur Investments OU which is described as a company duly registered according to the laws of Ukraine and which is said to be trading and operating extensively in Zimbabwe, yet the factual position is that the company is not the firm said to be registered in Ukraine but a different entity altogether registered in Mauritius.

“The applicants have thus proceeded against a wrong party. The first respondent on whom the application was served was thus wrongly cited,” she submitted.

She said Markham has not demonstrated that he has a real and substantial interest in this matter as his founding affidavit does not show that the land is in his constituency.

“With regards to the second applicant, it is disputed that it is a common law universitas or that it is a member of the said Homeless People’s Federation.

Without proof of registration and a register of members, the number of members alluded to by second applicant is pure speculation and is a product of wild imagination,” she told court.

Aleshina said the third applicant, Pikicha, describes himself as an unemployed housing land activist who is homeless or a squatter.

“He is both landless and jobless. His prospects of buying land in an area like Borrowdale are virtually nil. He has no real and substantial interest in the present litigation,” reads Aleshina’s affidavit.

She also told the court that rules require that leave of the court be obtained before any civil suit can be instituted against the President, but such leave was neither sought nor obtained by the applicants despite their decision to enjoin Mnangagwa.

She also denied being Ukrainian but Russian and denied allegations that Sharpe is a fugitive.
“There are no pending criminal proceedings against him to substantiate this libelous false accusation. There is no court order calling for his incarceration. The law enforcement agents in this country are not even looking for him.”

Aleshina prayed for a judgment in their favour and for the application by Markhan to be dismissed with costs. – STAFF WRITER