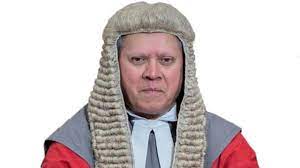 CONSTITUTIONAL Court (ConCourt) judge Justice Bharat Patel has become the first beneficiary of the controversial judgement he wrote last year allowing the extension of judges’ tenure by five years after reaching the retirement age then pegged at 70.

The controversial judgement legitimised President Emmerson Mnangagwa’s extension of his close allay Chief Justice Luke Malaba’s term by five years, after he turned 70 on 15 May 2021.

High Court Justices Happias Zhou, Edith Mushore and Jester Charewa had in May ruled that Malaba ceased to be chief justice when he turned 70, despite Mnangagwa extending his term following an amendment of the constitution to allow for the extension.

Mnangagwa was eager for Malaba to stay as the head of the judiciary to pivot his 2023 election bid.

The High Court judges however ruled that incumbent justices could not benefit from the amendment of the constitution. The ruling was made following an application by the Zimbabwe Human Rights NGO Forum and Young Lawyers Association of Zimbabwe in which they cited Supreme Court and Constitutional Court judges, given that they also stood to potentially benefit from the amendment, like in the case of Patel.

Patel was one of the judges who upheld a challenge by Zanu PF activist Marx Mupungu who had approached the ConCourt seeking the setting aside of the declaratory order handed down by the High Court.

A brief judgement of the Constitutional Court read by Justices Rita Makarau and  Patel said the High Court judgement had no effect unless confirmed by the top court – ending arguments over whether Malaba was in contempt when he continued reporting for work.

Mapungu had sought an order varying or not confirming an order of constitutional invalidity handed down by the High Court which was upheld by Patel and his colleagues.

ConCourt judges, including Deputy Chief Justice Elizabeth Gwaunza, as well as Rita Makarau and Patel, who delivered judgement on behalf of the entire bench, heard the case despite a conflict of interest on their part, as they stand to benefit from the ruling.

The case put the judges in the dock for nemo judex in causa sua: no one should be a judge in his or her own cause thereby compromising judicial integrity and public confidence.

Nemo judex in causa sua is widely considered a pre-requisite to an independent and reliable judicial system. This principle is meant not merely to prevent a potential wrong-doer from condoning his or her errors by judging the validity of their actions, but also, and more importantly, to preserve public confidence in the sanctity and independence of the judiciary.

The principle of natural justice encompasses two important principles: nemo judex in causa sua (no one should be a judge in his or her own cause) and audi alteram partem — hear the other party or the rule of fair hearing; that no one should be condemned unheard.

These are buttressed by the notion that justice should not only be done, but must manifestly and undoubtedly be seen to be done.

Justice Patel turned 70 on 16 April, prompting President Mnangagwa to extend his term by five years, like he did for Chief Justice Luke Malaba last year.

The confirmation of his term extension was gazetted on 14 April.

“It is hereby notified that His Excellency, the President, has on the recommendation of the Judicial Service Commission, and acting in terms of section 186(2)(a) of the Constitution of Zimbabwe, extended the appointment of Hon. Mr. Justice Bharat Patel as judge of the Constitutional Court of Zimbabwe for a period of five years with effect from 16th April,” read General Notice 867A of 2022 by Chief Justice Malaba, gazetted on 14 April 2022.

A lawyer yesterday told The NewsHawks that the ruling had put Patel and other judges in an awkward situation moreso for Patel who in March heard a challenge of the term extension amendments.

“It gets worse. So, on the 16th of March, the ConCourt heard a challenge to the term extension amendments. Judgment was reserved. Patel sat in that matter. Before judgment, he has now availed himself of the benefits of the amendment. What is his judgment going to be?” asked the lawyer.