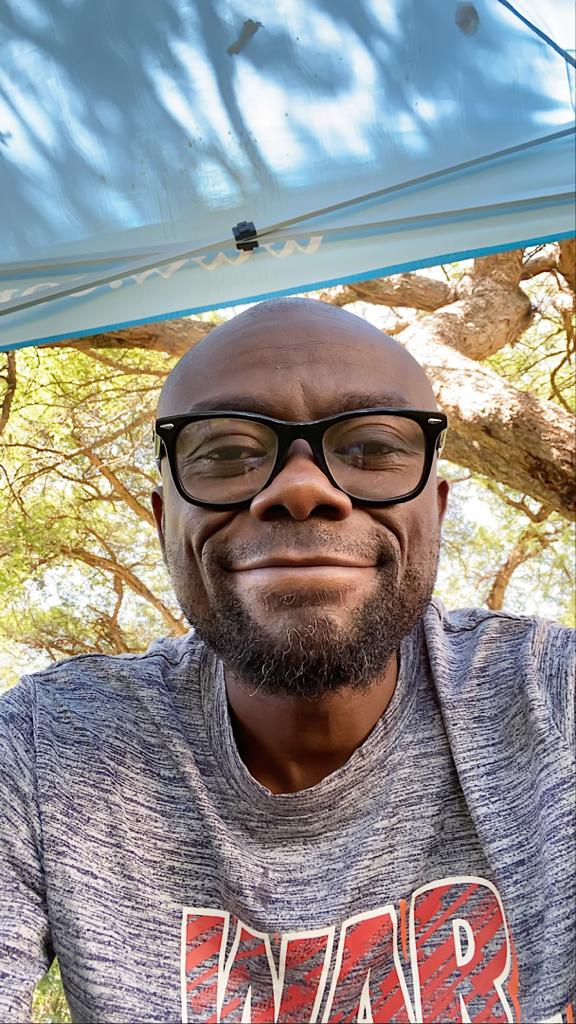 CREATIVE juices flow through the veins of Eb Ayisa (pictured), undoubtedly one of the foremost figures of the advertising industry in Zimbabwe today.

The responsibility of creating awareness for some of a country’s largest companies – and satisfying their needs – is by no means an easy task.

Normally these firms have set the bar high for themselves, so by nature they are highly-demanding clients. Anything less than the standards they envisage is viewed with contempt.

These are household names in business in Zimbabwe, giant corporates whose reputable brands Ayisa and his merry bend of studio staff were entrusted with.

And for 13 years until his departure in 2018, Ayisa made and indelible mark on the 63-year-old firm, rising to become one of the most sought-after advertising practitioners in Zimbabwe.

Born in his native Ghana and raised in Zimbabwe, Ayisa says he couldn’t escape the calling of the advertising industry.

“I always had a passion for creativity since I was at school, so the transition was smooth, I basically walked into it,” says the 44-year-old resident of Harare.

“I’ve always had an artistic mind.”

Although he has since left, Ayisa feels eternally indebted to Barkers Ogilvy, where he learnt a lot about the intricacies of the trade.

“I’ve been with Ogilvy all my life,” Ayisa, who had previously held other posts with Barkers Ogilvy and other agencies, says.

“We had big clients, and Barkers is like my home. They taught me everything, and I gave back all I had. The best thing is you work with people who are well-vested in their different areas. Some people I worked with there had been creative directors who had left other agencies to join Barkers. So, there was a lot of experience and talent in the studio. Clients were very happy. We did Coca-Cola campaigns in Zimbabwe, Zambia and Malawi. It was quite big. I think the main thing at Barkers was putting together a good team. And with a very good team, we managed to become the biggest agency in the country. We got the opportunity to work with big brands.”

A mutually respectful relationship between an advertising firm and the people they provide service jogs more creative thinking, something that allowed Ayisa’s team to create exciting concepts for its clients.

The hugely popular Castle Lager Braai Festival, run by Delta, is one such initiative that Ayisa points out.

“The Delta braai concept was our idea,” he says. “The second edition was very good because we learnt from mistakes we made in the first one. We try to push brands, because the brand is very important. I learnt a lot and I was inspired by quite a few people. Maxen Karombo, who was the marketing director at Delta, was a very important figure to me, a mentor. Then someone like Alex Chishiri, who is now the CEO at Barkers. He’s like my big brother.”

After 13 years of distinguished service to the biggest name in the advertising industry in Zimbabwe, Ayisa took a leap faith following an exciting opportunity that had arose at Hammer & Tongues Africa Holdings.

Originally an auctioneering company, Hammer & Tongues has diversified to include auctioning, real estate, finance, online shopping, amongst other business interests.

As an organisation grows – employing hundreds of people nationwide as well as getting widespread public attention within the country and beyond – a brand becomes one of the company’s greatest assets.

And to manage that brand efficiently, you require the finest in the industry to drive the campaign.

Hammer & Tongues knew that, and they had to find of way of enticing Ayisa to join them, an offer that was accepted without any hesitation.

“There comes a point when your talent is needed elsewhere (…laughs),” remarks Ayisa about his switch from Barkers Ogilvy in 2018. “It was very hard to leave a place like Barkers. But at the end of the day you have other things to accomplish.”

At Hammer & Tongues, Ayisa is the CEO of a fledgling internal agency called The Residence, which carries out advertising and marketing for all the group’s divisions.

From being in the thick-of-things, supervising creative minds in the studio, Ayisa now finds himself in a slightly different role – a more senior executive position.

For Ayisa though, the changeover doesn’t at all limit his efficiency or creativity.

“I’m one person who likes to get my hands dirty,” he comments. “Titles don’t really matter to me. People know who is who and what they can do. The most important thing is to get things done.”

After helping build big brands for 13 years, Ayisa is now working with a much smaller agency, surrounded though by a no less gifted bunch of creative young people.

Ayisa first came to Zimbabwe as a as a young boy alongside his three siblings together with his mother to join their father, who was working in the country.

He attended the famous Prince Edward Boys High School in Harare, a place that created lasting memories for the Accra-born 44-year-old.

A decent tennis and table tennis player, he represented Zimbabwe at schoolboy level in both sports.

Ayisa’s parents have since moved back home to Ghana. But Eb, one of their four children, doesn’t have immediate plans to leave a country that made him the man he is, despite the many great challenges facing the troubled Southern African nation.

“Look, I came to Zimbabwe when I was young, I went to school here, Zim is like my second home,” states Ayisa.

“My life is here, my friends are here. I grew up into the system. I became more Zimbabwean than Ghanaian. This is where I came, married, and had kids.”

Ayisa’s desire to stay on in Zimbabwe is despite knowledge that his fatherland’s economy has continued to expand, with real GDP growth estimated at 7.1% last year.

“Zimbabwe has so much potential,” says Ayisa. “I want to be part of something big. Eventually I would like to go back to Ghana, retire, and die there (…laughs). Ghana is booming right now. I went there in February to see my mum and dad. It will be nice to go home one day. But I still have quite a lot to do here. I haven’t reached my pinnacle in this country. Now I have this Residence challenge. I want to say I came and managed to change something. That’s what I’m working on now.”

A Liverpool supporter and keen rugby fan, Ayisa – who studied Advertising and Design in Harare – is a married father of two who enjoys quality time with his family as well as a beer and a good laugh.-Staff Writer