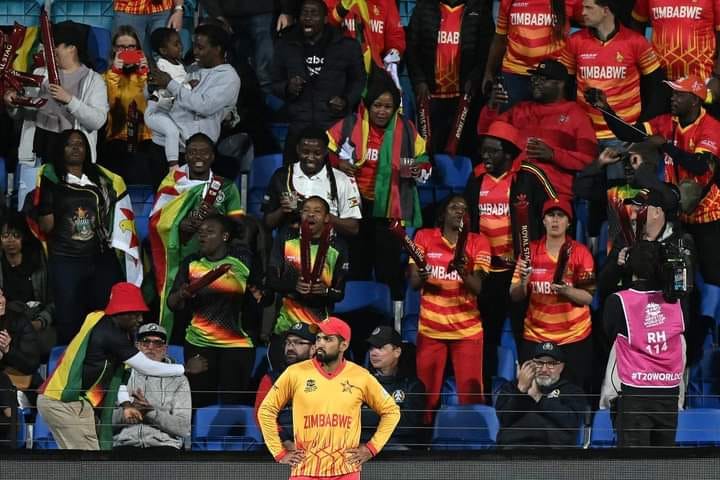 FIVE months ago, if you had spoken about the World Cup to any sports fan in this country, it would have meant Zimbabwe qualifying for the rugby showcase, instead of long-time rivals Namibia.

Our cricket had hit rock bottom, such that the phrase “rock bottom” itself had, for lack of a better word, become a cliché.

Meanwhile, as we were declining to alarming levels Namibia, better known for their rugby, were rapidly rising in cricket, threatening to take the place of Zimbabwe, who two years back had been under an International Cricket Council (ICC) suspension.

The Namibians had a memorable performance at the previous T20 World Cup last year, where they reached the Super 12 stage to automatically qualify for this ongoing tournament in Australia.

Buoyed by that fairy-tale run, Namibia last May defeated Zimbabwe in Bulawayo in a T20 contest, their first series win over a full member of the ICC.

Zimbabwean cricket was well and truly in a shambles.

On the one hand, our rugby had gotten the entire nation excited and optimistic.

The national side, the Sables, appeared poised to take us back to the World Cup, for the first time since 1991.

The administration seemed not to be doing anything wrong. They were giving the players the game time before the qualifiers, and the coaching staff were receiving all the support they need. Integrity builds trust, so with the transparency and professionalism we saw being displayed, the corporate world offered their support.

The right kind of players answered the call for national duty, and the head coach told us during a moving speech at an event last year that Zimbabwe would not only qualify. The Sables, he said, would be a “team that would be threatening other teams” at the World Cup in France next year.

On the surface, everything looked okey-dokey for Zimrugby. We did not scratch that surface to find out what really lay underneath, some of us for the simple reason of looking at the bigger picture and choosing to be positive. Naively so, in retrospect, and a lot of us ought to accept complicity in the ensuing failure to qualify for a World Cup we all longed for.

So, again, it was Namibia qualifying for the Rugby World Cup from Africa.

And after their cricket team came and humiliated us in Skies five months ago, no way Zimbabwe was going to the World Cup.

The last five months have been magical for Zimbabwe though and I mean no disrespect because it has been a team effort, but for this resurgence a great amount of credit goes to the sharp cricketing brain of coach Dave Houghton and the unbelievable heroics of talisman Sikandar Raza, without question one of the best players in the world today.

So Zimbabwe are through to the Super Six in Australia, and Namibia have not been able to repeat their 2021 feat despite starting with a shock win over Sri Lanka.

But, for now, let’s not steal the Chevrons’ thunder.