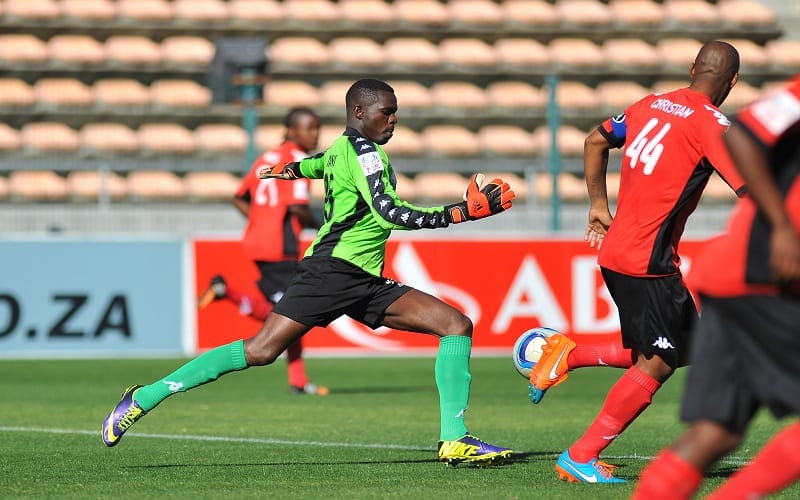 They say age is just a number, and Tapuwa Kapini will most likely agree with that old adage, given his longevity as a footballer.

But while you have to truly admire the former Zimbabwe international goalkeeper for a protracted career and his desire to keep going when many peers of his have long hung their boots, Kapini has been a subject of much curiosity over his age—something that does not seem to go away each time the eccentric goalie is thrust into the limelight.

The curiosity was once again aroused within Zimbabwean sports press corps circles when the veteran goalkeeper was recently offloaded by South African top-flight club Highlands Park, only to be signed within a week by a new National First Division side, Sekhukhume United.

Sekhukhume United is a tier-two club in the South African professional football system. But defying time and staying at this kind of level for two decades or so, as Kapini has done, is the envy of many professional sportsmen across the globe.

Official registers record that one of Zimbabwe’s finest shot-stoppers of his era is 36 years old, having celebrated his latest birthday two months ago on July 17.

Because this is what the records state, and what the player himself avows, it means that everybody—including journalists who have a duty to religiously and impartially check facts—must treat Kapini as a 36-year-old.

The inquisitiveness, though, comes when one (read a journalist) tries to tie up some loose ends to simplify how things are what they are, perhaps this out of some kind of obligation to those that ought to know certain things about their favourite sports stars.

I’m a personally a big fan of Kapini. To me, he possesses – or possessed at his peak – all the attributes of a quality goalkeeper: agility, reflexes, positioning, leadership, courage, concentration. You can add some charisma, too, and the personality traits of goalkeepers do tend to set them apart from others.

If you were to ask me who my favourite Zimbabwean goalkeeper of all time is, Tapuwa Kapini will have a big say in that debate.

As a fan of him, I feel a bit disappointed that Kapini has not achieved in his career anything remotely close to what a glove-man of his calibre deserves, in terms of silverware.

The other disappointment is that at the age of 36, as is said, there has not been any special recognition for Kapini, who first came to the fore in Zimbabwean top-flight football somewhere around the mid-90s when he was around 13 or 14 years old—at local Premiership club Black Aces.

It could literally be some kind of “world record”, would it not be?