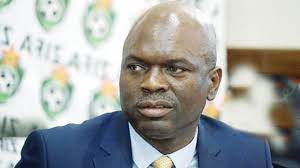 THE country’s sports regulatory body has dug in its heels on the suspension of the Zimbabwe Football Association (Zifa) by setting up a restructuring committee on Friday morning to “implement reforms” in the game, a drastic step that could signify the end of the expelled officials.

Zifa’s suspended board has been fighting its ban by the Sports and Recreation Commission (SRC) on all fronts, including a local court appeal and several petitions to world football governing body Fifa to intervene.

The SRC’s legal team has dismissed the appeal before the Administration Court as “dead in the water.” Meanwhile, Fifa, which outlaws interference in the running of any of its member associations, has remained conspicuously silent over the matter amid reports that the global ruling body has been confidentially engaging the SRC over the impasse in Zimbabwe with progress being registered.

With three weeks left before the Africa Cup of Nations begins in Cameroon kick off, and uncertainty hanging over Zimbabwe’s participation amidst the on-going saga in the country, the SRC has put the Zifa secretariat in charge of preparations for that tournament as well as other day-to-day affairs of the association.

This week, the SRC announced it will bankroll the Warriors’ Afcon campaign with a budget of US$800 000 and ZWL21 000 000. The Confederation of African Football (Caf) was set to release over half-a-million dollars to Zimbabwe, disbursed to qualified teams, but with the Zifa board currently suspended, this allocation may not be released timely. Meanwhile, the restructuring committee is headlined by veteran sports administrator and ex-journalist Tommy Sithole.

“Roles of the restructuring committee shall be to review, recommend and implement reforms in the administration of football in Zimbabwe,” said the SRC in a statement.

“Control of Zifa operations shall remain under the control of its secretariat.”

It the statement, the SRC has effectively slammed the door shut on Felton Kamambo’s sacked board, saying that the restructuring committee has the mandate to “undertake a comprehensive rebranding exercise, involving all stakeholders in the game by a newly-elected Zifa board.”

The committee will oversee sweeping reforms in Zimbabwean football across the board – from the boardroom, the national teams, down to the grassroots structures of the game in the country.