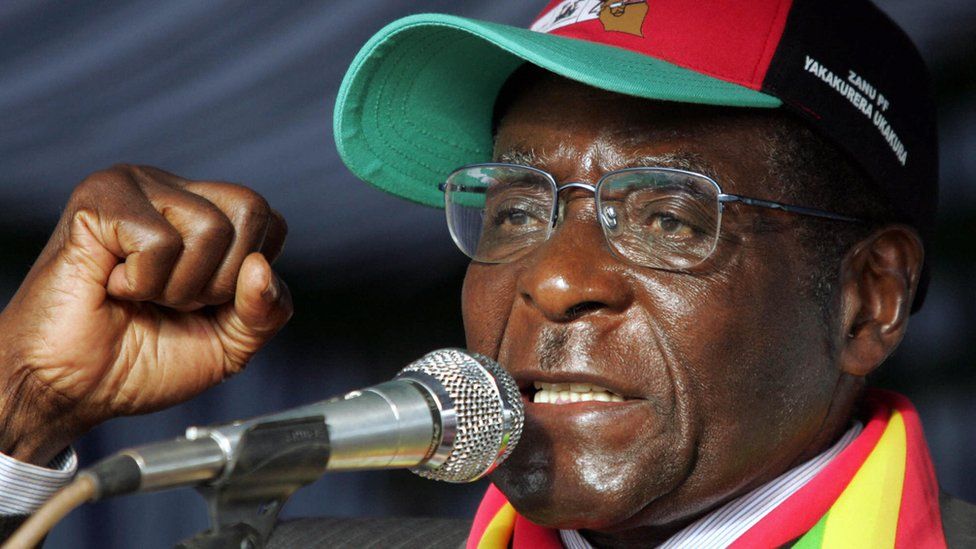 NATIONALIST politics are exhausted but not out of the way worldwide. They are everywhere degenerating to chauvinism and other detestable forms of racism, nativism, xenophobia, sexism and walled states.

The sider-outsider binary has been accentuated by increased human movement and accelerated human entanglements. Populists, nativists and imperialists and indeed neo-colonialists, have not hesitated to fish in these troubled waters and in the process abet the conflicts and wars.

In most cases, national sovereignty has been captured by ethnic, regional, partisan and even clannish elites who continue to invite the poor peasants and workers to annual celebrations of non-existent independence and hijacked people’s sovereignty.  The very coupling of “nation” to “state” into “nation-state” has proven to be a toxic marriage.

Some nations/people had to be killed in the name of saving the nation-states. States as institutions have been captured by particular ethnic and partisan elites.

In other instances, a man and his wife (calling themselves the first family) would end up at the apex of the state pretending to be symbolising the nation-state, turning it into a family affair and arrogating to themselves honorifics of being a mother and a father of the nation who are beyond reproach.

Those who claim to have fought for the liberation of Africans continued to make themselves the first citizens and push all other into subjects. By claiming the right of having died for others, they have attained also extended that to claim power to rule over others for ever.

Governance is reduced to rulership and a straightjacket only fitting those with the so-called liberation war credentials.  By claiming the right of having died for others, they have escalated that to the level of legitimate corruption of accessing national resources and even to loot the national coffers for our own personal benefits.

It is not surprising that in another country in Africa, a young man was quoted as saying “when will this in[1]dependence come to an end?” In desperation, he thought it was independence itself that was the problem.

In Zimbabwe, where the ideology of Chimurenga has been privatised and where the nation has been conquered by a Chimurenga aristocracy, some among the youth who are totally excluded from resources and power have to openly challenge this cabal to return the country to where they brought it, so that they can also liberate and perhaps also benefit as war veterans with liberation credentials!

All this speak to an abused noble liberatory legacy, for which many sacrificed and many died.    All this is a sign of a failed liberation project in which popular anti-colonial nationalism was never translated successfully into post-colonial pan-ethnic horizontal comradeship.

Rather tribalism, regionalism, sexism and patriarchy, which were covered under the garb of national[1]ism, returned in its most detestable forms. State-making was confused with party-and-leader power consolidation.

Conquest of power and its retention by all means pervaded the body politic. Attainment of political power which was supposed to be a means to an end became an end in itself called “kutonga”.

Nation-building was reduced to a change of name, hoisting of a flag, composing a national an[1]them, and changing names of buildings and roads.  Those in charge of the state of[1]fended the nation when they elevated their ethnic and clannish ancestors into national ancestors and commissioned statues for them as national symbols.

Both the living nation and the departed ancestors became open to abuse for hegemonic purposes. Nation-building does not mean that. It entails strategic and careful se[1]lection of what would constitute national symbols considering the diversity and complexity of the nation itself for purposes of fostering national unity and national harmony.

In desperation, some compatriots who have been on the receiving end of the so-called independence, who have been subjected to genocides, ethnic cleansing, massacres, and in[1]deed been exposed to marginality and even being written out of the nation-states; are toying with politics of secession as an option and life-saver.

Can we blame them? Not at all, as long as all doors of enjoying citizen[1]ship and belonging remain closed. However, there is a limit to the se[1]cession option in that it is still about establishing another “nation-state” (whereby “nation” and “state” are forced into a marriage of convenience) and the invention of minorities might emerge in that envisioned outfit.

There is a sort of repetition without change in that nationalism remains the driving ideology,  un[1]less there is a clear strategy on how to transcend the majority-minority problem. However, the South Sudan example proves otherwise and the Dinka and Nur turned on each other soon after attainment of liberation.

Not only is nationalism exhausted but also liberalism. Since the end of the Cold War in 1989, liberal democracy has been sold to the post-Cold War world as a panacea to modern political and even economic problems.

It was within this context that Francis Fukuyama posited his Hegelian “end of history’’ thesis in which liberalism as an ideology had triumphed over all other ideologies.

It was the leading African intellectual Thandika Mkandawire who dropped the bombshell with his concept of “choiceless democracies” as a problem in Africa in which elections were hijacked and redeployed as mere rituals with predetermined outcomes favourable to the incumbents.

Is the return of military coups in Africa an attempt to circumvent “choiceless democracies” whereby elections are just rituals with predetermined outcomes? The No[1]vember 2017 military coup in Zimbabwe and others in Egypt, Algeria, Sudan and new ones in Guinea, Mali and other places have not yet proven to be a solution to the Africans problems of governance.

This takes us to the Leninist question of what is to be done? Is another politics possible? In the first place, what emerged and became known as the Arab Spring engulfing parts of Africa and the Middle East, were in a sense an attempt by the people in their various walks of life to recapture their stolen sovereignty by the states and its leaders who were no longer accountable and legitimate in the eyes of the people. Leaders who were in power for power’s sake and nothing more.

It is within this context that the idea of decoupling the “nation” from the “state” arises as part of a purposeful reconstitution of the political itself so as to implement a paradigm political shift from “state sovereignty” to the “sovereignty of the people.”

States as a regime come and go. But nations as the people remain. Currently, those who ascended to the state power make the state superior to the nation. It is within this con[1]text that the people find themselves being pressured to be patriotic to a blood-sucking securocratic state pre[1]sided over by a blood-sucking military junta.

If the marriage of the nation to the state and vice-versa is not toxic, the question of a nation whose patriotism is doubted to the extent of thinking of introducing a law to enforce it would not arise.

What is on the table is how to re-invest energies in the invention and construction of “citizen-states” whereby the citizens wield the power and determination of who leads them. How did the nation lose power to the state, without a clear social contract to ensure the state is acting on behalf of the nation? How did the state invade, colonise and dominate the nation?

Worse still, how did one political party invade, colonise, and dominate both the state and the nation?  These are pertinent questions of today and we have to put our heads together to advance a struggle for the decolonisation of constituted toxic politics so as to re-centre the citizens. These pertinent questions also arise from a context where over the years, citizens have been reduced to “voters” who are always threatened and killed if they make choices, which those who claim to have liberated them from colonialism and are currently in charge of the state did not prescribe.

Operation Gukurahundi and Operation Mavhoterapapi are clear reminders of how the nation as people was conquered by a particular political party and is continuing to be held hostage by an unholy alliance of a military-civil cabal presiding over a securocratic state.

The key difficulty is that this partisan securocratic state is highly invest[1]ed in continually reducing elections to a mere ritual with predictable out[1]comes.

This raises a difficult question as to whether elections are adequate to the task at hand. It would seem that without downplaying the role of elections as a means of delivering change, the aspiring opposition political formations have to rethink the nature of our politics itself and especially political values and political practices in the first instance. They must be an alternative, not a potential successor to the regime in power.

*About the writer: Sabelo J. Ndlovu-Gatsheni is professor and chair of epistemologies of the Global South with emphasis on Africa and vice-dean of research in the Africa Multiple Cluster of Excellence at the University of Bayreuth in Germany. The opinion expressed here is his own and that of a concerned Zimbabwean.

The rule of law is imperative