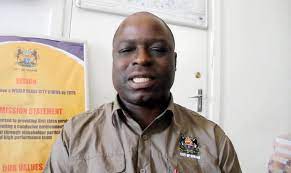 THE US$344 million Pomona waste management deal has divided opinion, with officials from across the political divide trading accusations and counter-accusations of corruption and plots to illegally milk millions of dollars from the already struggling local authority.

The deal involving Netherlands-based company Geogenix BV, has been widely criticised and blocked by Citizens’ Coalition for Change (CCC) councillors while the MDC-T city fathers together with the central government have thrown their weight fully behind it.

In the wake of the drama around the controversial deal described as murky by many opposed to it, The NewsHawks’ Reporter Mary Mundeya (MM) spoke to the former acting mayor, councillor Stewart Mutizwa (SM), on the deal and other issues at Town House.

MM: You are one of the longest-serving councillors at the City of Harare. What has enabled you to keep your post for so long?

SM: I have made sure that I do not become a slave to politics. I value my ideas and I’m not afraid to say what I believe in, whether it might seem wrong to other people.

MM: You have been in council since 2008. What challenge has the City of Harare failed to address and what do you attribute that failure to?

SM: One major problem that was and is still there is the relationship between council and government. Council is part of government and we should desist from pointing fingers at each other. Politics has played a huge role in promoting the drift and it’s high time we worked together as one people.

MM: The Harare City Council is in huge debt. The government, residents and businesses are failing to pay for services being rendered. What do you think should be done to improve the financial capacity of the local authority?

SM: We need to build confidence in our stakeholders who have witnessed a lot of infighting in council and, due to that, they see no reason to support us. As council we cannot expect residents whom we have told not to support the government to support us through paying their rates.

MM: Residents have attributed the issue of poor service delivery to corruption and infighting in council. How far true is this assertion?

SM: It’s true. We have had major corrupt tendencies as far as land distribution is concerned. More so, there is a lot of infighting and today you hear someone saying let’s do this, tomorrow someone else says let’s do the opposite of what was said. There is no way that we can fulfill our mandate when we are divided like that.

MM: There are allegations that you are being used by some elements in Zanu PF to advance certain agendas. What’s your response?

MM: You are being accused of not having followed due procedure, having been armtwisted by the minister of Local Government and having corruptly benefited from the Pomona waste management deal transaction. What’s your reaction to this?

SM: July Moyo is my minister directly and there is no way I will stop working with him and other responsible authorities. I don’t know which procedure I was supposed to follow because everything, including the paperwork, is there. I’m not the one who signed the deal on behalf of council. The matter was brought to a full council meeting and was agreed to. I have no power outside council.

MM: Council is in huge debt already. What was the rationale of you agreeing to a waste management deal that milks the local authority US$22 000 per day? Is council in a position to pay such a huge amount of money daily?

SM: As council we agreed to the waste management concept, not the finer details. By virtue of it being a national project, the process was taken over by central government so it is beyond council now, it is a national project. The figures you are speaking of were not approved by councillors, they were agreed to by council officials led by the Attorney-General and the office of the Chief Secretary.

MM: You have been advocating for the acceptance of the deal by the public. Do you think it makes sense to have them accept a waste management programme through which council is required to pay US$22 000 per day when you have been failing basic service delivery such as refuse collection?

SM: The ratepayers do not have to worry. They will not be in any way affected by this. Government has given us some safety nets involving the diversion of part of the devolution funds that we will receive to go towards the daily payment required at the Pomona dumpsite by Geogenix BV.

MM: How is the diversion of devolution funds meant for community development towards council’s daily payment to Geogenix BV not shortchanging ratepayers whose communities are supposed to benefit from such funds?

SM: Mind you this is a joint venture, at the end of the day we will share the energy generation spoils with Geogenix BV. For every kilowatt of energy that will be produced, we will have our own share as the council.