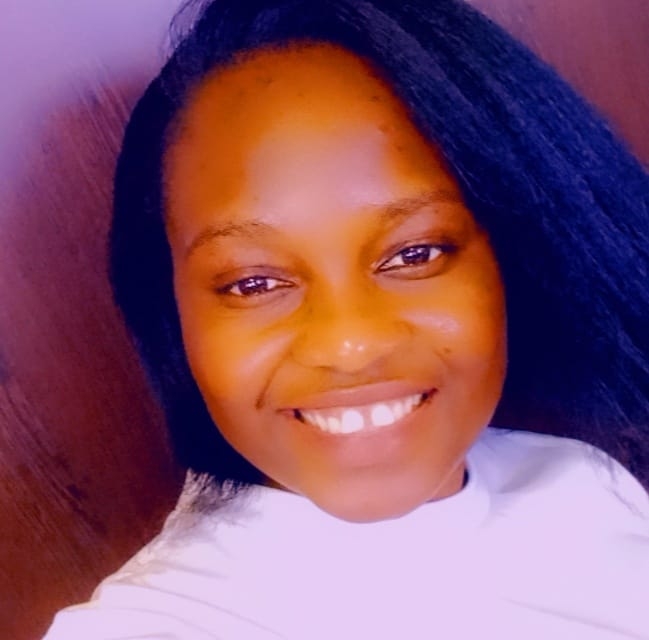 AS EVENTS that have triggered the dramatic suspension of the Zimbabwe Football Association (Zifa) board continue to emerge, the country’s sports supervisory body has written to the Prosecutor-General’s office requesting for the prosecution of a referees’ boss who allegedly made several sexual advances to a female referee since 2019.

Blessing Mpande (pictured) alleges that she was subjected to the harassment by a Zifa Referees Committee (ZRC) member, Obert Zhoya.

The 30-year-old from Bulawayo claims that she has evidence of persistent WhatsApp messages and recorded phone calls from Zhoya, who asked her to travel to Harare to “spend a night” with her at a hotel.

Mpande, who is married, first wrote to Zifa management in September 2020, but has chosen to come out publicly after her compliant wasn’t addressed to her satisfaction.

“I’m writing this letter to bring to your attention what a number of female referees in our country are going through and suffering silently for fear of victimisation,” she wrote in a 12 September 2020-dated letter seen exclusively by The NewsHawks.

“On the 4th of March 2020, I received a (sic) WhatsApp messages and followed up with a phone call on the 5th of March 2020 from the Zifa Referees Committee Secretary Mr Obert Zhoya. I want to let you know I was and I’m still not happy with the manner and tone used in the conversations. I was surprised to hear an unwelcome message of sexual advancement which left me offended, humiliated, intimidated and degraded especially as to what category of a woman he had placed me on.”

Mpande added that she felt “cornered” by Zhoya’s advances, given that he is her superior and an influential person in the appointments of match officials.

“This person is my superior and holds so much authority in as far as my refereeing career is concerned. For him making unwelcome sexual advances towards me and him being my superior who decides on my career as a referee I felt cornered. As a result, I recorded to conversation to create a safety net should this issue come out in the public domain as it has now. In the audio recording, he was asking me to come to Harare and spend a night with him at a Harare hotel (Jameson). I tried to brush it aside and he had the audacity to call and asked why I had not accepted his request. He insisted that I get the bus on Saturday and spend the night with him before he drops me off the following morning so that I board a bus back to Bulawayo. In his pursuit and advances, he was very relentless.”

“He stated that he was booked alone so as to make it clear it was a personal visit not a work visit. Him alluding to the fact that he was booked alone also, is an interpretation that he wanted us to meet in private without anyone knowing or seeing us. If it was work related, we would have met during the day, in a public place, there was no need to be sneaky about it. He even offered to send me transport money, which is not the normal way. Referees fund themselves for official workshops and meetings. I would like to put it on record that he had been making these unwelcome sexual advances since September 2019. To make these damning accusations without any evidence would have been an exercise in futility. The allegations I make herein are backed by evidence in the form of form call voice recordings.”

Mpande said she decided to report the advances in spite of her fear of victimisation since Zhoya was a “powerful” man within the game. The advances, she said, portrayed her as a “lady of the night”, and she suspects that several other female referees across the country have been subjected to similar approaches.

“I held on to the audios and messages because I was still pondering how I could report this given the fact that the whole structure is male-dominated and the stigma and consequences associated with exposing such a senior and powerful member of the committee, which would have led to victimisation by way of being frozen out of games, and or suspension or expulsion from refereeing, or being barred from all sporting activities. I then got the courage from the evidence I had and learning that I’m not the only one was subject to this harassment. I have been on the Zifa (referees) panel since 2019, I’m 30 years old. I expected to be treated with respect not like a lady of the night. I however request you to look into the matter and possibly address the issue and in the process protect me and my fellow female referees who are suffering silently.”

Zhoya declined to comment on the matter, referring us to the referees’ committee’s spokesman, Brighton Mudzamiri, who said: “matters like this, including this particular one you refer to, are before the Fifa ethics committee. We cannot comment on issues that are sub judice.”

Meanwhile, in a correspondent from Sports and Recreation Commission (SRC) acting Director-General Sebastian Garikai, addressed to Prosecutor-General Kumbarai Hodzi, the commission has requested the country’s prosecution authority to act.

“We have attached a recording of the allegations lodged with the Commission by the Complainant for your reference and attention,” wrote Garikai.

“The same information was shared with the Zifa Secretariat, but to this date, the matter doesn’t appear to have been resolved conclusively within the Association’s grievances structures. Concurrently, we also have received follow-up calls and emails from the Complainant. The Commission believes that these allegations, because of their seriousness, should have received priority which does not appear to have been the case.”

Failure to deal with sexual harassment allegations, as in the Mpande matter, is part of a litany of charges cited by the SRC in its decision to suspend the Zifa board this week. Other charges include misappropriation of funds, improper conduct and maladministration.

A spur for Sables amid brutal reality check

Another Compton in for the Zim experience