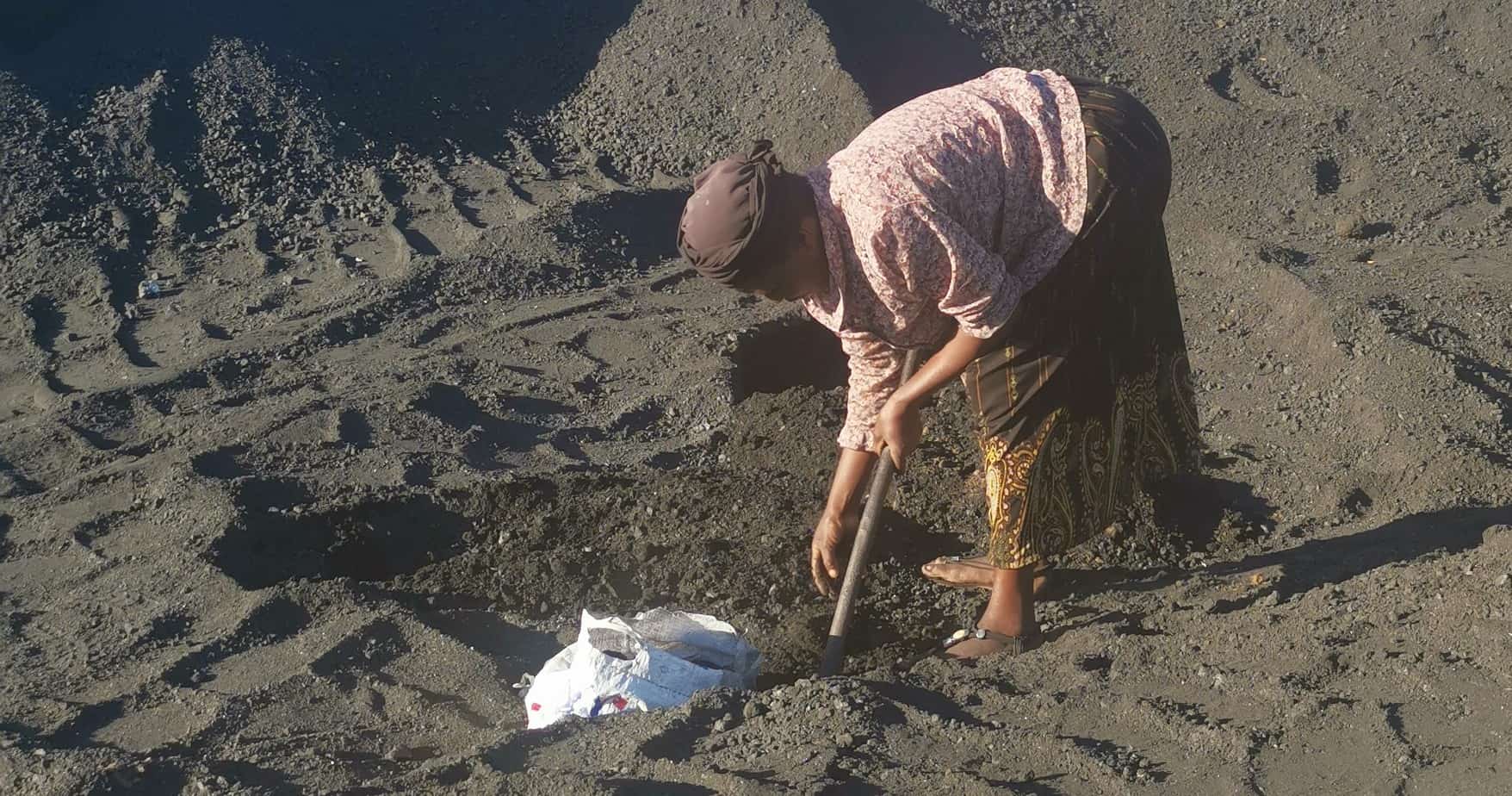 IN the scorching sun, Emma Ndlovu (67) and her nine-year-old granddaughter are armed with hoes and shovels as they make way to a dumpsite to scavenge for a precious by-product of coal, coke.

NOKUTHABA DLAMINI
The poverty-stricken widow says she has no option but to scrounge for the product in a life-threatening environment that has claimed the lives of many. This is her only means of survival.

Barely a fortnight ago, she watched helplessly as her neighbour Sekani Mathe (37) was literally swallowed by the ground while searching for coke on a dangerous dumpsite in the Madumabisa area of Hwange town.

The ground collapsed as Sekani dug, leaving her trapped by coal dust. She died on the spot.
Even though terrified by the tragic incident, Ndlovu cannot stop hunting for coke, because staying at home means dying of hunger.

“I come here everyday, but since the death of Sekani, police have been raiding us, but dodging them is the only choice that l have because I have no other means of survival,” Ndlovu said.

As she digs the dumpsite, her granddaughter’s task is to pick and separate the coke from the chaff and fill a 50-kilogramme sack. This quantity of coke fetches US$2 or ZW$240, which she says helps to sustain her family.

But filling the sack is a challenge, given her old age.

“It takes me about three days to make it full, that is why I bring my grandchild to help me whenever she comes back from school so that we are able to buy food and soap,” Ndlovu says.

“Her mother went to Angola and she says she is not working there and her father’s whereabouts are unknown. So for me to be able to pay her school fees, buy uniforms and books, l have to break my back here despite the risk of dying as well as the harsh weather conditions and police raids.”

Ndlovu is among the many women in Hwange who have resorted to trespassing into the Hwange Colliery Company Limited (HCCL) dumpsite in search of coke, which they resell to make ends meet.

The NewsHawks also caught up with Tabona Shoko, a 27-year-old mother of three, who says her desperation is being driven by her husband’s poor remuneration at a local company that he is working for.

To protect her husband’s identity, she refuses to name the company.

“I am diabetic and his salary cannot afford my monthly insulin injection. There are many women in a similar situation. This place has restored some hope in many of our households in the Madumabisa compound,” she says.

“The situation had been rough for us, but Covid-19 has made it even worse.

“My husband earns ZW$3 000 before deductions of tax and bank charges so with his salary we are able to pay our children’s school fees, then with mine, we buy food and pay rent.”

She says on a good day, before she was slowed down by birth delivery complications which resulted in her having a caesarean section four months ago, she used to make about US$4 per day from scavenging.

Women in the area say the product is in high demand in Bulawayo and Harare where the buyers hire haulage trucks to do door-to-door collections on a weekly basis while others have resorted to vending their consignments to truck drivers at the unregulated truck stop at Cinderella, on the Hwange-Victoria Falls highway.

For the buyers, the official price of metallurgical coke, for instance, ranges from US$160 to US$300 with 50-80 millimetre nuts fetching up to US$400 on the international market.

The nine women we found at the dumpsite took turns to narrate how they witnessed Mathe, a single mother of three who worked in Madumabisa compound as a cleaner, meet her death early this month after the ground gave in, trapping her under a mound of soil, ash and coal until an excavator was called in to retrieve her body.

“She was our best friend and losing her has shown us that life can take a twist,” one of them said.

“When she fell, she did not get any chance to scream for help and even her other friend who managed to escape with several injuries could not save her. A Hwange Colliery front-end loader was called in.”

Another victim, Simelweyinkosi Dube of house number A110B in Madumabisa, met her death in February last year and, according to the colliery’s then corporate affairs manager Rugare Dhobbie, she had trespassed into the company’s waste dump site with the intention of stealing coke while her counterpart sustained severe injuries. This was after the makeshift tunnel they were scavenging in collapsed.

Being swallowed by hot ash in the shifty dumpsite is not the only danger. Local residents Zulani Mudenda and Twaboni Nyoni cheated death but lived to tell a horrible story after they were shot and injured by armed police officers who accused them of stealing coke. Their case is yet to be heard in court.

The coal scavengers say they are aware of the deadly risks, but cannot stop.

“One of us could be next, but what do we do when our husbands are underpaid while others are single mothers and widows?” asks Shoko.

“It is not safe but the economic crisis has put us into this desperate situation.”

Whose interests is govt serving?