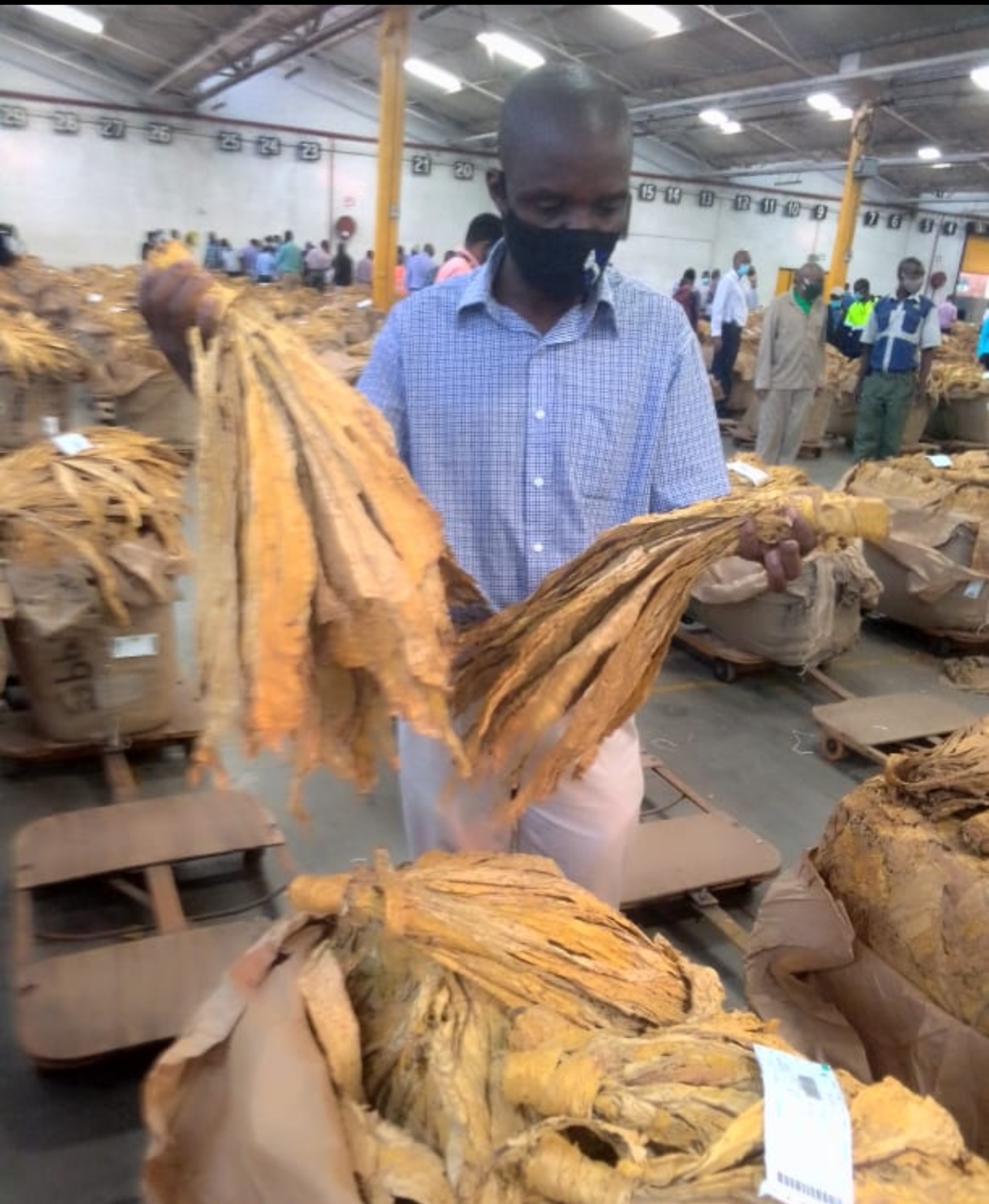 IT is 8am on a Tuesday and dozens of tobacco farmers are clutching small rags and thin blankets to keep themselves warm in the freezing winter cold at Tobacco Sales Floors (TSF) in Harare’s Willowvale industrial zone.

NYASHA CHINGONO
They have slept out in the cold at TSF for days, desperately waiting for payment, before another long journey back home.

Mothers with babies strapped on their backs or wrapped in blankets are anxious to keep the little ones protected, but the children often cry because of hunger.

Surviving on bread and tea, or sadza sold by enterprising vendors outside the auction floors, the farmers are toiling to receive payment after a long season toiling in the fields.

Their crestfallen faces are testimony to the growing desperation and anger as days pass without payment for their delivered tobacco crop.

Some farmers recounted sad experiences with local banks where they are given meagre daily amounts of money, from the 40% paid in local currency. Others narrated equally enraging encounters at the hands of unscrupulous merchants who took advantage of their desperation.

Felistas Vianova (63), from Hurungwe, has been waiting for payment for six days. Clad in a dirty winter coat, which has seen better days, Vainova longs to go back home after six torrid days at the auction floors.

Vianova was forced to sell her tobacco for US$1 per kilogramme and she is not happy.

She accuses the merchants of deliberately downgrading her produce to fetch lower prices. To add to her misery, payment has been delayed after her tobacco was withheld for days, for mixing different leaf sizes.

“I came with six bales and I could not get anything meaningful. I do not think I will be able to plant again next season. The money that I am waiting for will not be enough to take care of my children,” Vianova told The NewsHawks.

“When the floors opened, farmers were getting good money, but now that the produce has flooded the market, the buyers are now buying for a dollar while sometimes it can even go as low as US$0.80 per kilogramme,” she added.

“What is happening here is unfair to hardworking farmers. We have families to take care of and hardly get anything meaningful. All the money I got will go to servicing my debt with a local loan shark who gave me money to buy inputs at the start of the season,” a teary Vianova said.

Most tobacco farmers in Zimbabwe are entangled in a vicious debt cycle, while getting poorer by the day.
Her friend, Jane Anderson (47), a widow, has also been waiting six days for payment. She complains about the treatment of farmers at the floors.

“I have been waiting for my payment for six days. It is tough out here because it is very cold. We have children and have been sleeping out in the open,” Anderson said.

Anderson, an independent farmer, has had challenges with her bank account, which has forced her to stay in Harare since last week.

She hopes the payment challenges will be addressed soon, to enable her to return home to her children. Despite sleeping in the open for six days, Anderson is however happy that she unshackled herself from the debt trap of contract farming.

“Before my husband died, we used to be contract farmers, but I immediately pulled out to start on my own. I am happy that no matter the sum, I will get here, it is for my family. Many farmers are struggling to pay these debts,” Anderson said.

Tavengwa Chiguma (51) and his friend Tichafara Machiridze (58) of Guruve, who have slept at the tobacco auction floors for two days, blame the government’s payment system for the delays.

At the start of the marketing season, the government said it would pay for 60% of the sales in US dollars while the remaining 40% would be paid in local currency at the prevailing rate. But farmers are not happy with the arrangement, which they blame for the delays.

“Normally we do not spend much time here but because of the 60-40 payment schemes for farmers, we have to make several trips to the bank until we withdraw all the money. They should give us our money at once,” Machiridze said.

Chiguma said: “Farmers cannot go back without money, so a lot of people are sleeping here. It is not healthy, there are no proper facilities for us to live comfortably while we are here. That needs to be addressed.”

While Zimbabwe’s tobacco industry remains one of the most lucrative in the country, farmers who toil the fields remain poor.

Many of the small-scale farmers complain they are being impoverished by merchants who are luring them into a debt trap.

After paying loans with interest, the farmers are left with nothing or very little to take home.

Since the chaotic fast-track land redistribution programme began in 2000, production of the golden leaf has been taken up mostly by black farmers.

While the contract-growing scheme has been hailed for reviving the sector, greedy elements have impoverished many hardworking farmers.

According to the regulatory body, the Tobacco Marketing Industry Board, 96% of tobacco farmers have been financed under the contract-growing scheme. An academic study, titled “Tobacco Farming and Current Debt Status Among Smallholder Farmers in Manicaland Province” commissioned by Tobacco Control in 2020 revealed that contract farmers are largely victims rather than beneficiaries of the system.

“There is no evidence to suggest that tobacco growing, in its current state, has benefitted the (black) tobacco farmers. Tobacco farmers are largely victims, rather than beneficiaries of the sector,” the report said.

But until the farmers get their full payment, they will continue to endure cold nights at auction floors while buyers enjoy their cosy, warm beds in the comfort of their homes.
Related Topics:
Up Next