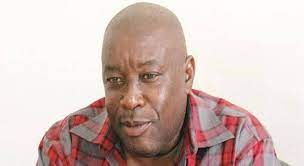 THE mid-1990s was a landmark era for some of my generation – when we were starting to develop a greater understanding of Zimbabwean football.

An initiation of sorts, for somebody like me, had been our national team’s famous 4-1 drubbing of South Africa in Harare in 1992, a real baptism of fire for the new democratic country in its first international football match since the end of global sporting sanctions earlier slapped on the preceding rogue nation.

As a young sports fan, based on various factors and mostly unique in each case, you basically choose the football team to make your emotional investment into.
Becoming a Dynamos fan for the first time back then – through a very close uncle who had the club running through his veins – for me the boyish love for the Harare giants was then probably cemented by that DeMbare had been champions of this country yet again in 1989, the same year I started junior school.
Eight years later, something whose significance I was not aware of at that time, happened.
Whilst Dynamos had taken the title in my first year of primary education, in my first year of senior school – 1996 – CAPS United clinched a historic championship following some pleasing and swashbuckling performances throughout the season.
It did not matter that I had been brought up on a strong diet of United’s fiercest city rivals. But it took some time for me to reconcile with the fact that the 1996 feat was, in fact, the first time CAPS were champions of Zimbabwean football in the post-Independence era.
Quite astonishing a statistic, for a club of the stature of CAPS, I have often thought to myself in much later years.
Before that, apart of course from the all-conquering Dynamos, only Black Rhinos in 1987 and Black Aces in 1992 had been the only teams from the capital city, Harare, to be crowned Zimbabwe’s champions.
But there was something about the CAPS United side of 1996 that re-defined the landscape of Zimbabwean domestic football and reminded everybody, unequivocally, who the real rival of Dynamos was in Harare.
In seasons before 1996, CAPS had acquired somewhat of a consolation reputation as the “Cup Kings” of Zimbabwean football, however a moniker deservedly earned because of the club’s domination of other silverware outside the big one, the league title.
The 1996 conquest, though, was timely and brought CAPS back into the reckoning – a sleeping giant to onward claim its rightful place among Zimbabwe’s traditional Big Three alongside Dynamos and Highlanders.
And that success was achieved with some style, too. The CAPS United side of 1996 will go down in history as one of the finest collections of gifted footballers to feature in one team in this country.
I will not attempt, in this column, to go into finer detail about that class of 1996, which I was lucky to watch closely throughout the season.
A lot has been said and written about it. This is a piece, in my own small way, to pay tribute to three recently departed personalities that have written their name into Zimbabwean football folklore, two being heroes of the CAPS feat of `96. Steve Kwashi, the architect of that triumphant CAPS side, was a larger-than-life personality and tactically-gifted coach, who died a fortnight ago at the age of 67. One of my fondest memories of Kwashi, in the year of United’s transformation, was seeing him regularly taking his morning walk and warmly greeting total strangers on the street.
His family home was and remained in the Mabelreign area, the same neighbourhood as our senior school. Boys walking or cycling to school may never forget this amiable character who would wave and smile at them on the road, like ordinary folk, yet on the next weekend afternoon he would have thousands of fanatical supporters singing his praises from the stands, urging him on to guide their beloved team to the Promised Land for the first time in 17 years.
The coach had a son called Fungai, nicknamed Tostao, who went to the sporty Prince Edward School and played football in their first team, and excelled to become a sporting hero at a school not short of revered stars across a variety of disciplines.
Senior boys on our side of the city spoke rather wishfully how Tostao would have been a credit to our
own school football team, given he hailed from the neighbourhood.
But then Tostao was not the only one from that part of town to have gone to Prince Edward thanks to superior sporting credentials.
He was young then, Tostao, when he played under his father in that title-winning CAPS side.
But rookies like him benefitted from the assuring presence of dedicated senior players, one being the vice-captain of the `96 class, a club legend named Joe “Kode” Mugabe.
The ex-CAPS midfield stalwart passed on in England last week, aged 52, plunging adoring fans into mourning and delivering a sombre reminder to the historic achievement of 1996.
At school, I had befriended a classmate from Mufakose, a staunch CAPS fan alongside his father.
If I wanted, his old man had offered back then through his son, I could join them to United’s home matches in Harare and they would pick me up in town.
Because of the gifts of players like Kode and others, I obliged and together off we went on a memorable journey that season. A journey that helped shape, forever, my personal interest in Zimbabwean domestic football.
In the midst of mourning, Zimbabwean football was again robbed, this week, when Highlanders great Ernest “Maphepha” Sibanda died at the age of 63.
A legend of the Bulawayo giants as a player, Sibanda would later become the club’s very competent team manager when Bosso won four titles in succession between 1998 and 2002, in addition to also managing Zimbabwe’s national side.
Death, as inevitable as it is, and as regular as it strikes sometimes as in this instance, is always a hammer blow.
We have however cherish the memories they have left behind.
Related Topics:
Up Next

HawkZone: No harm in being optimistic, once again