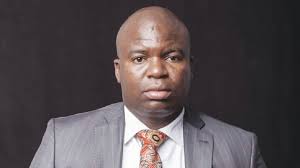 ON the northern side of Zimbabwe’s capital city Harare, between a golf course, wedding venues and a growing middle-class neighbourhood, is Pomona, the city’s primary landfill site.

This site has become the ground for the latest political tussle in Zimbabwe which pits the Zanu PF-led national government against the opposition-led local government and brings to the forefront the nascent political issue of the environment and climate change.

Amid corruption, poor service delivery and the fight for democratic space, there is the possibility of creating a decentralised, organic compost system that is community-owned and supports Harare’s sizeable urban agricultural sector.

The genesis of the matter is that Harare has a significant refuse collection crisis. Twenty years of deteriorating service delivery has resulted in Harare City Council, at the beginning of this year, having only seven refuse trucks servicing 46 wards in a city with a population of 2-million.

Waste dumpsites have become the norm, particularly in high-density suburbs that cannot afford the private refuse collection services that have sprung up over the last decade to fill the service gap left by the council. The Pomona dumpsite, which has filled up over the years, has become a fire hazard as well as an environmental problem.

To deal with the growing waste problem, the city council sent out two bids through a public tender process in 2016 and 2018. The first tender fell through because interested parties questioned the council’s ability to uphold their side of the potential agreement, which was to deliver enough waste to the dumpsite. The problem was not insufficient waste in Harare, but the before-mentioned logistical issue of the lack of operational refuse trucks. The 2018 tender collapsed after the council failed to receive clearance from the State Procurement Board.

In 2021, the national government decided to get involved in trying to find investment for the dump site.

A Dutch-registered company, Geogenix, came into the fold. Without a feasibility study being conducted, an agreement was signed that had the town clerk, Office of the President, the central bank and ministry of Local Government representatives as signatories, as well as councillors from the MDC-T. According to reports, the contract is stipulated to be valid for 30 years.

Harare will pay US$40 per tonne to Geogenix. In the first year of the contract, the city is obliged to pay US$8.03 million. By the fifth year of this contract, the figure would have risen to a minimum of US$14.6 million annually.

On the surface, the above explanation appears to be a simple issue of a city struggling to raise investment funds and the national government coming in to save the day. However, a dark undercurrent of dirty politics has been at play with the awarding of the contract to Geogenix.

Since 2000, there has been a toxic history of animosity between the national government and urban local government in Zimbabwe. At the turn of the century, urban city councils became political havens for the main opposition party, the MDC, as they tried to wrestle power away from Zanu PF. As a result, the ministry of local government under the Zanu PF government changed from being in the lower rungs of political power to becoming very powerful and important.

This has occurred alongside urban councils losing the administrative autonomy they previously held over service provisions such as power supply, water and management of roads. The 2013 constitution in section 264 entrenched devolution into the nation’s laws, but the national government has purposefully delayed aligning acts of Parliament — in this case, the 1995 Urban Councils Act — to extend their control over urban councils.

In this context, the awarding of the Pomona dumpsite contract by the national government is an act of authoritarianism designed to enrich individuals linked to the corridors of power.

It has been established that Geogenix belongs to controversial Albanian businessman Mirel Mertiri, who was a subject of the Paradise Papers investigation. Mertiri’s Zimbabwean business partner is Delish Nguwaya (pictured), who has links to President Emmerson Mnangagwa’s sons. Nguwaya was charged with fraud after a leak came out that a contract he received from the government of Zimbabwe to supply drugs and equipment worth US$60 million was grossly inflated.

The Pomona deal appears to be yet another attempt to fleece money from citizens through a government contract. It is also worth mentioning that the day when the Pomona dumpsite contract was signed, Mafume, who has been a vocal critic of the national government, was serving a suspension from his position, which was later overturned by the courts. Mafume has expressed his anger, repeatedly arguing that as the local council, “we have lost our power station, our roads and now Pomona. We can’t keep on losing”.

Mafume has managed to halt the Pomona contract awarded to Geogenix, and has staunchly refused to pay the bill of US$780 000 due for May only. This is a noble effort, but Harare still has a waste problem. Only seven functional refuse trucks are operational, and the council is relying on private sector involvement, which is not accessible to all.

While Mafume fights the authoritarian measures of the national government, there is a need to provide alternative solutions that deepen democracy, increase citizen engagement, and go a long way towards solving the waste crisis in Harare.

One such solution that can be adopted is the city council establishing a “city compost programme”. City compost programmes are when cities actively adopt a plan to establish composting sites in as many areas as possible within the city, usually based at community centres, schools, hospitals or farmers’ markets.

Over 50% of municipal waste in most average developing countries is organic, meaning it can be turned into compost. City compost programmes have the benefit of diverting food waste from landfills, reducing methane emissions and producing compost.

Compost is crucial for Harare’s economic ecosystem, as about 10% of land in the capital is used for urban agriculture.  Due to the Ukraine war, global synthetic fertiliser prices have increased by over 100%, which means most urban farmers will not be able to afford fertiliser in the upcoming farming season.

Compost fertiliser costs about seven to nine times less than synthetic fertiliser. This will create a virtuous environmental cycle in which citizens dispose of their waste in a responsible way to create dirty black gold.

Additionally, establishing a city composting programme provides a chance to decentralise and democratise how Harare deals with waste. Structurally speaking, the reason Geogenix is interested in the Pomona deal is that a city of about two-million people structurally relies on dumping all their waste in one area. This is a conducive structure for the monopolisation of an industry that elitist capitalism relies on to maximise profits.

Establishing decentralised composting programmes that compost at the source of waste will weaken Zimbabwe’s government’s hold on city councils. A decentralised waste system will increase citizen participation in an important issue, cultivating democratic structures of social ownership from below.

It is easy to imagine each of the 47 wards in Harare having at least two compost sites, with other compost sites at famous farmers’ markets such as Mbare Musika.

This article was first submitted to the Canon Collins Troubling Power Essay Competition.

About the writer: Kuda Manjonjo is a democratic activist based in Zimbabwe. His main interests are community-led socioeconomic political activism and the growth of the global solidarity economy. He is also the author of the book, Aluta Continua – The Struggle Continues, a Canon Collins PhD scholar at the University of the Witwatersrand in South Africa and a PhD fellow at the Southern Centre for Inequality Studies.

Zimbabweans stand to lose in the 2023 elections