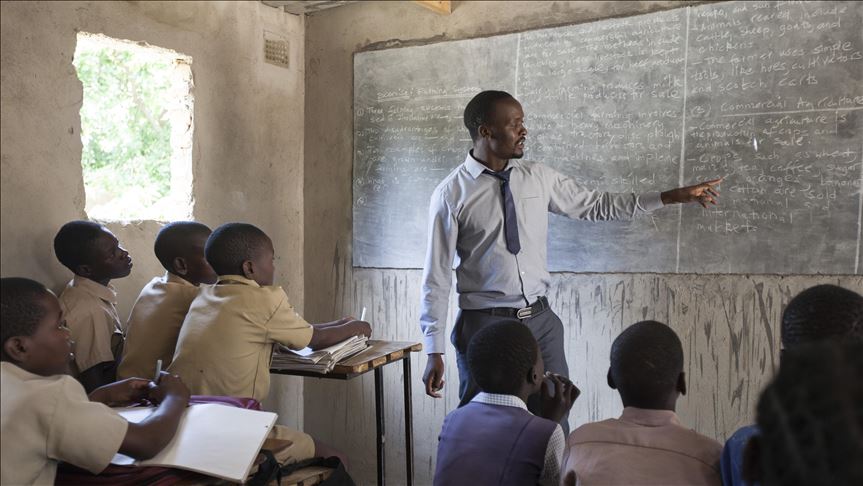 PRESIDENT Emmerson Mnangagwa’s government should urgently address teachers’ grievances if his regime is sincere about securing the future of millions of school children, analysts have said.

The future of education looks bleak as the impasse between teachers and the government continues, with no end in sight.

Although the love-hate relationship between government officials and teachers has continued for decades on the back of a crumbling economy, their plight has worsened over the past four years.

Now barely getting enough to survive, teachers say they are living like paupers, yet they carry the responsibility of educating the nation.

Constant teacher strikes are a stark reminder that Zimbabwe’s education system is in crisis and may continue on that path until the government realises that the teacher deserves a decent wage.

It is however sickening that the government treats each industrial action as a direct attack on the state or the regime.

The never-ending cat-and-mouse game is a cause for concern, considering the deteriorating educational standards in Zimbabwe.

Reeling from a 12-month disruption on the school calendar due to Covid-19, where pupils had to rely on expensive home schooling. They however continue to bear the brunt of a failed education system.

The government soon responded with a crackdown on backyard schools, shutting down some and arresting the teachers.

The iron-fisted response to teachers conducting extra lessons, especially for examination classes, was widely viewed as counterproductive as schools were shut over a long period.

Apart from assisting scholars prepare for final examinations, the private lessons also augmented teachers’ poor salaries. But the government has forged ahead with its crackdown.

During this period, the government introduced online lesson, but most poor families could not afford data, a situation that excluded most scholars from accessing education at home.  Despite spirited efforts by teachers’ associations to engage the government on the salary issue, the authorities have thrown out educators’ petitions.

This is tantamount to killing the goose that lays the golden egg as the future of scholars depends on the teachers.  The teaching profession is central to any nation’s development and the welfare of these professionals must be treated with utmost priority.

The current impasse between the government and teachers who re[1]fused to go back to class after schools opened on Monday shows how the government does not prioritise the teaching profession.

Instead of calling for dialogue, the government responded in typical hardline stance, issuing chilling threats that any teacher who does not report for work will be punished.  The “no work, no pay” threat is meant to whip “rogue” teachers in line.

The government, through the ministry of Primary and Secondary Education, also announced that a daily roll call of teachers will be conducted at schools to fish out the striking educators.  True to form, the government has reacted “military” style.

Mnangagwa’s regime has an opportunity to show the world that a new culture of dialogue with citizens is possible.

Announcing a blanket US$100 “cushioning” salary increment this week was another sign of failure to open dialogue and negotiate.

Teachers have demanded a US$540 living wage, but their pleas continue to fall on deaf ears.  They maintain that they are incapacitated.

“Teachers are simply asking the government to return their salaries’ purchasing power to pre-October 2018 levels of at least US$540,” Progressive Teachers’ Union of Zimbabwe (PTUZ) communications secretary Peter Machenjera said.

The circular was also used to threaten teachers with suspension.

“The government should simply give money to teachers, and everything will fall into place. Imagine that teachers received a salary of around ZW$20 000 on January 18, 2022, and anyone assuming that teachers were supposed to save something so that they could travel to their various stations is insane. That money they pay teachers is their children’s pocket money for one weekend,” Machenjere said.

“Teachers cannot afford to pay tuition for their own children, even at the schools where they teach, and yet they are expected to teach. Teachers are unable to purchase basics such as clothing or pay utility bills while the government pretends that everything is normal,” he added.

“As previously stated, there was no agreement and no collective bargaining. It’s a case of take-it-or-leave-it,” he said.

While the government continues taking a hardline stance towards teachers, public commentators say the authorities should instead engage the educators, hear their grievances and find a solution.

Zimbabwe risks plunging yet another generation into hopelessness if teachers continue to stay away from classrooms.